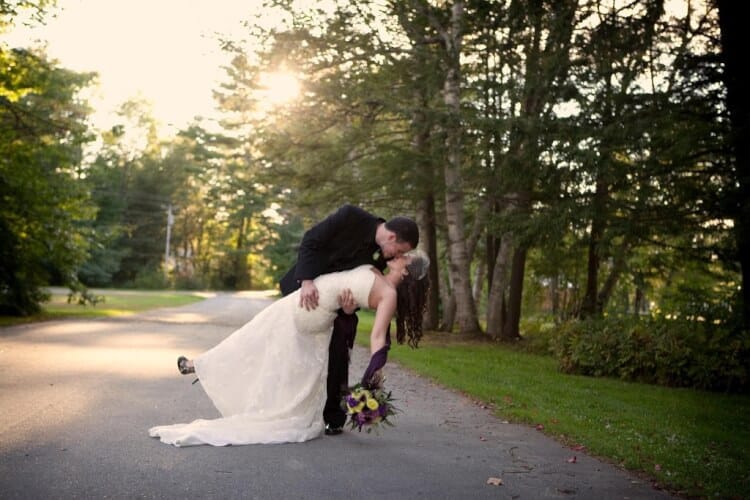 Last week Matt and I celebrated our eighth dating anniversary and our second wedding anniversary. It seems unreal that eight years have come and gone since that raining homecoming weekend in high school, and even crazier that two years have lapsed since our wedding. You can read about our Wedding Day here. 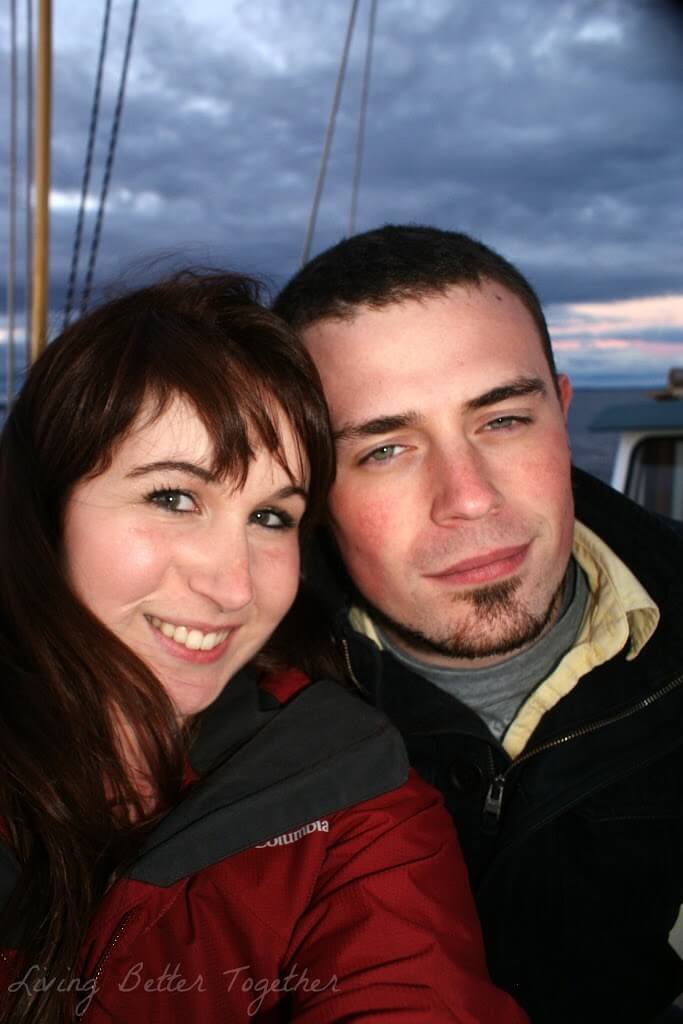 We decided to stay local and do a sunset sail in Belfast, you might remember another celebratory adventure in Belfast here. We made reservations on the Miss Nina for a dinner sail, we had the boat to ourselves other than the three man crew and it was so nice to be away from everything for a little while just enjoying each others company. 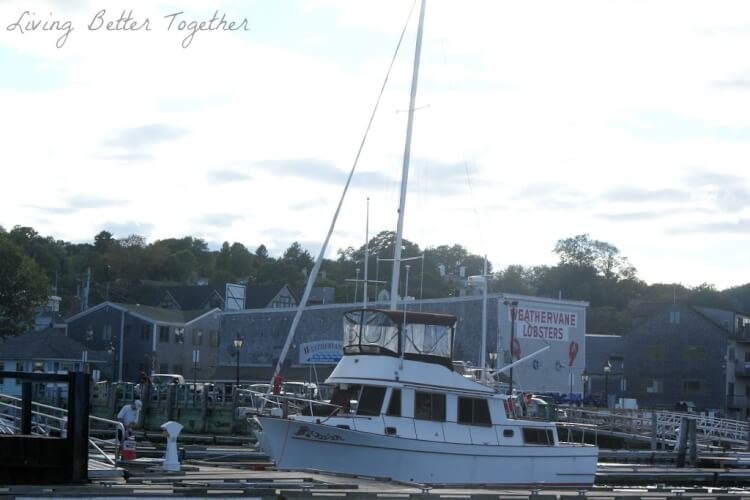 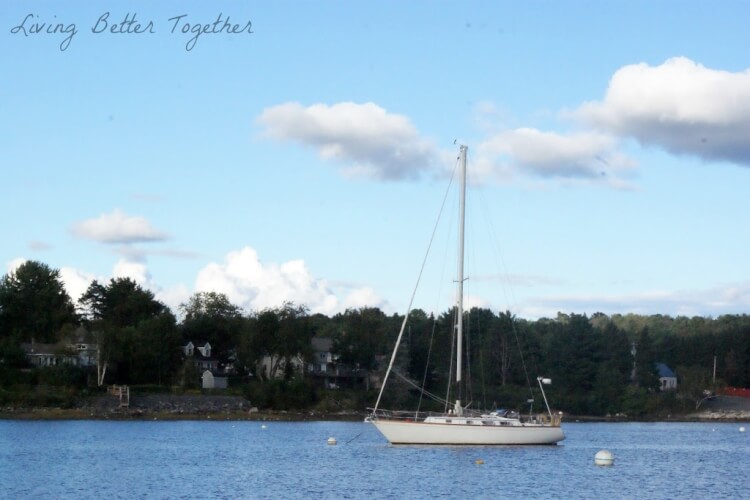 Can you tell he doesn’t really like to smile for the camera? 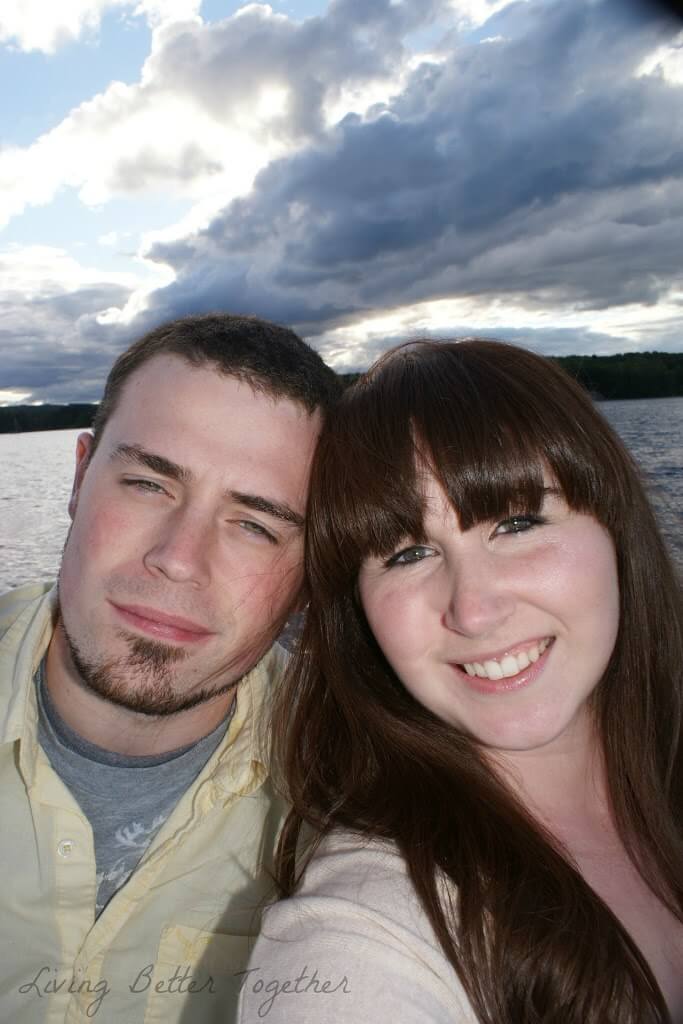 Oh there we go! 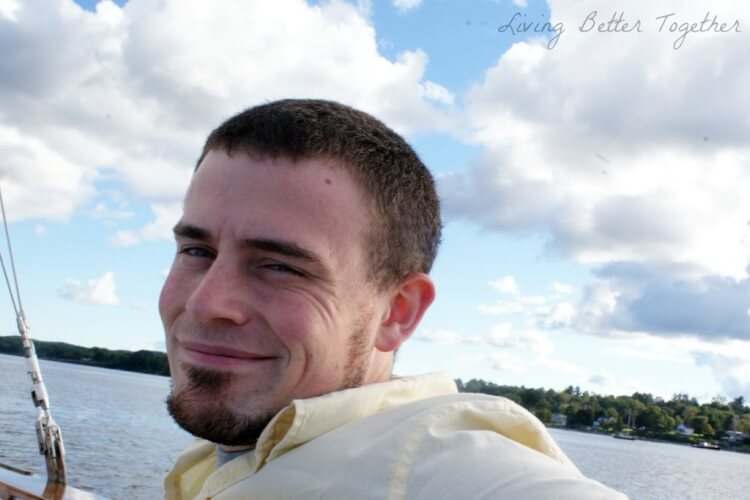 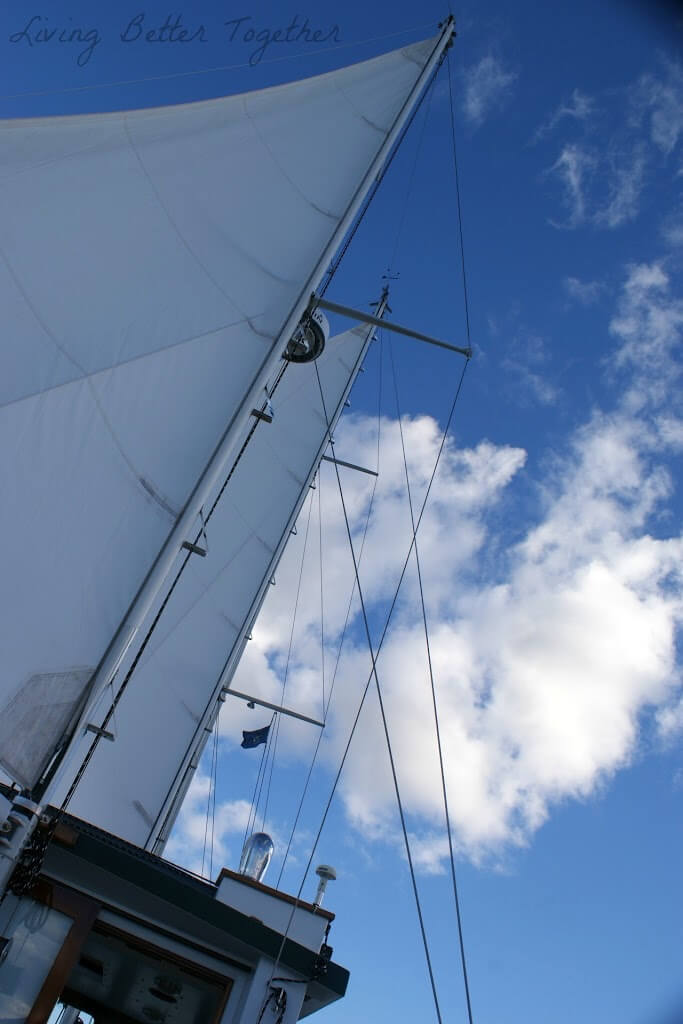 We had such a great time out in boat reminiscing and making plans while watching the sunset and the shore light up after dark. If you’re ever in the Belfast area, I highly recommend booking the Miss Nina for your special event! 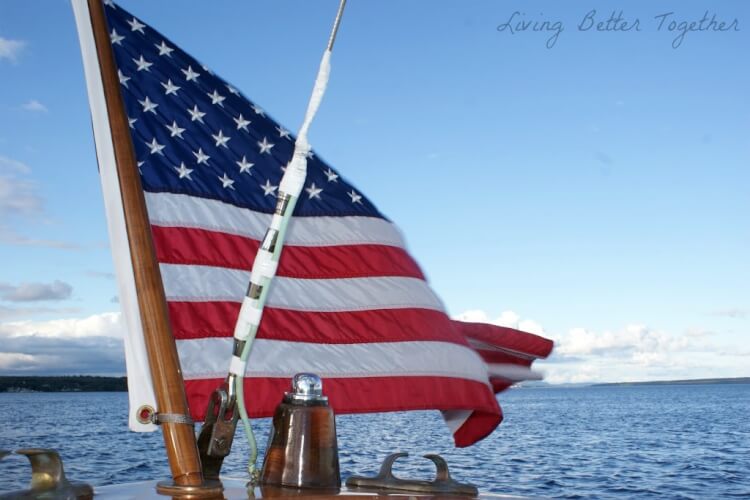 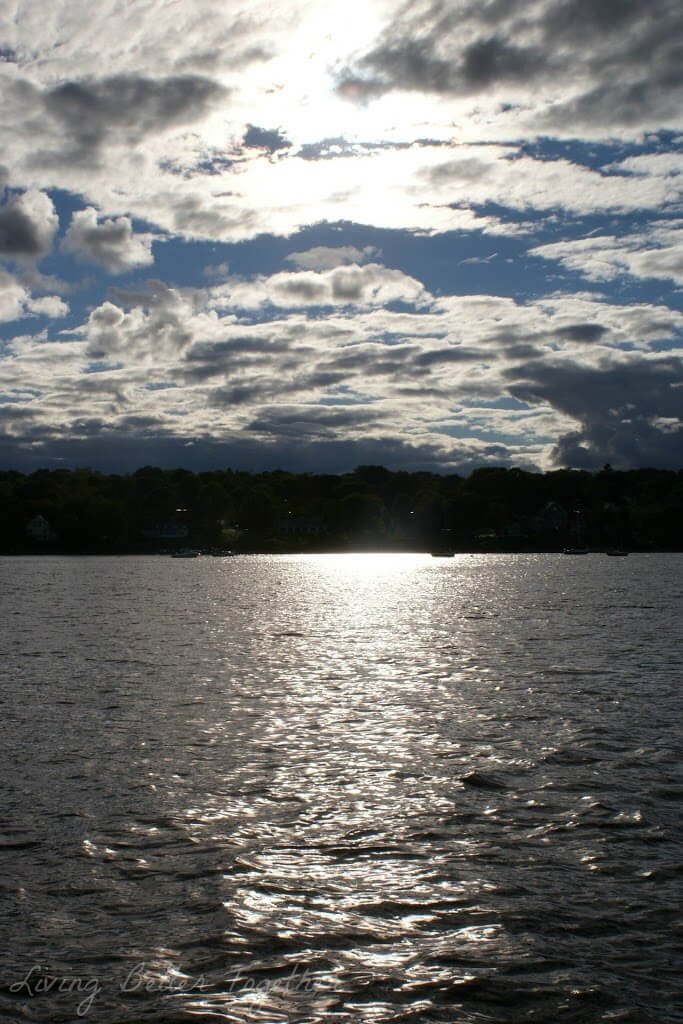 Beautiful sunset! The sky was filled with pinks and purples during dinner. 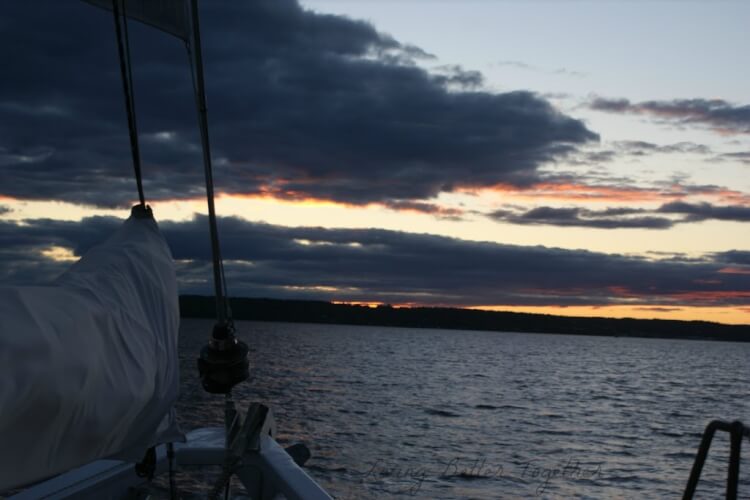 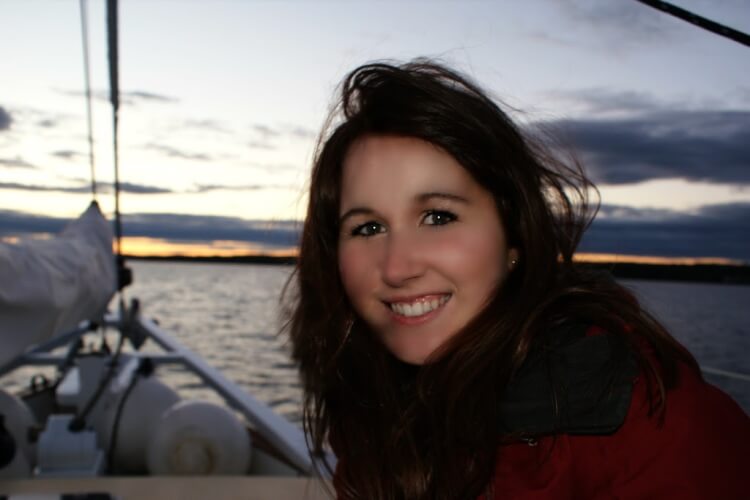 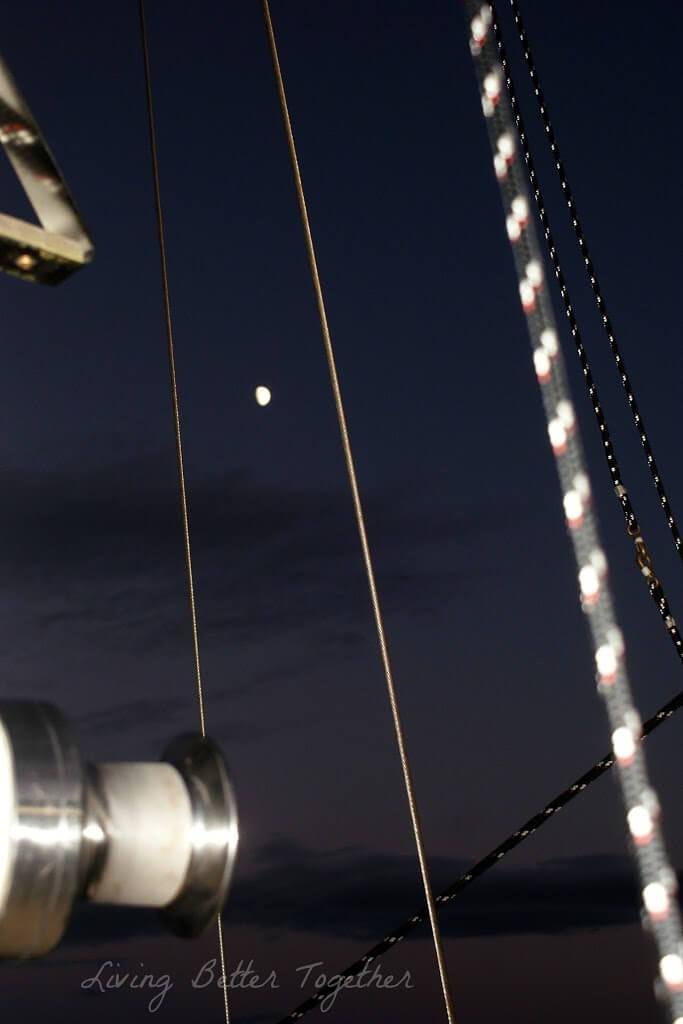 We celebrated on our actual anniversary with an evening in with take out. Dessert from Longhorn and dinner from The Olive Garden. We played some Bananagrams, kept our phones and computers away and eventually picked out She’s All That to watch. We wanted to watch 10 Things I Hate About You, but couldn’t find it on Netflix – Note to self: add to Christmas list – so She’s All That is was. It was great to cuddle up on the couch and watch a good old fashioned 90s movie!
Even though we usually count our anniversary by the number of years we’ve been together, we still try to base our gifts off the traditional gift list. This year, the second year, was cotton. Matt got me these beautiful cotton peonies – my favorite – in blue to match my dining room make over. I love that years down the road, i’ll still have the flower he got me for our anniversary! I think they’ll look perfect in an old milk bottle. 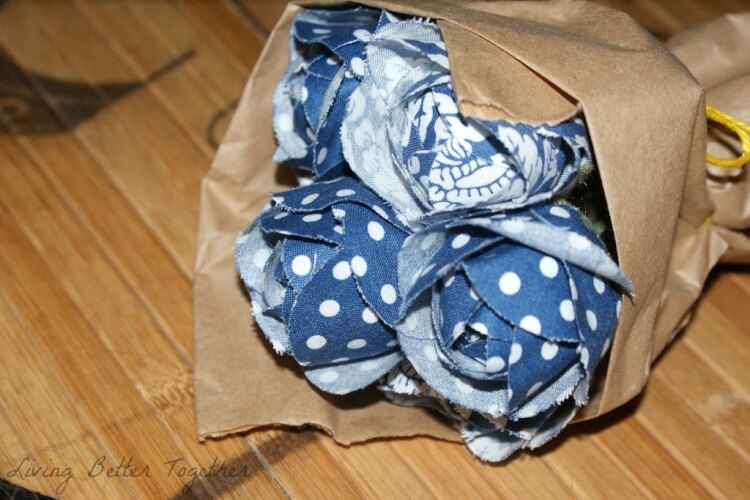 I got Matt a suit for a gift, but gave it to him early so he could have it for job interviews. However, I also wanted to get him something sentimental but that also went with the original gift. I decided on personalized collar stays with lyrics from Jack Johnson’s new single I’ve Got You. 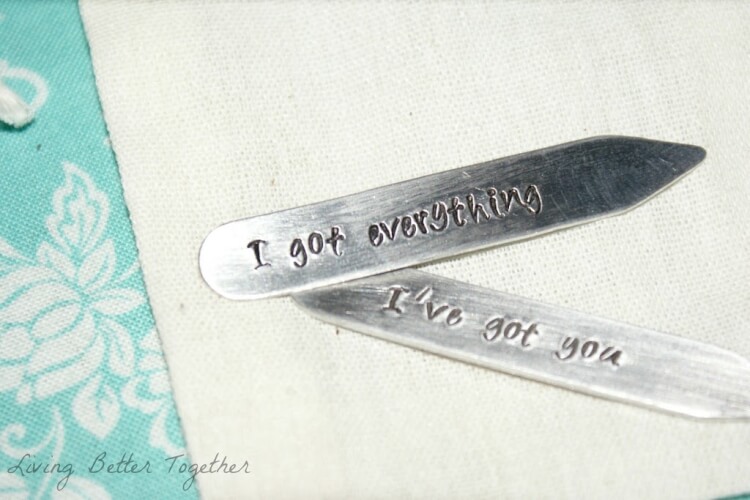 We ended up getting the same card for each other… clearly, we think a lot alike. 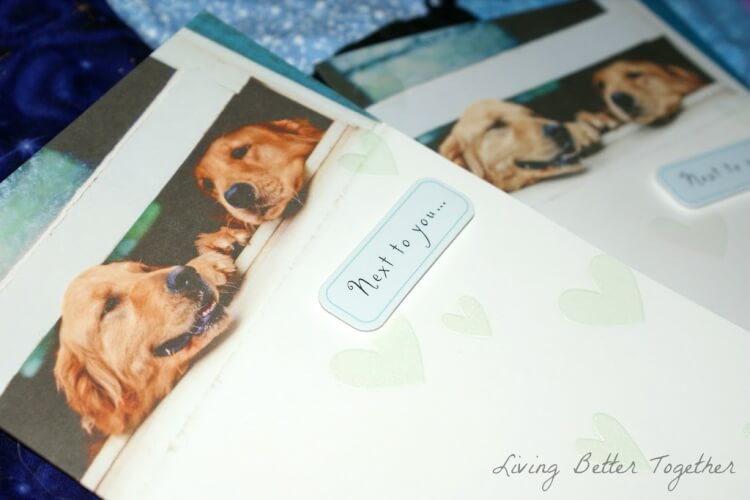 Unfortunately, we got married before I knew about Pinterest… wah!
I should get a redo… just kidding, Matt would kill me!
However, I did love an idea I found on Pinterest after our wedding, that was to take a photo every year on our Anniversary!
Our Wedding Day 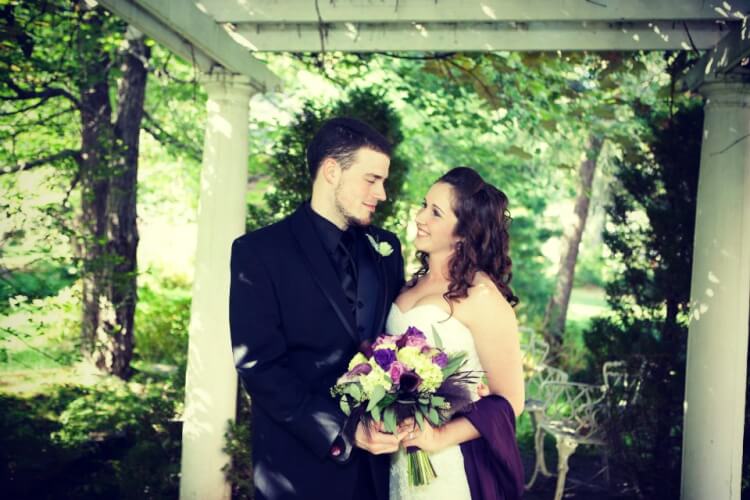 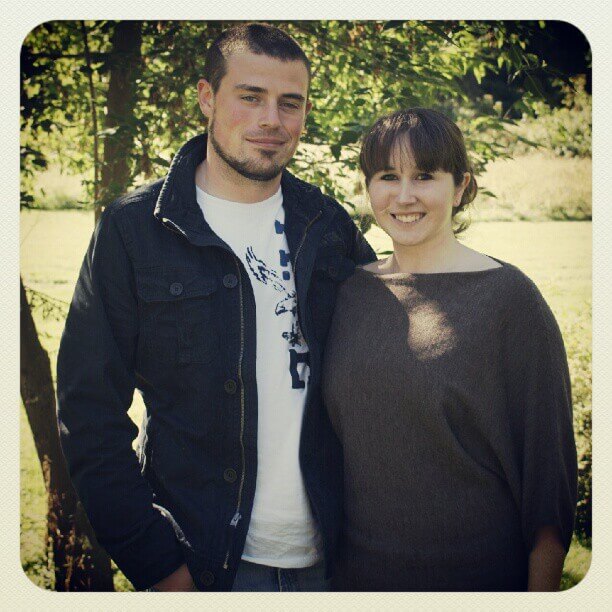 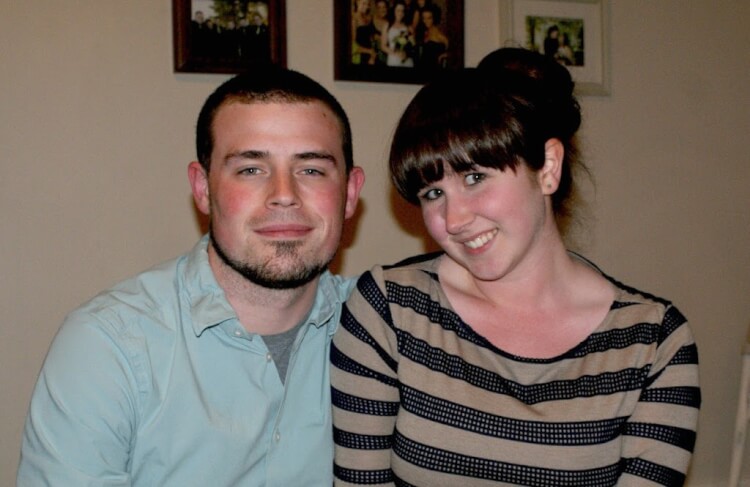 So far we’ve had a beautiful life together and I am so excited for all that lies ahead, I wouldn’t want to enjoy the ride with anyone else.