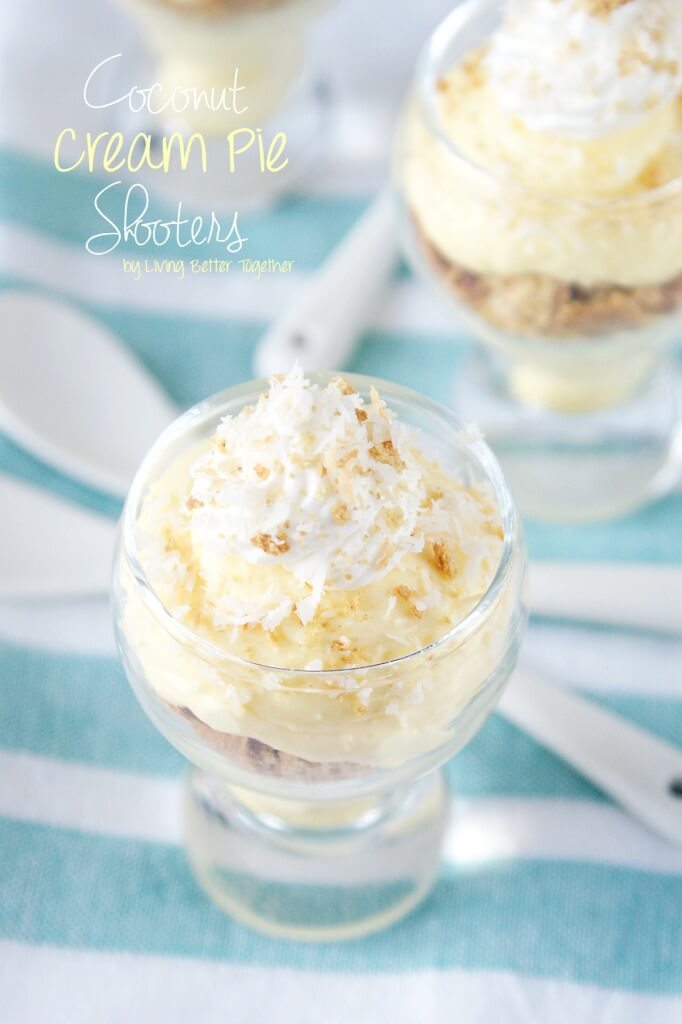 So I’ve made it through my first week on Weight Watchers and I think it’s been pretty successful!  I’ll weigh in tomorrow to see if I’ve made any progress on the scale, but I’ve been drinking a lot more water and feel like I have more energy. Since fruits and veggies have zero points I’ve definitely been eating a lot more of those when I need a snack, and I’ve made an effort to work them into my other meals too. I stayed under my daily point limit each day last week and yesterday was the first day I dipped into my weekly points and that was only by 3, so I’m pretty impressed with myself for not having killed all of my extra weekly points! Last week I made the Vanilla Latte Mousse Shooters to get me through my dessert cravings and since you guys seemed to love them too, I thought I’d make another this week. I might as well start calling these Shooter Sundays because that seems to be the new trend here! This week’s Weight Watchers dessert are these sweet little Coconut Cream Pie Shooters.

They’re everything you love about the classic coconut cream pie, but they’re so much cuter! A creamy mix of coconut cream pudding and cool whip, layered with crushed honey grahams and topped with toasted coconut… seriously, so good! I’ve always loved coconut and there’s just something about it that’s so nostalgic comforting when you add a crust and some cream, don’t you agree? These shooters do have a higher point value than the Vanilla Latte ones because I ate two of those each night last week and I decided to just make less of these and fill them a little more. What kind of shooter do you guys want to see next weekend? 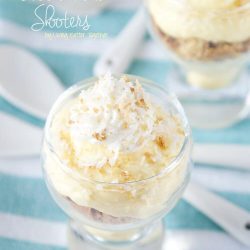 Rebecca Hubbell
Everything you love about the classic coconut cream pie in a shooter.
No ratings yet
Prevent your screen from going dark
Print Recipe Pin Recipe Rate this Recipe
Prep Time 10 mins
Servings 12 Shooters