These Snickerdoodle Cupcakes are everything you love about the classic cinnamon sugar cookie in cupcake form! 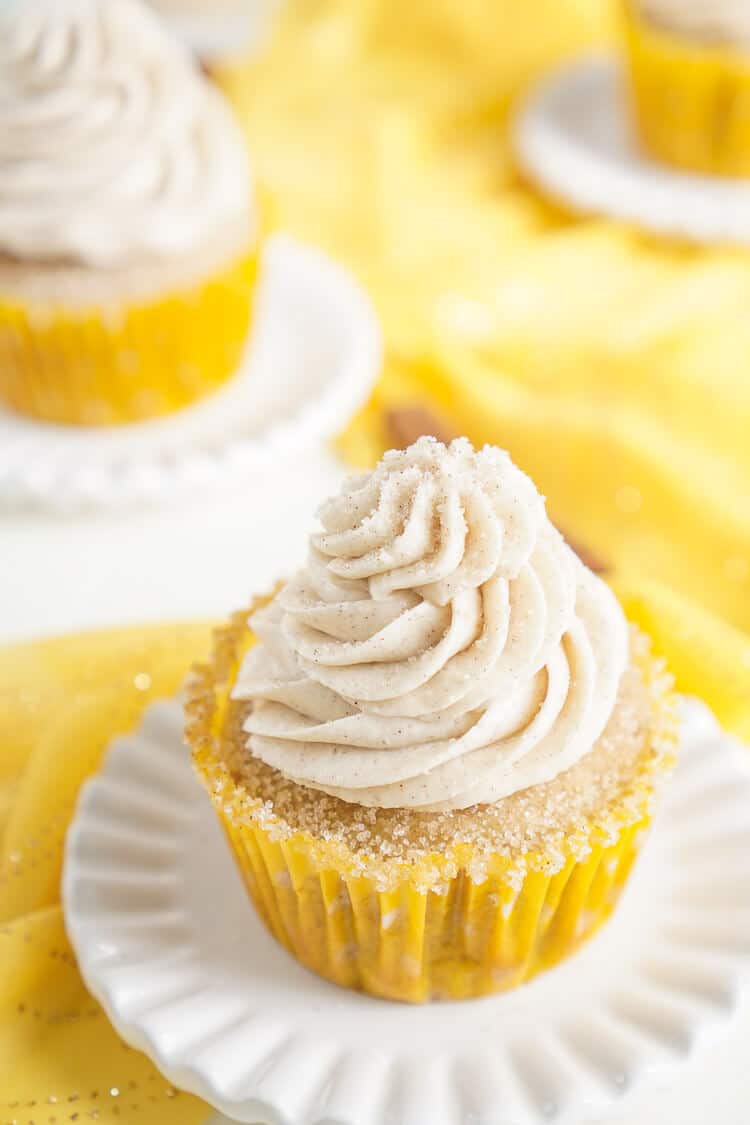 So I’ve been on a bit of a snickerdoodle kick since I posted my 5-ingredient Snickerdoodle Sweet Rolls last week. There’s just something about that cinnamon and sugar combo when it’s added to baked goods, am I right? 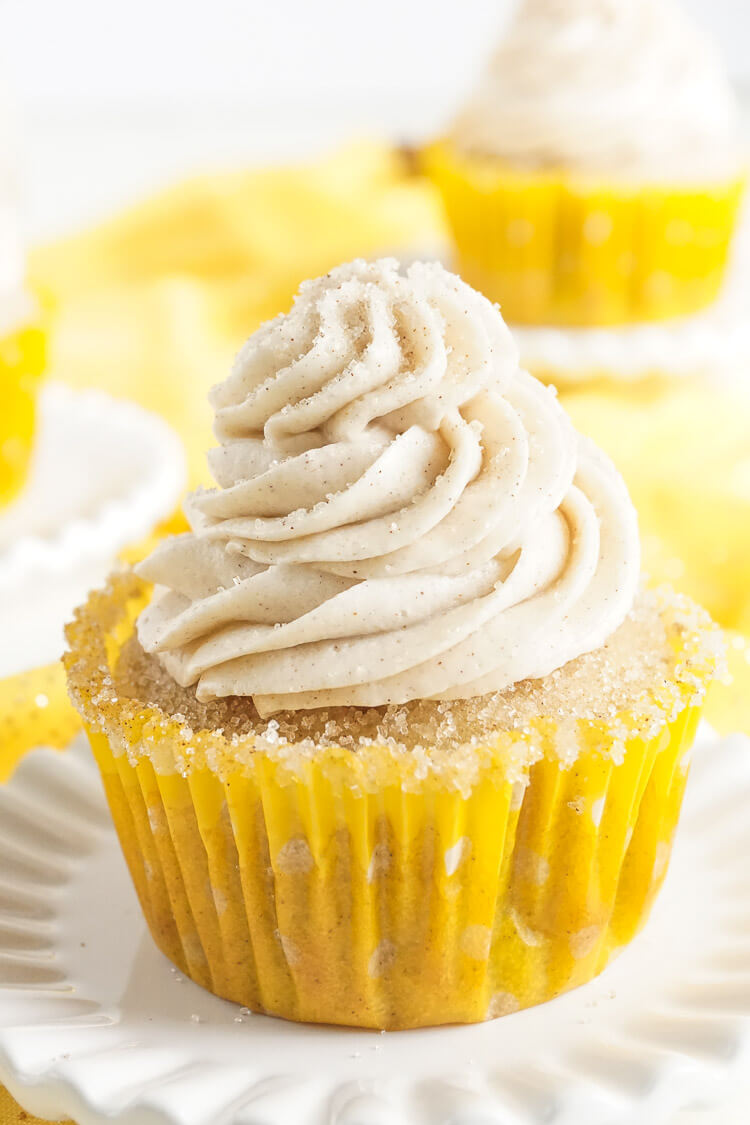 It’s been a while since I posted a cupcake too, I mean, it’s been at least a month and something just isn’t right about that. But it hasn’t stopped you guys from gobbling up some older cupcake recipes like my White Chocolate Raspberry Champagne Cupcakes or my Dark Chocolate with Raspberry Vanilla Creme Cupcakes! 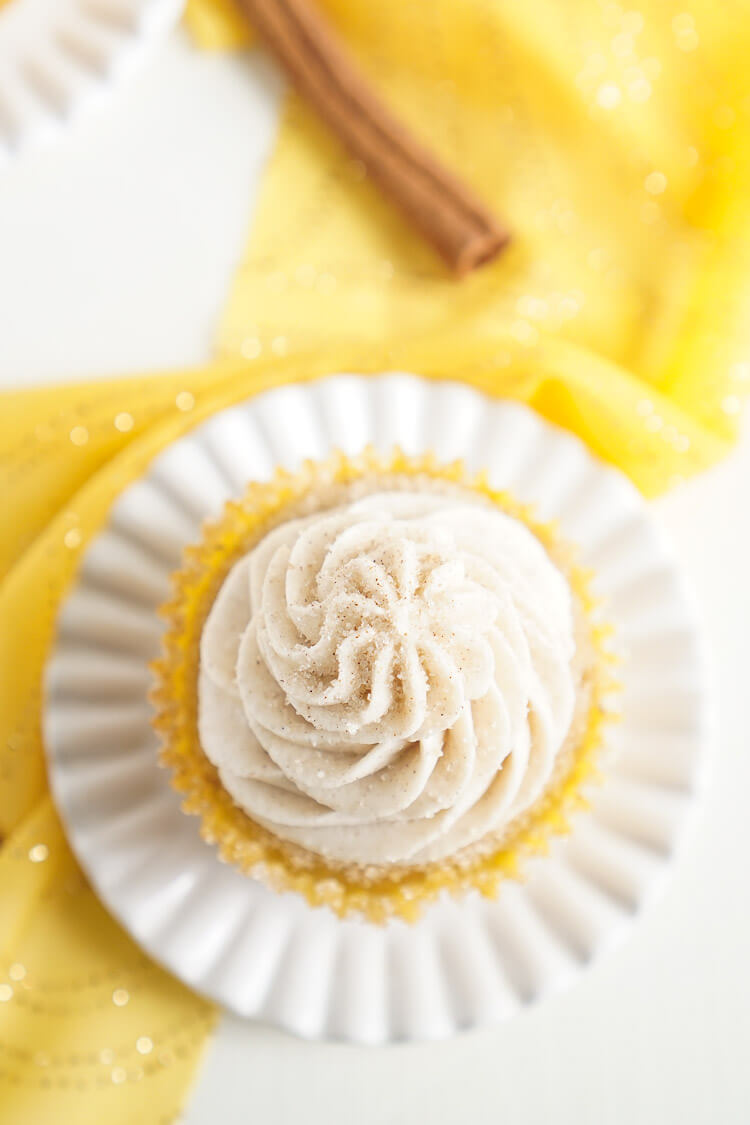 These cupcakes are the perfect transitional cupcake as we leave behind the crisp fall and move into a cozy winter. I love these cupcakes because they’re a little denser than usual, almost like a muffin texture, which in my opinion makes them a perfectly acceptable breakfast cupcake. It’s the holidays after all, let’s splurge a little! 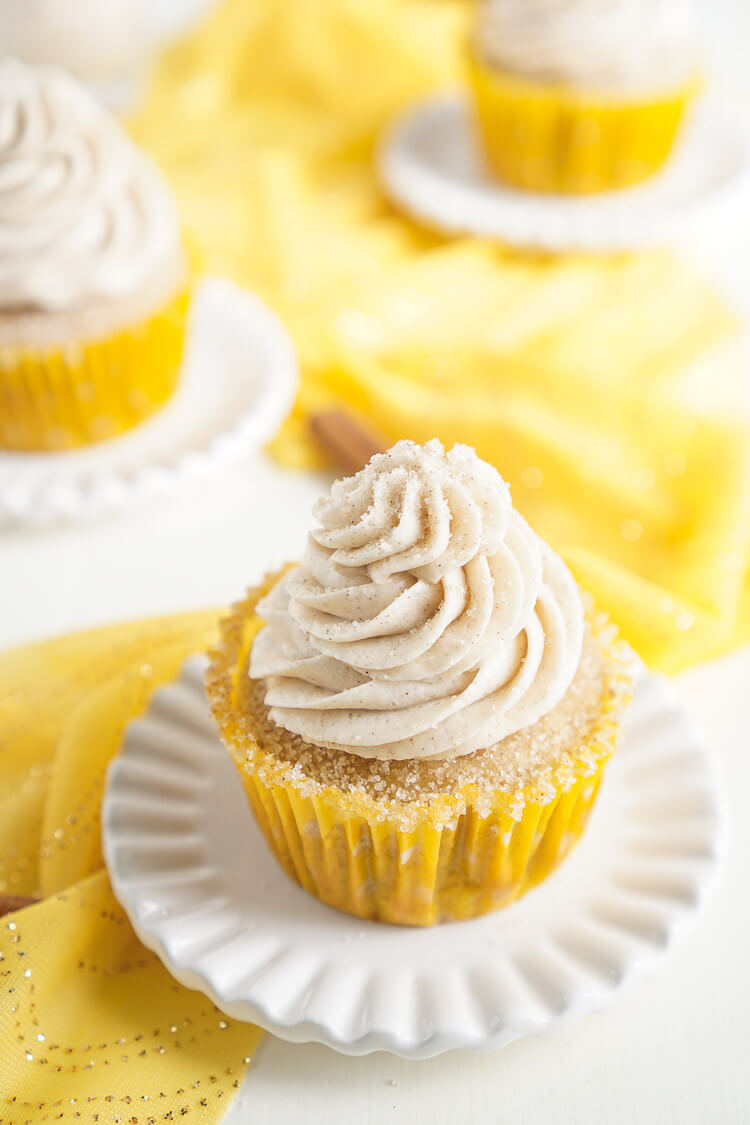 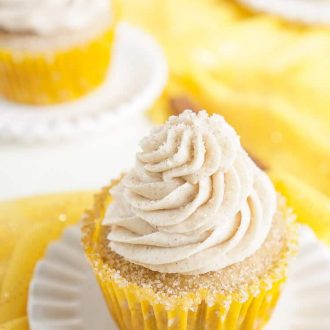 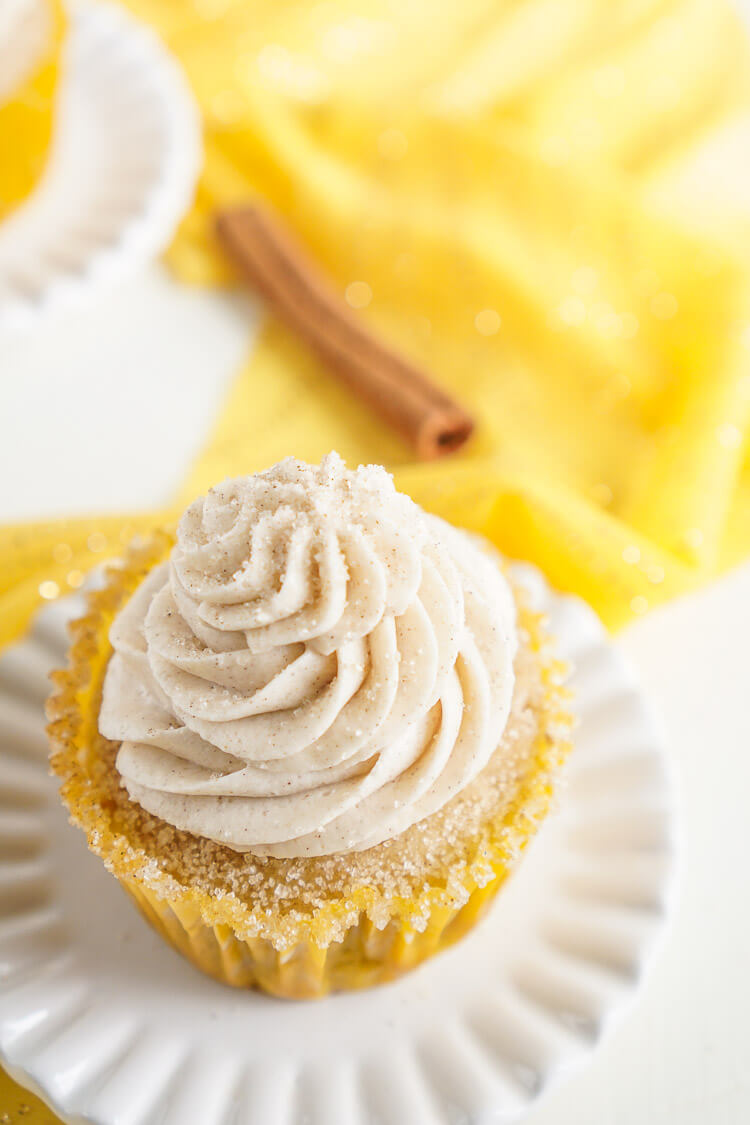 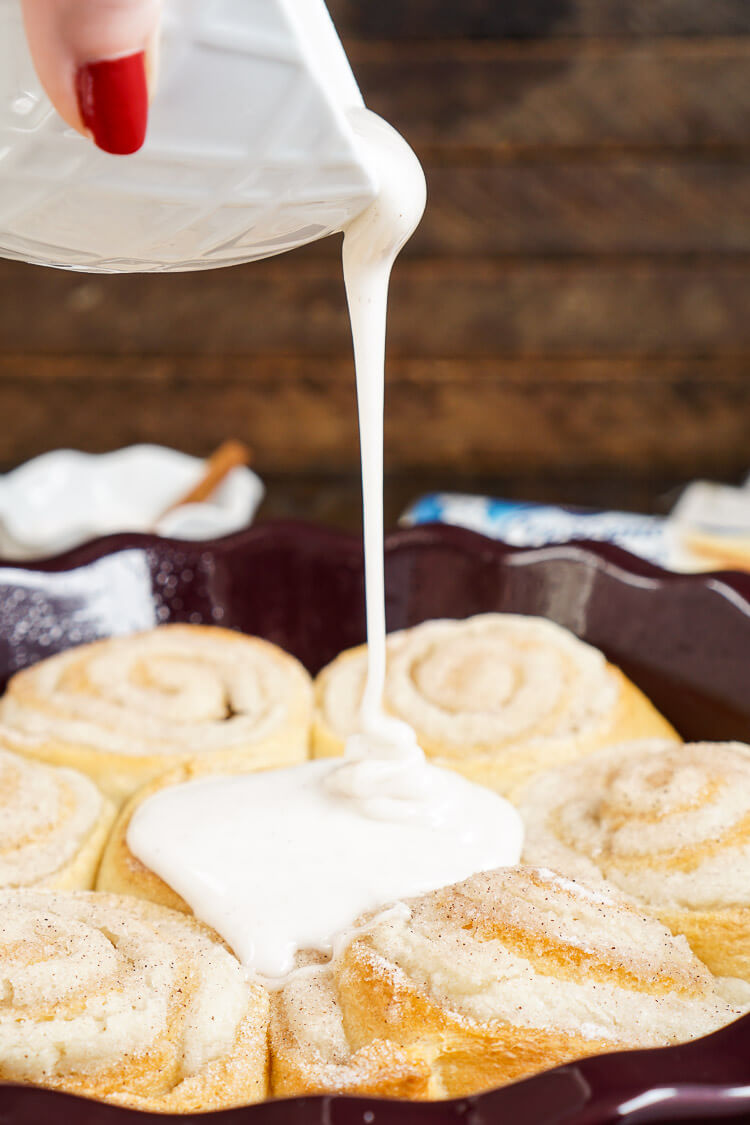 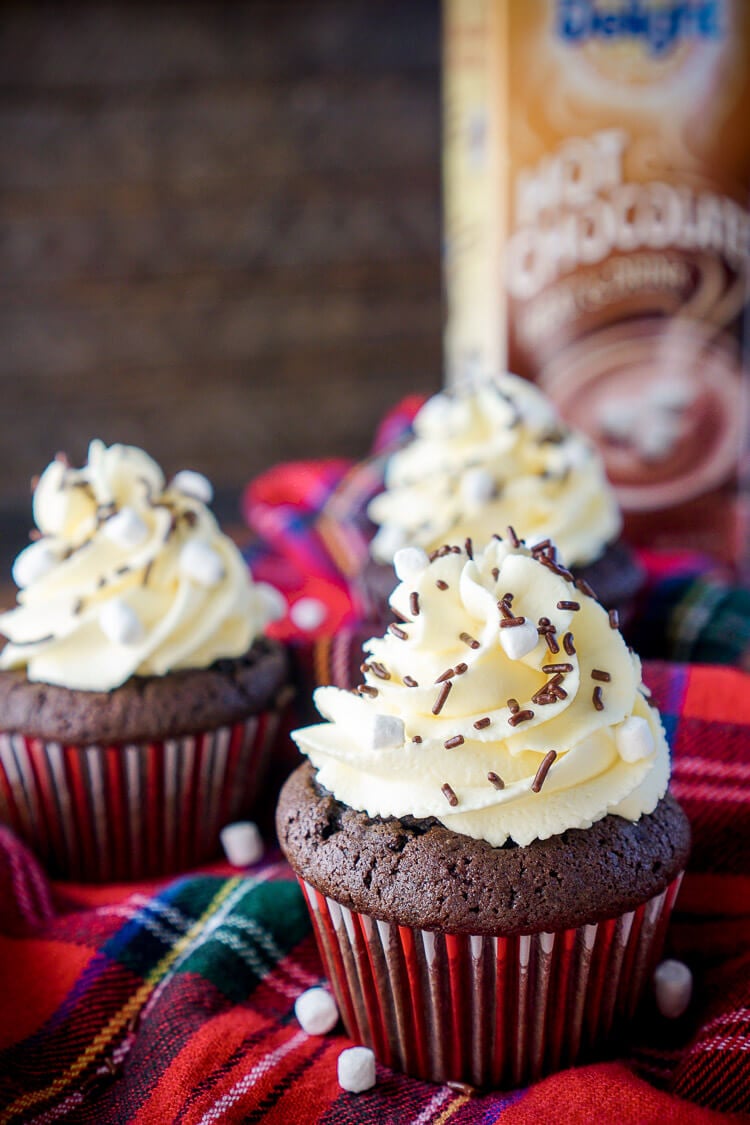