This Dulce de leche recipe is made with 1 ingredient in the slow cooker! It’s a super easy recipe to make and the results are a rich and sticky golden sauce you’ll want to put on everything! 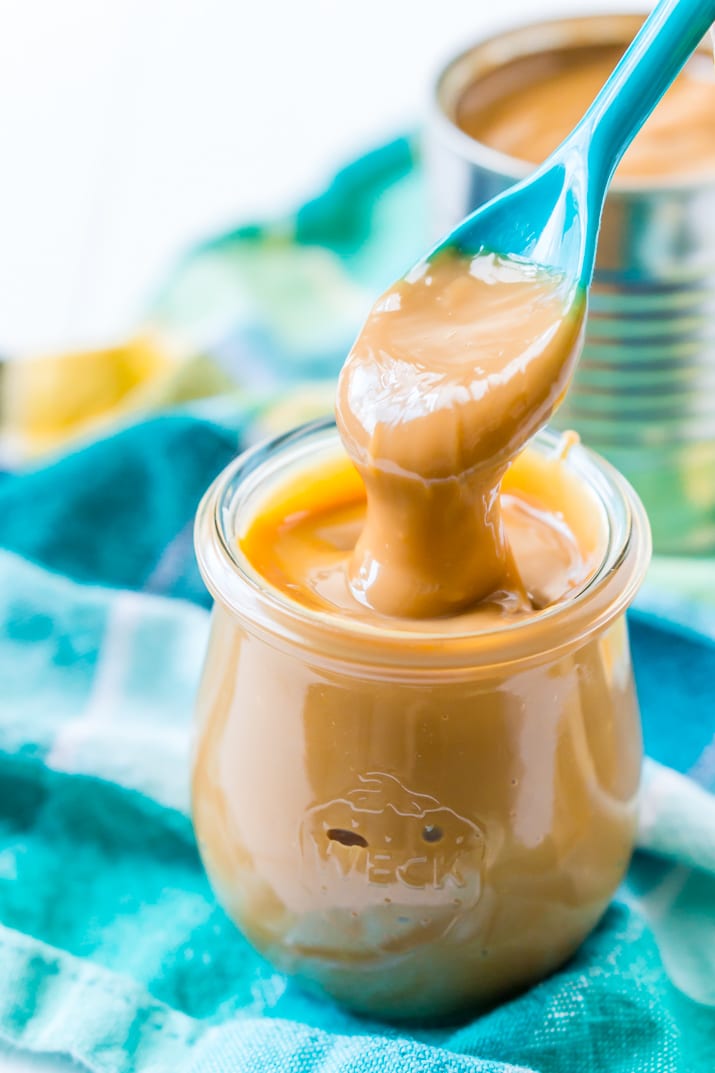 Dulce de leche sounds like something that would be hard to make, doesn’t it? But did you know this thick and delicious confection can be made with just one ingredient? That’s right! ONE!

And it can also be made in the slow cooker, which means it’s a super easy and super hand-off recipe which yields amazingly gooey results! I promise you’ll want to put this on everything!

I use this recipe in my Banoffee Pie because it’s an easy and delicious stand-in for traditional toffee/caramel. And honestly, it’s still so delicious that no one will know the difference! 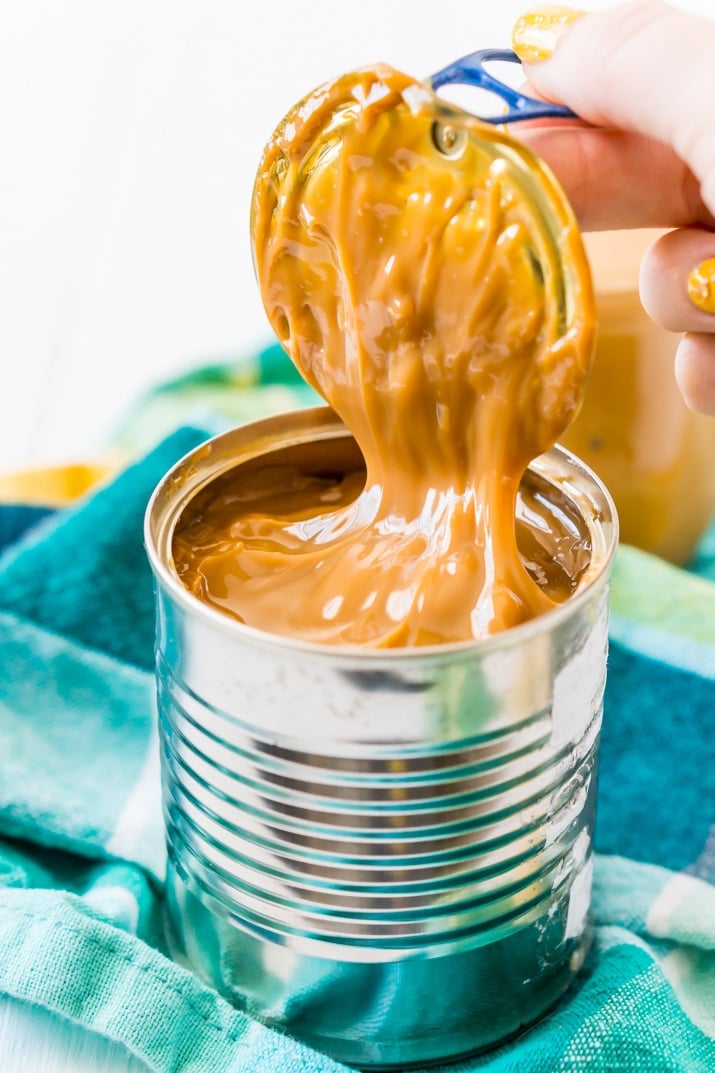 What’s the difference between Caramel and Dulce de leche?

They are very similar in flavor, texture, and color, but are actually made from different ingredients. Caramel is made from water and sugar and Dulce de leche is made from milk and sugar or in this case, sweetened condensed milk.

I tend to use them interchangeably in my recipes because I’m awful at making caramel, but anyone can make Dulce de leche with this recipe!

How Do You Make Dulce de leche?

You’ll find this recipe easy because it doesn’t require a candy thermometer or even a lot of attention. You simply add the can(s) of sweetened condensed milk to the slow cooker, cover with water, cook on low for 8 to 10 hours, transfer to a bowl of cold water and you’re done! 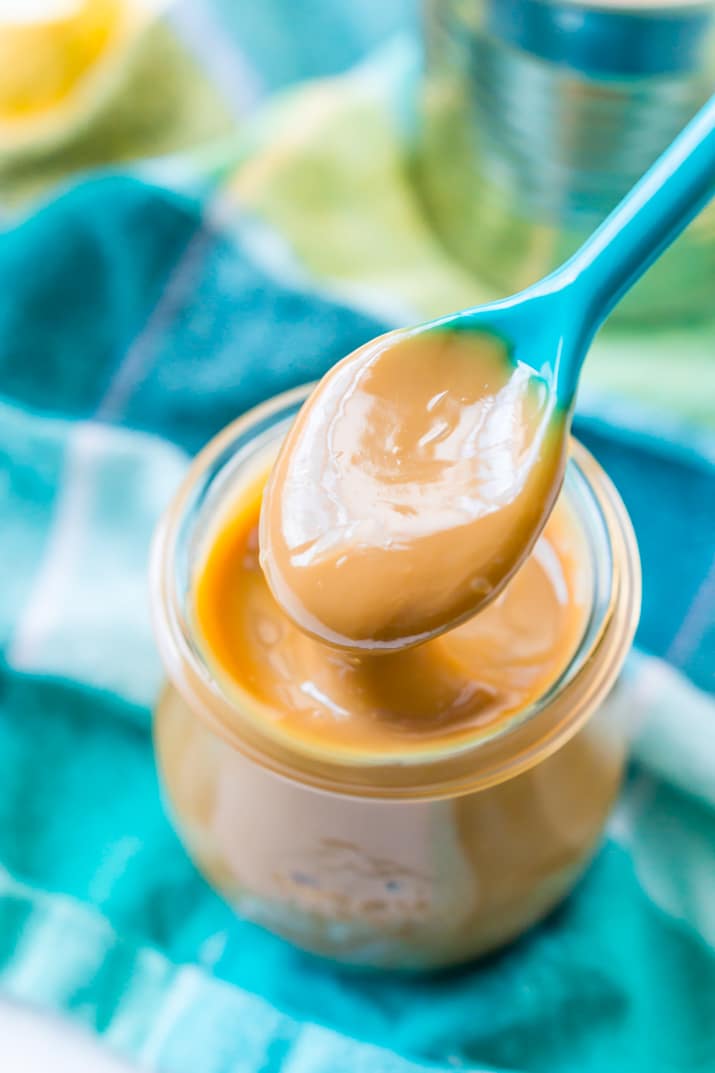 Many often think of this sauce as being a Mexican specialty, but did you know it’s actually from South America, originating somewhere in Brazil, Argentina, or Chile? However, there is a Mexican variation known as Cajeta which is made with goat’s milk and vanilla.

Variations On This Caramel Sauce Recipe:

Important Notes About This Recipe:

Even though this is a really easy recipe, you need to make sure to follow the directions exactly or it does pose some risk of your can exploding, so here are the musts to make sure you avoid that sticky mess!

Pin this Sauce Recipe for Later!

Delicious Recipes To Use This Sauce In: 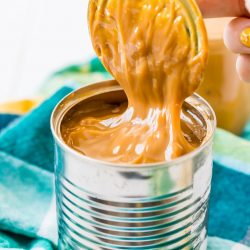 Rebecca Hubbell
This Dulce de leche recipe is made with 1 ingredient in the slow cooker! It's a super easy recipe to make and the results are a rich and sticky golden sauce you'll want to put on everything!
5 from 5 votes
Prevent your screen from going dark
Print Recipe Pin Recipe Rate this Recipe
Prep Time 2 mins
Cook Time 8 hrs
Total Time 8 hrs 2 mins
Course Dessert
Cuisine Brazillian
Servings 14 ounces
Calories 91