This Sweet Potato Hash is loaded with onions, peppers, bacon, and seasonings and topped with eggs for a delicious and hearty breakfast recipes! 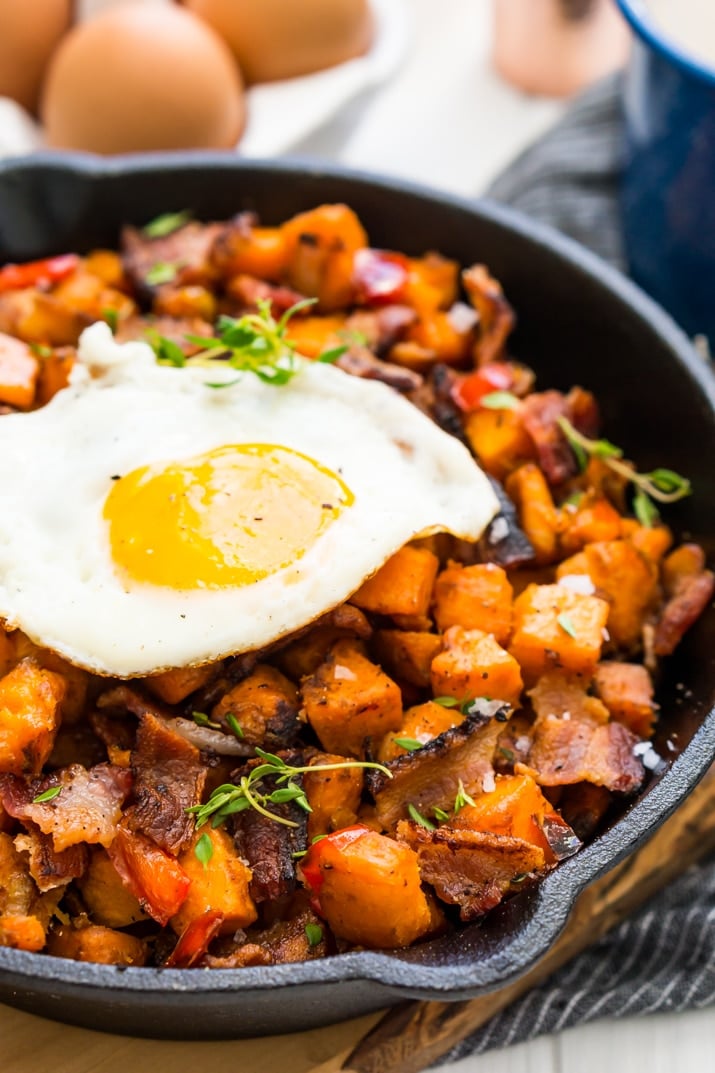 Happy Saturday! It’s raining here and a little chilly and this Sweet Potato Hash is perfect for mornings like today when you want to wake up slow and take a little time with breakfast (or brunch), that being said, it’s not an overly complicated recipe, but does take about an hour to prepare. It’s a cozy and delicious meal worth savoring. 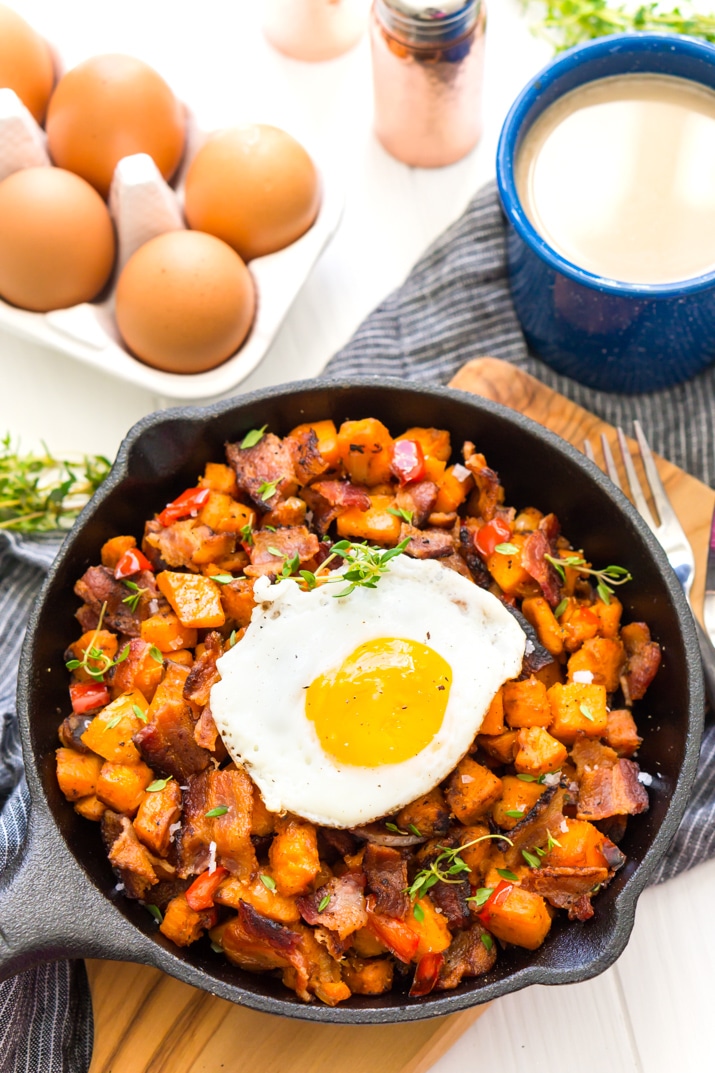 I absolutely adore breakfast hash. I grew up eating them and hardly ever make them anymore, but I always make sure to order them when I spot them on the brunch menu. The best one I ever had was at a little restaurant in Montreal, it makes me sad that I don’t remember the name of that cute little restaurant, but I’m sure I could find it when I go back again.

What Is A Breakfast Hash?

Hash is a dish consisting of chopped meat, potatoes, and spices that are mixed together and then cooked either alone or with other ingredients such as onions or peppers. The name is derived from the French verb hacher (to chop). 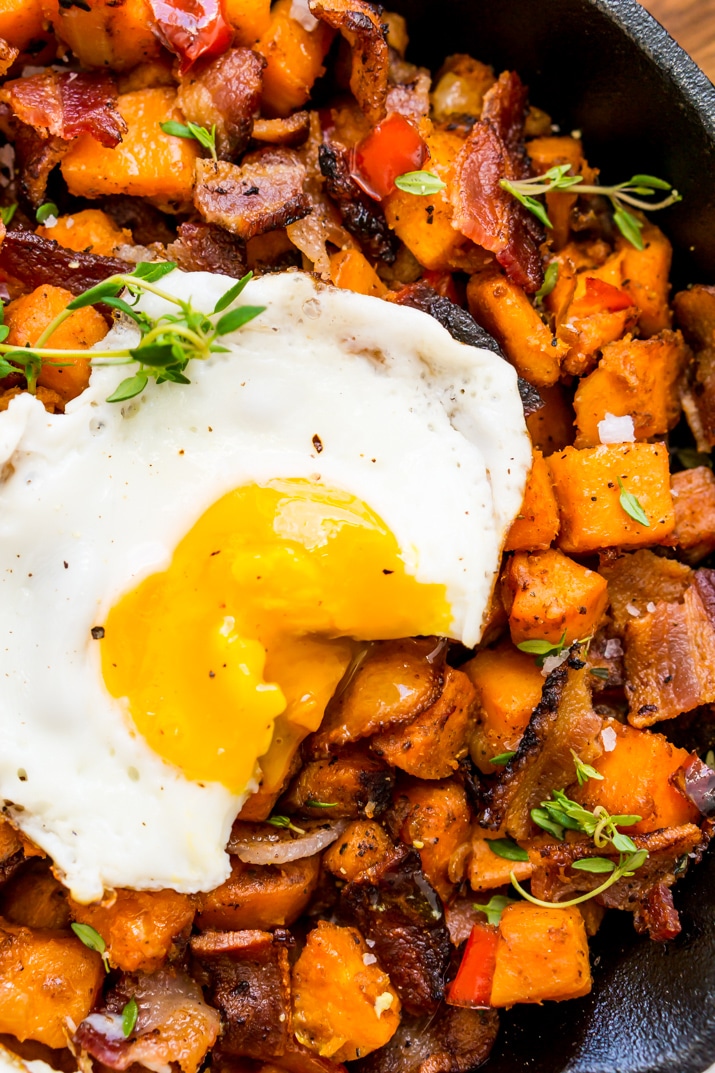 Now, I absolutely adore sweet potatoes! If a restaurant serves sweet potato fries, I’m getting them, and my Sweet Potato Casserole is one of my absolute favorite holiday side dishes! And I think they make a really great addition to breakfast and brunch dishes and this Sweet Potato Hash is no exception. 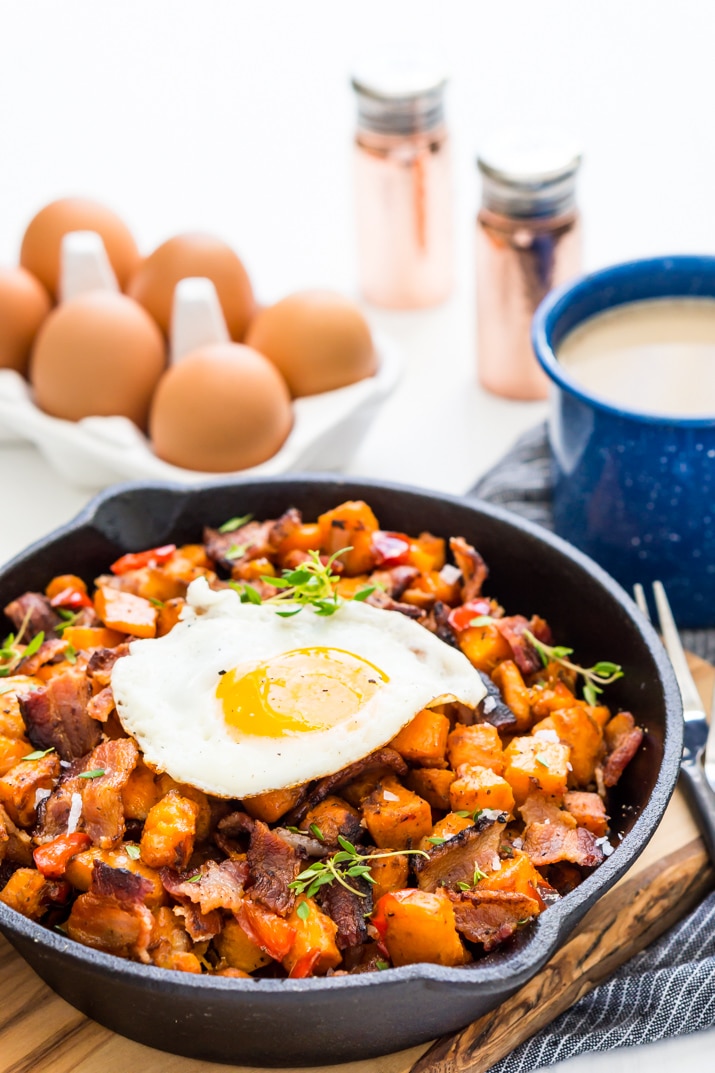 I love the way the sweetness of the potatoes mixes with the salty bacon and the soft peppers and onions in this dish. By reserving and using the bacon fat in the dish you add a whole other level of flavor that makes this sweet potato hash absolutely cozy.

I know everyone likes their eggs differently, and you can make them whatever way you’d like before adding them to the hash, but I think they’ll taste the best with a soft, runny yolk which adds a nice richness to the hash.

Even though the pictures show just one egg, the recipe calls for 4, one for each serving. The recipe was plated in a small cast iron skillet for photos. 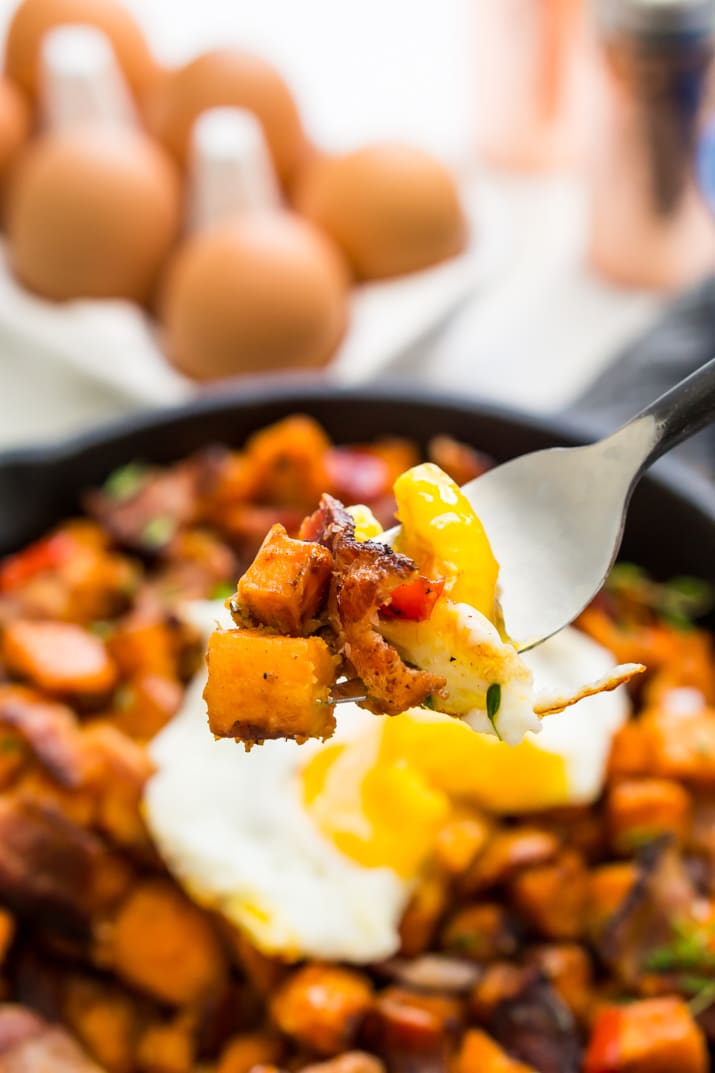 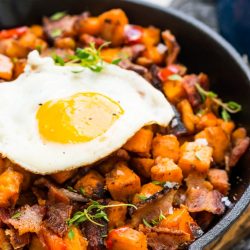