If you’re looking for the most delicious holiday ham, then you need this Maple Ham Glaze recipe! It’s so simple to throw together, and creates the prettiest ham imaginable! 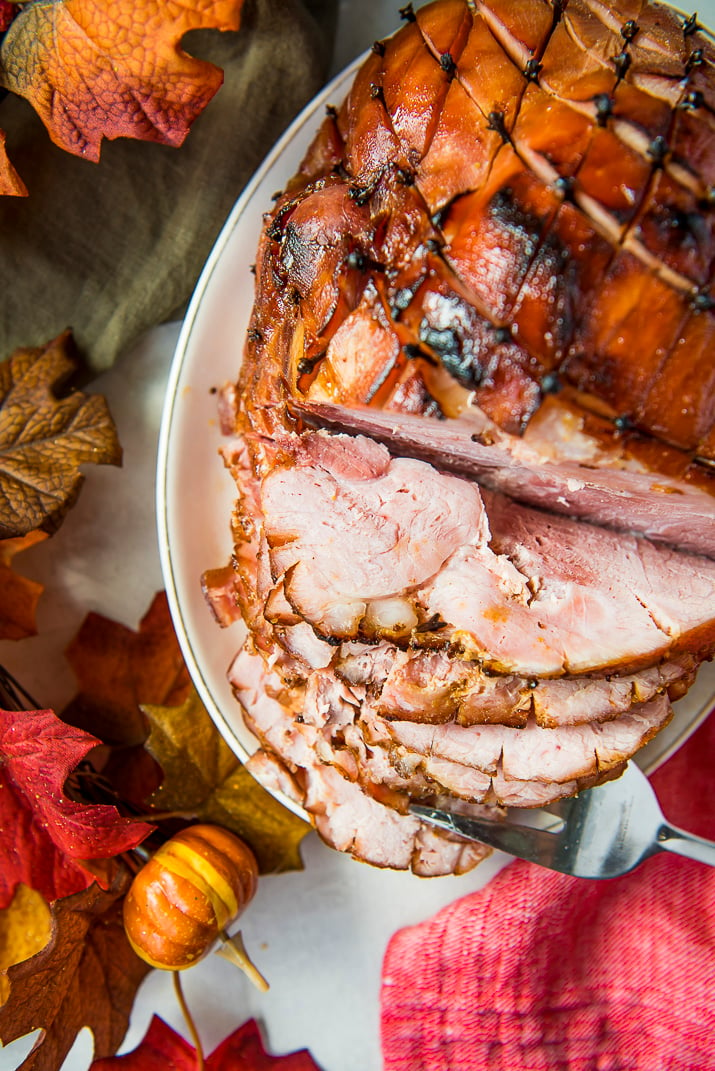 This Maple Ham Glaze brings absolutely to die for flavors to your holiday table! Maple syrup, apple cider, brown sugar, and a few spices are all you need to make this glaze. The end result is a sweet and sticky skin that you’ll be picking at before the ham makes it to the dinner table!

JUST TAKE ME TO THE MAPLE HAM GLAZE RECIPE ALREADY!

If you’d rather skip my (very helpful, I think) tips and tricks, essential cooking info, and similar recipe ideas – and get straight to this deliciously easy maple ham glaze recipe – simply scroll to the bottom of the page where you can find the printable recipe card. 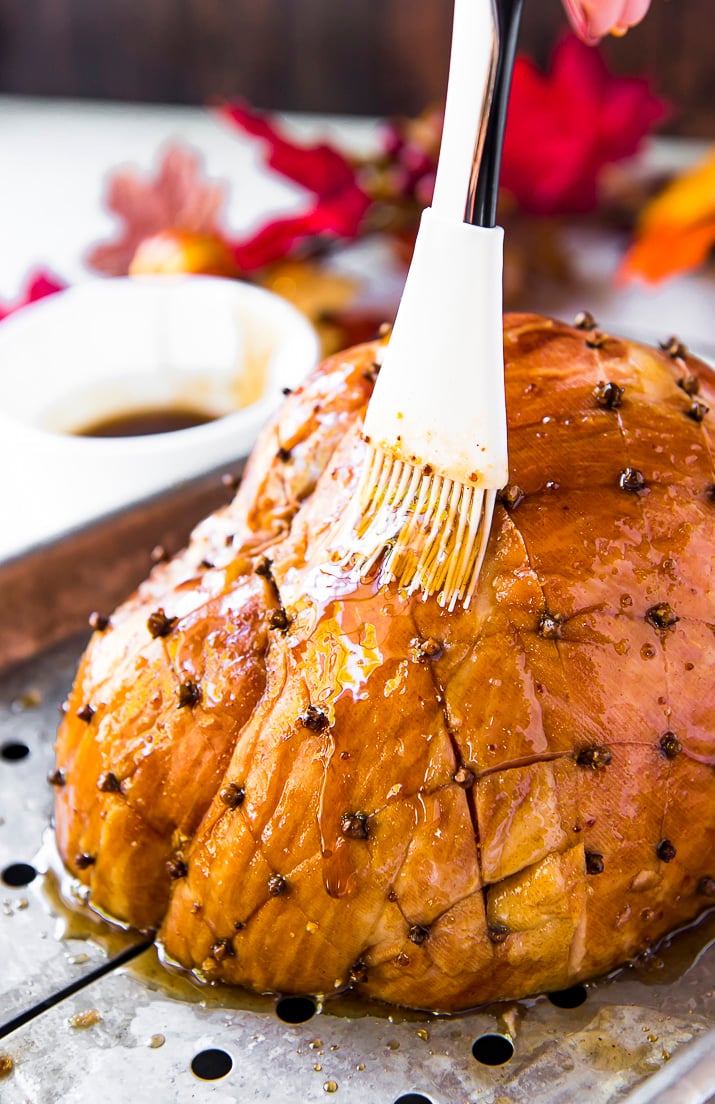 With as much cooking as there is to be done around the holidays, I love simple recipes like this Maple Ham Glaze! 5 minutes is all the time you need to bring it together, and there is really no intermittent basting required…unless you want to!

If you prefer setting and forgetting your holiday ham, make sure you score the skin before glazing to allow the flavors to get into the ham.

How Long Do You Bake A Ham In The Oven?

Most times when you buy a smoked ham, the label will include baking instructions.

Sometimes you forget and throw out the label before you read it, too.

Whole and half hams take 18-20 minutes per pound at 325 degrees F. Be sure to cover it with foil and bake it on a roasting pan set over at least 1 cup of water to keep it from drying out.

To further avoid drying out, cook the ham until it reaches about 140 degrees F, then remove it from the oven. Safe ham temperature is 145, and it will continue cooking for several minutes even after it’s come out of the heat.

Allow the ham to rest for 15-20 minutes before carving and eating, to allow the juices to absorb back into the meat. 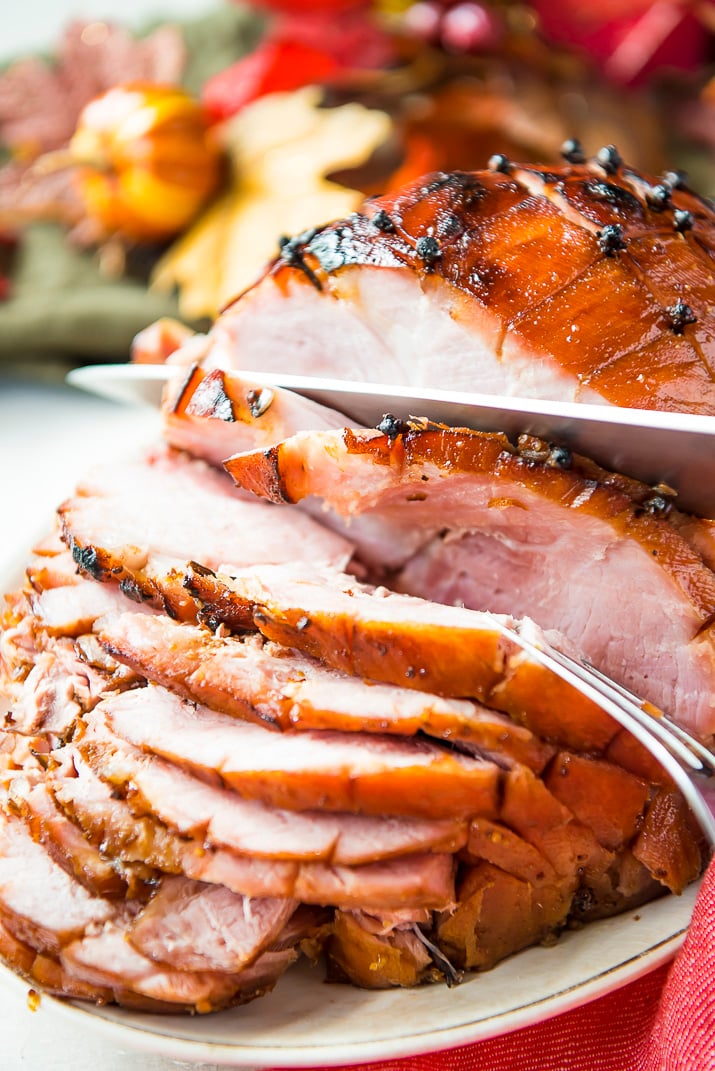 So now that we have the ham covered, let’s talk about sides! This maple-glazed ham would be so delicious with a batch of Garlic Butter Hasselback Potato Bites or Candied Yams, Soft Perfect Yeast Rolls with lots of Herb Butter, and Balsamic Roasted Brussels Sprouts with Bacon (even more pork!).

Don’t forget about drinks and dessert! Thanksgiving Punch, Grammie’s Pecan Pie, Impossible French Apple Pie, …the dessert table should be just as decked out as the dinner table! 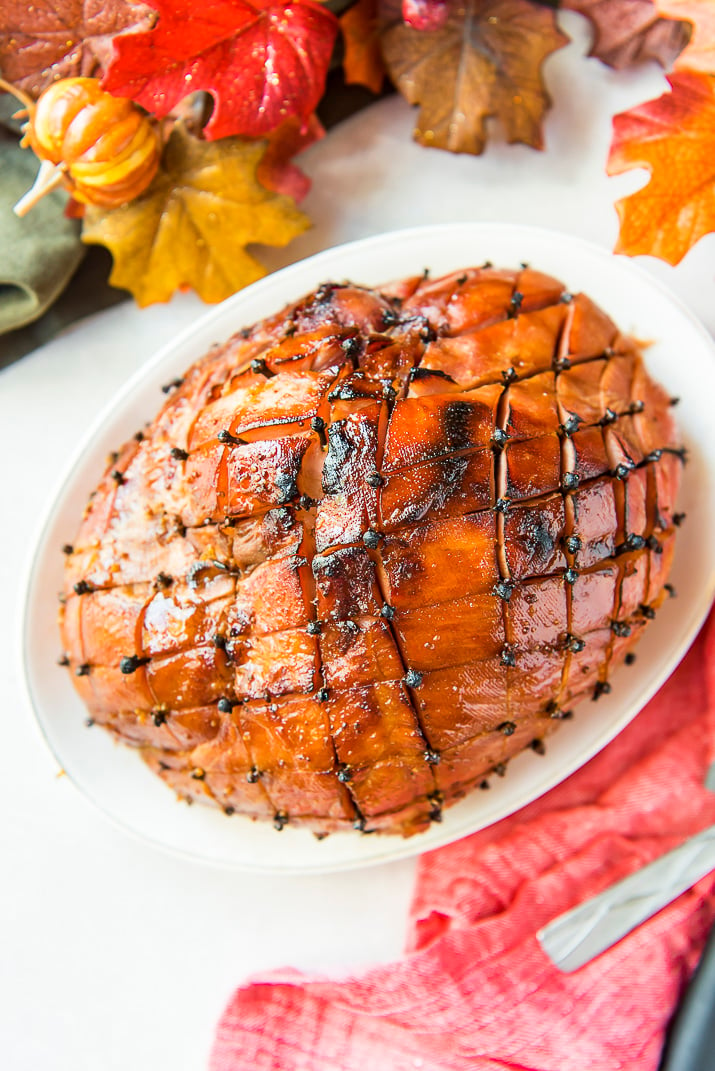 How To Make Maple Ham Glaze 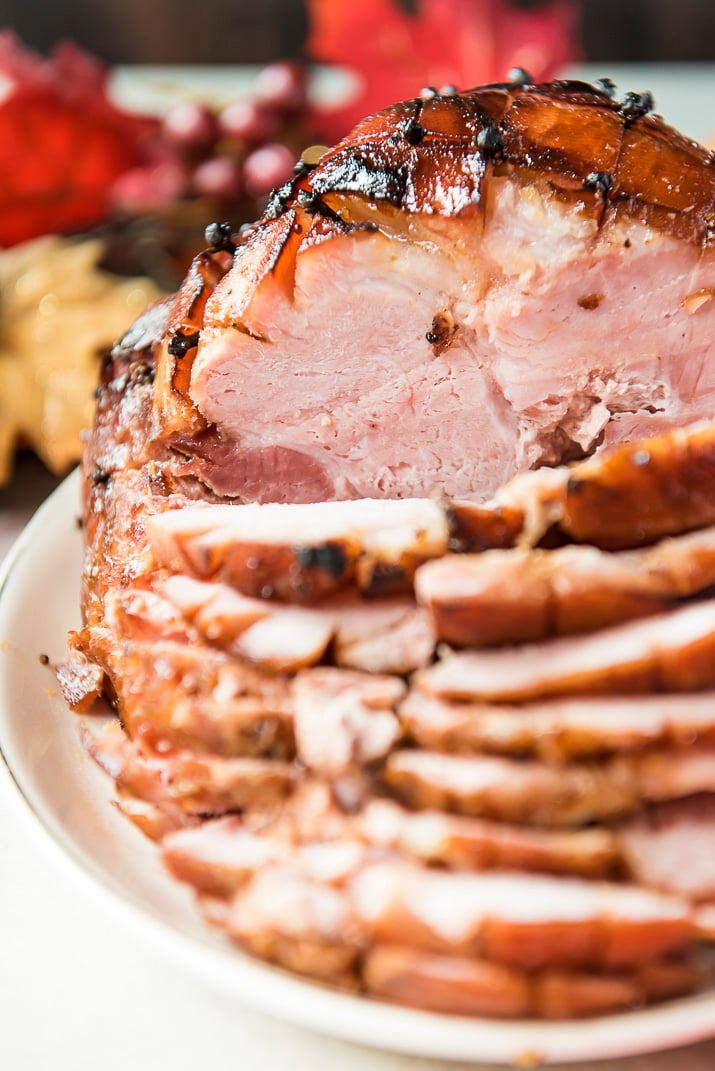 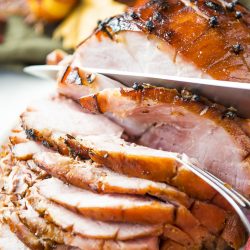 To Make the Ham Glaze:

Erica is a Florida-bred, Dominican-wed, nerdy foodie with an eye for pretty photos and incurable wanderlust, who learned everything she knows in the kitchen and about life from her Nana. She discovered her love of food at a young age and launched The Crumby Kitchen in 2014, where she shares her kitchen triumphs with a bit of sass and panache. 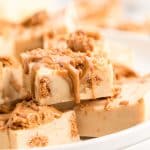 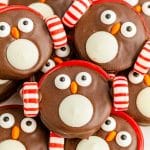 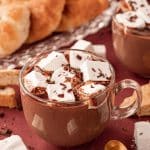 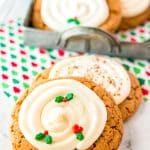 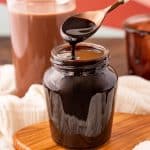 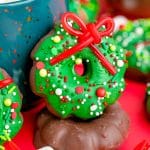