Peach Summer Shandy is a simple 3-ingredient beer cocktail made with a light beer, lemonade, and peach brandy is the perfect summer drink.

If you love cooling down with a glass of sweet lemonade or a cold beer in the summer, then you are going to LOVE this refreshing beer cocktail recipe! 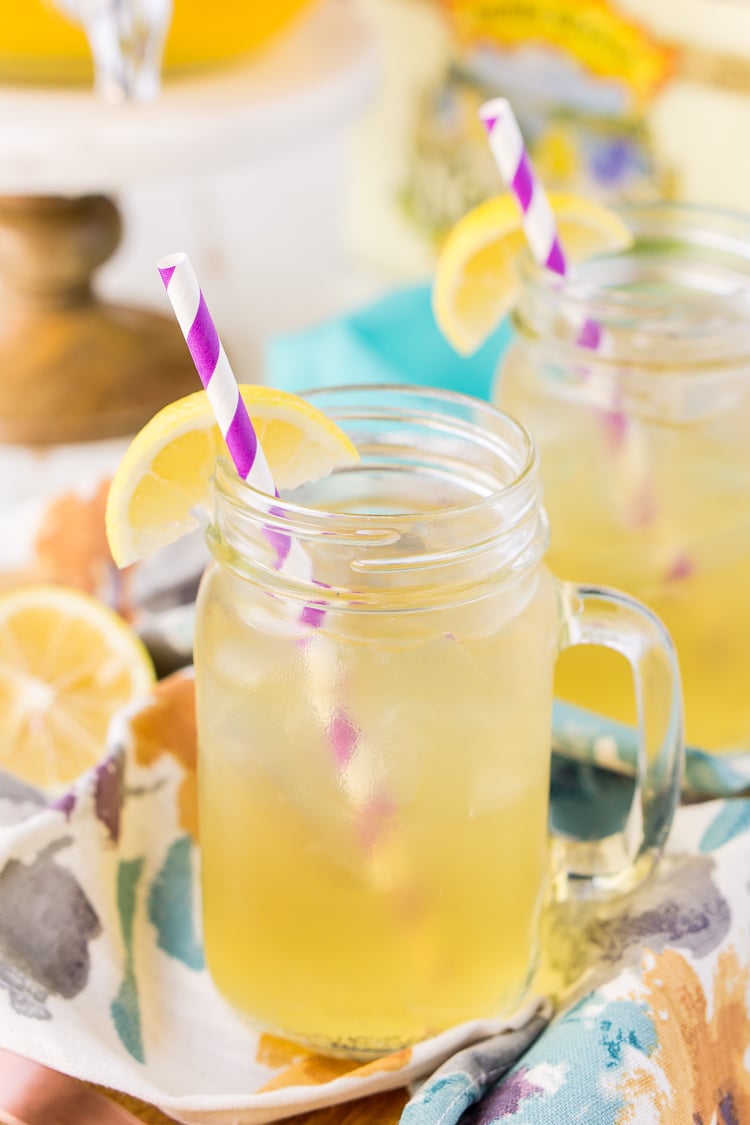 Peach Summer Shandy is a thirst-quenching summertime beverage that caters to both cocktail and beer lovers.

Mix up this Shandy Recipe and serve it to all the (grown up!) guests at your next get-together or cookout!

This blend of summer beer with refreshing natural flavors is the perfect hot weather cocktail on a hot day. It’s slightly fizzy, not too sweet, and looks beautiful served in a glass drink dispenser.

Summer Shandy Beer is made with a light beer (try a wheat beer or weiss beer) plus a splash of fruity flavor.

Depending on your preferences, you can mix your favorite refreshing beers with ginger beer or ale, lemon and lime soda, lemon juice, peach juice, grapefruit juice, or any other fruit juice, for that matter!

And for an extra boozy kick, you can even add some brandy or schnapps, like in this recipe. 😉 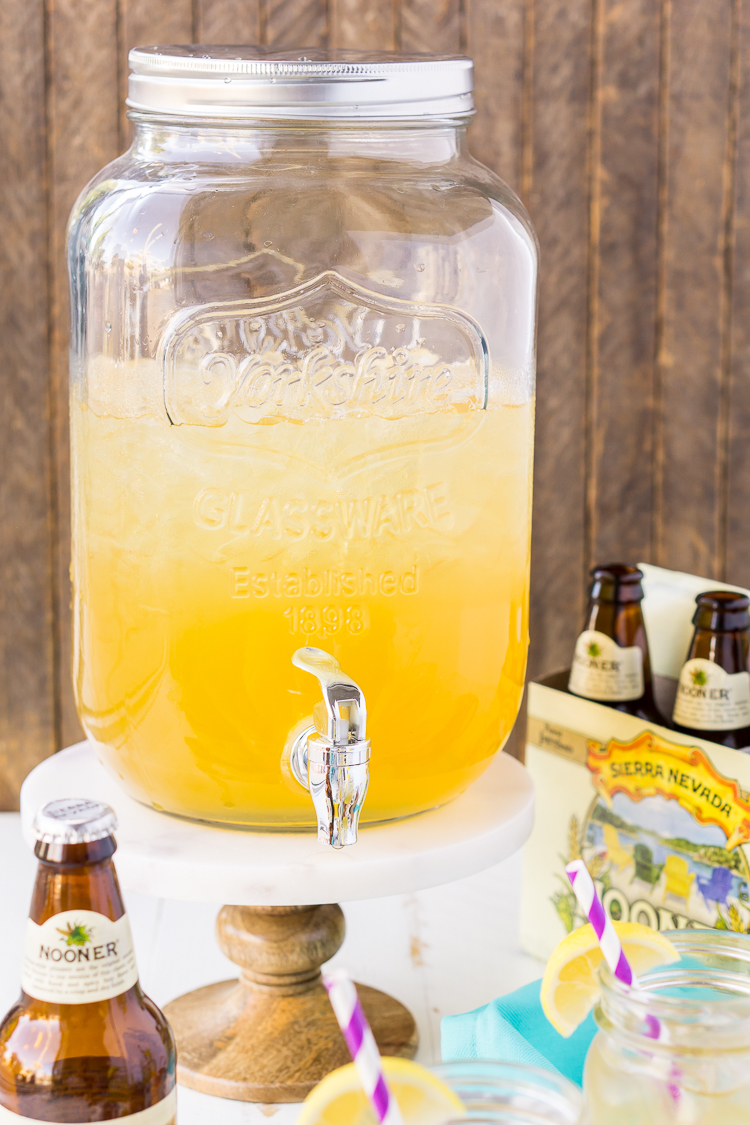 What Is A Summer Shandy?

A Shandy is a light beverage that usually blends equal parts of beer and lemonade. The result is a beverage with a refreshing natural lemonade flavor (that’s not too sweet) and a hint of malt.

I love using my Maple Lemonade recipe as a base because it adds some truly unique flavor to this drink!

You can also make a shandy with pretty much any kind of fruit juice or clear soda you want.

This beer cocktail dates back to the nineteenth century, with the original recipe mixing a light beer with ginger ale. However, you can customize this recipe with your favorite fruity flavors so it’s just the way you like it. 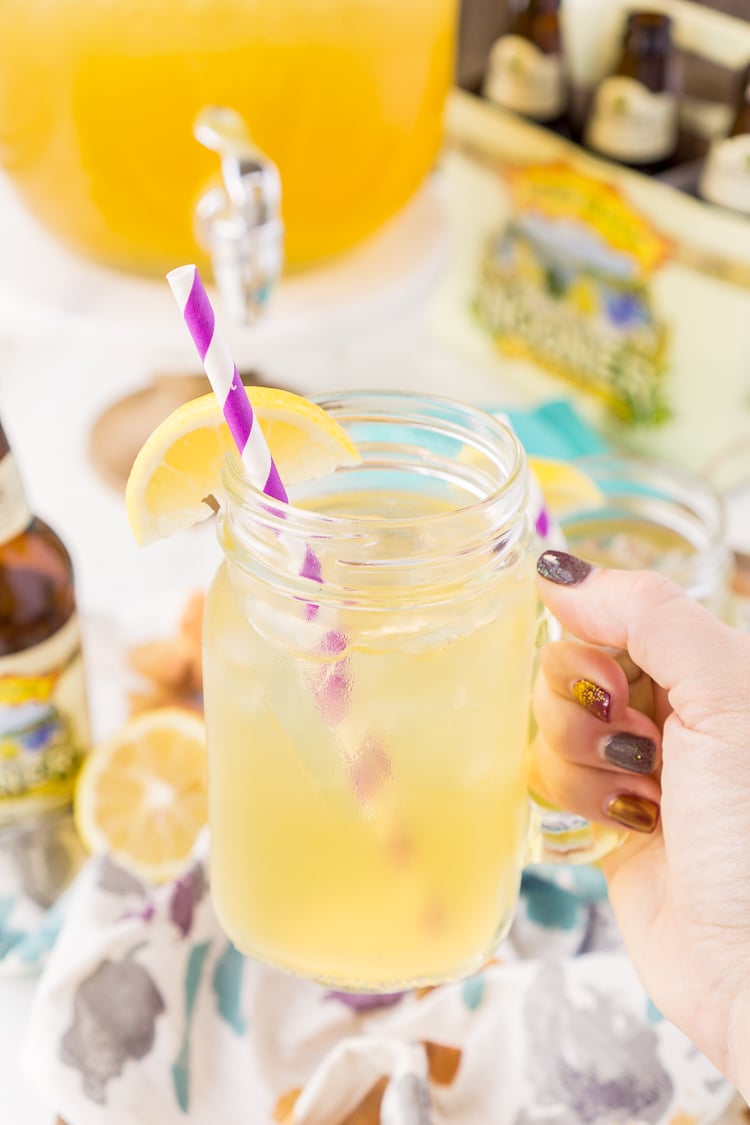 What Is The Difference Between A Shandy and A Radler?

The German radler was invented after the summer shandy, and involved beer mixed with lemonade. These two cocktails are similar, but there is one key difference.

Depending on your preferences, you can create a sparkling lemon and lime, lemonade, or crisp grapefruit radler.

A shandy can include these tangy mix-ins, but can also be made with ginger beer or ale, peach juice or schnapps, or apple or orange juice. Both terms are often used interchangeably; a radler is always a shandy, however, a shandy isn’t always a radler … get it?

This drink also goes by the name panaché in France. 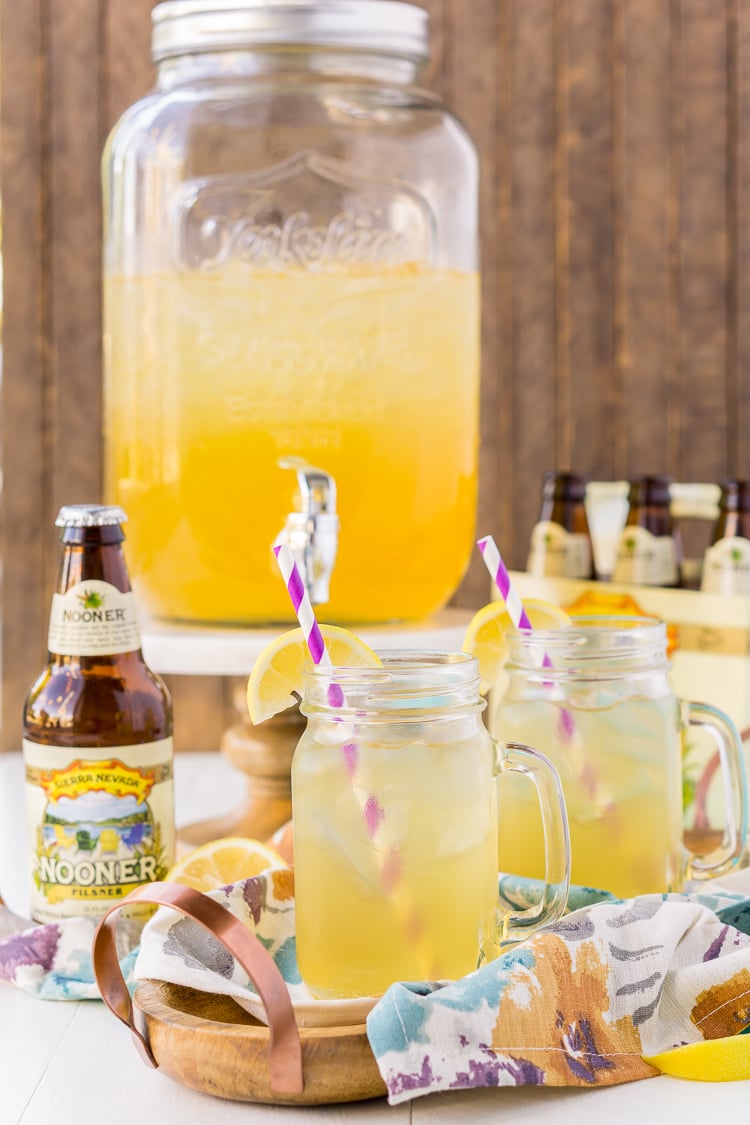 How Do I Make A Summer Shandy?

It’s super easy to make this beer cocktail recipe! Simply combine the beer, lemonade, and brandy and serve over ice and garnish with lemon or peach slices.

Try switching up your cocktail game by offering a pitcher or dispenser full of Summer Shandy at your next gathering. Bonus: You’ll be able to spend your time mingling instead of playing bartender since guests can serve themselves! 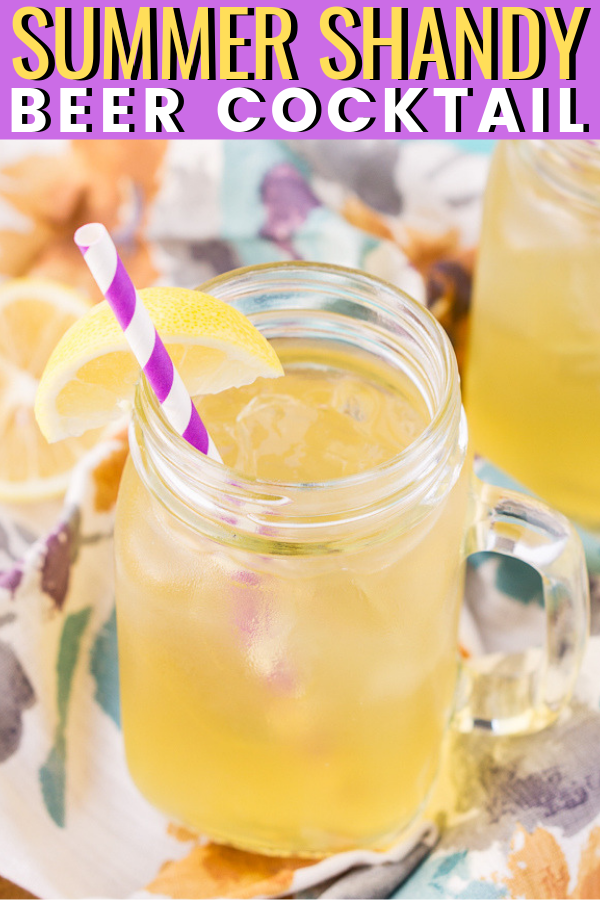 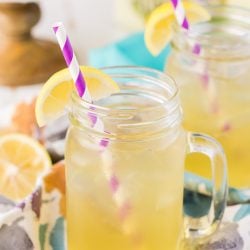