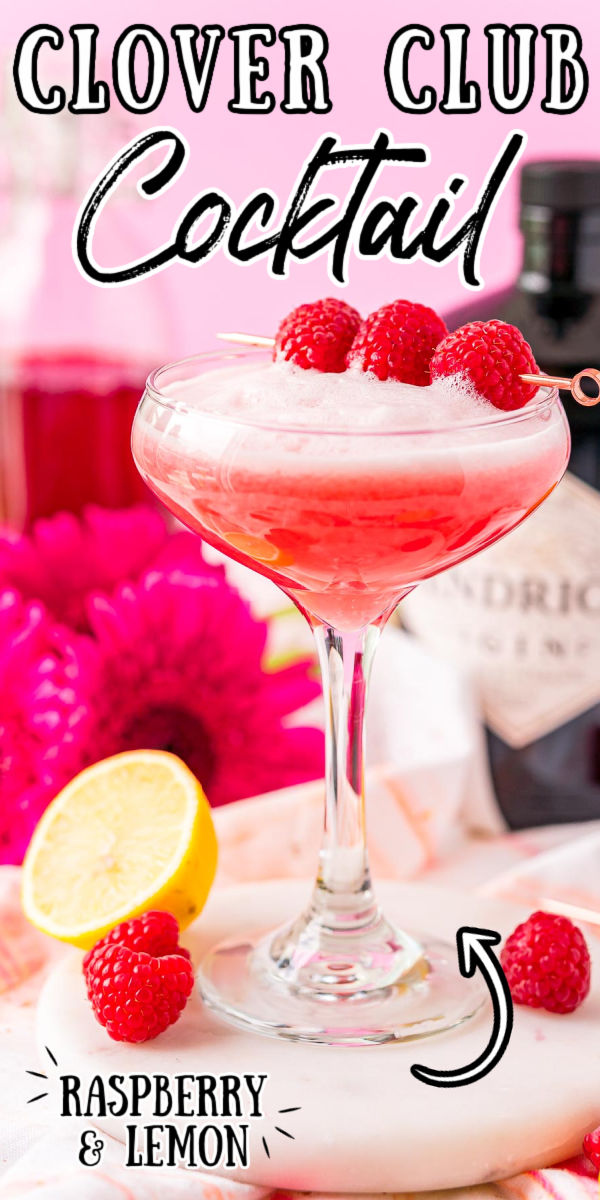 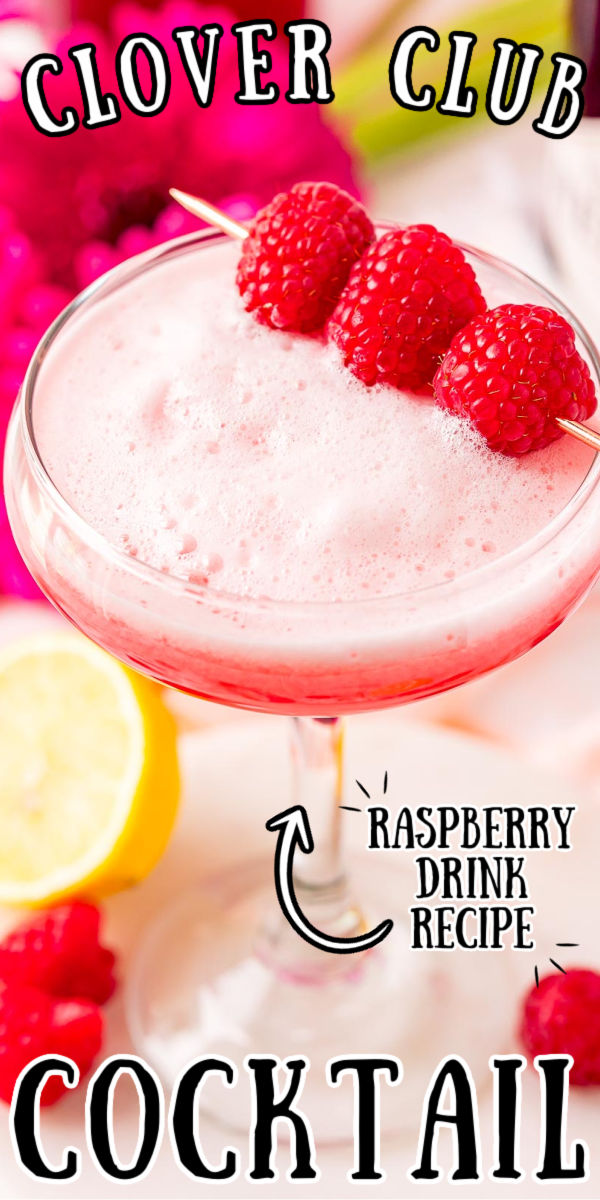 This Clover Club Cocktail is fruity, frothy, and fun to sip. Made with gin, egg white, raspberry syrup, and lemon juice, it looks and tastes fancy, but it’s simple to make!

This Clover Club Recipe is one of those classic cocktails you want to have in your arsenal when it comes to wowing guests!

While some think it was invented by the renowned Clove Club London, it actually originated in pre-prohibition Philadelphia sometime in the early 1900s.

And think of how impressed your friends and family will be when you start mixing cocktails and add an egg white! Seriously, don’t be scared to try it! This drink recipe is AMAZING!

Now, go grab your cocktail shaker and get ready to whip up this tasty drink!

How To Make A Clover Club Cocktail:

2. Add gin to the cocktail shaker.

3. Add an egg white to the cocktail shaker.

4. Add the raspberry simple syrup to the cocktail shaker.

5. Cover and shake vigorously for 15 seconds, then add ice and shake. This is called a dry shake and is a common trick among bartenders.

Expert Tip: This cocktail is made with a dry shake (no ice), and after the initial shake, you add ice and shake vigorously for an additional 15 seconds to chill the drink. This is what allows the egg white to foam and add a creaminess to the cocktail.

6. Strain the cocktail into a glass, it’s served without ice. Note that the drink in the pictures is a double.

Why is it called a Clover Club Cocktail?

This historic cocktail is named after the Clover Club, a gentleman’s club dating back to the 1890s. They were known to meet up at the Bellevue Stratford Hotel in Philadelphia.

The recipe itself dates back to 1910 (maybe earlier) and was a favorite among club members.

Can this cocktail recipe be prepared vegan?

A vegan alternative for egg white in this recipe is aquafaba, or chickpea water. It’s the same stuff that’s in the chickpea can sitting in your pantry!

Is it safe to drink cocktails with egg whites?

It’s generally considered safe, although there’s always a risk when eating raw eggs. Your biggest risk of contracting salmonella is from contamination from the shell so make sure not to separate your white and yolk using the shell and DO NOT wash your eggs before use. Check out Cocktail Safe for more information about eggs in cocktails.

If you’ve tried this recipe please let me know how you liked it in the comments below, I love hearing from you! I’ve also created a fun group on Facebook and I’d love for you to join in! If you’d like to check it out, you can request to join HERE. You can also Subscribe to my Newsletter so you never miss a delicious recipe again! 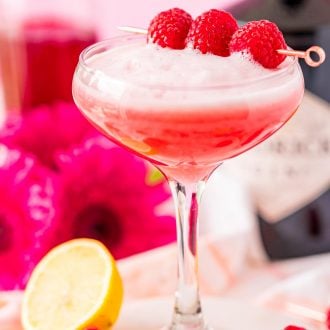