If you’re visiting Scotland, make sure you make the trip from Edinburgh to the Isle of Skye! Here’s a 3-day itinerary to help guide you along your journey! 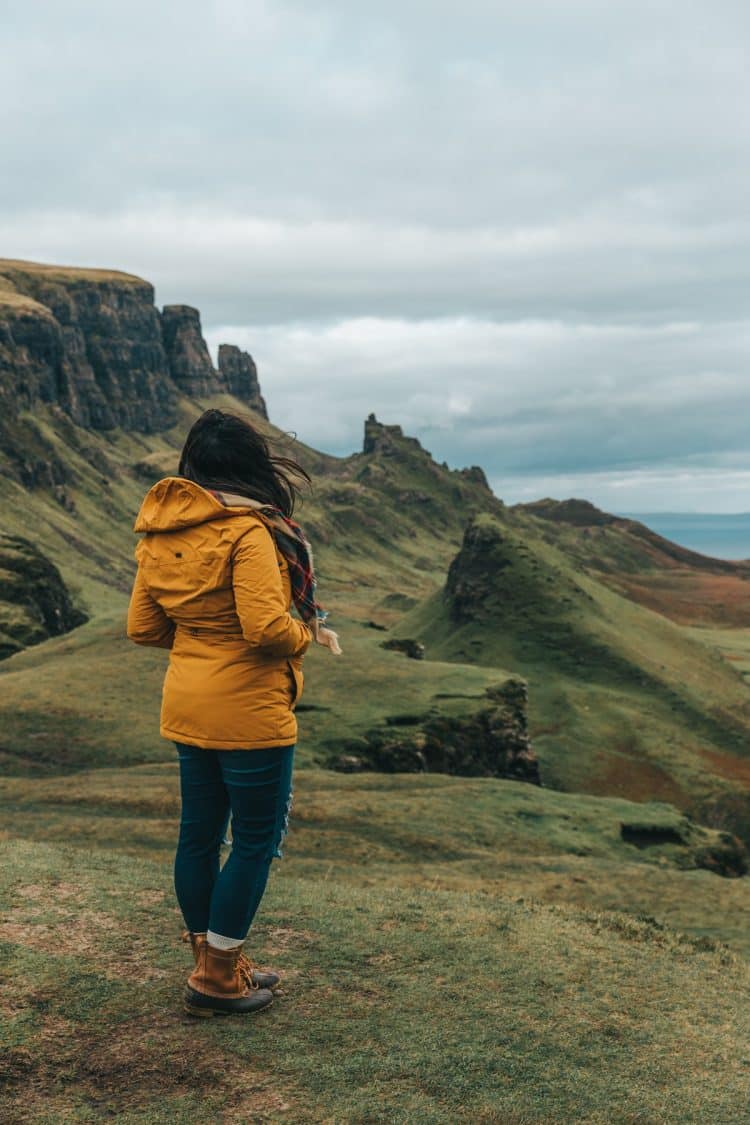 Edinburgh to the Isle of Skye

I’ve never really been one for peak season travel. I don’t enjoy crowds and have never felt like I’ve missed out on the beauty of a destination because I didn’t go at the optimal time. In fact, it’s quite the opposite! 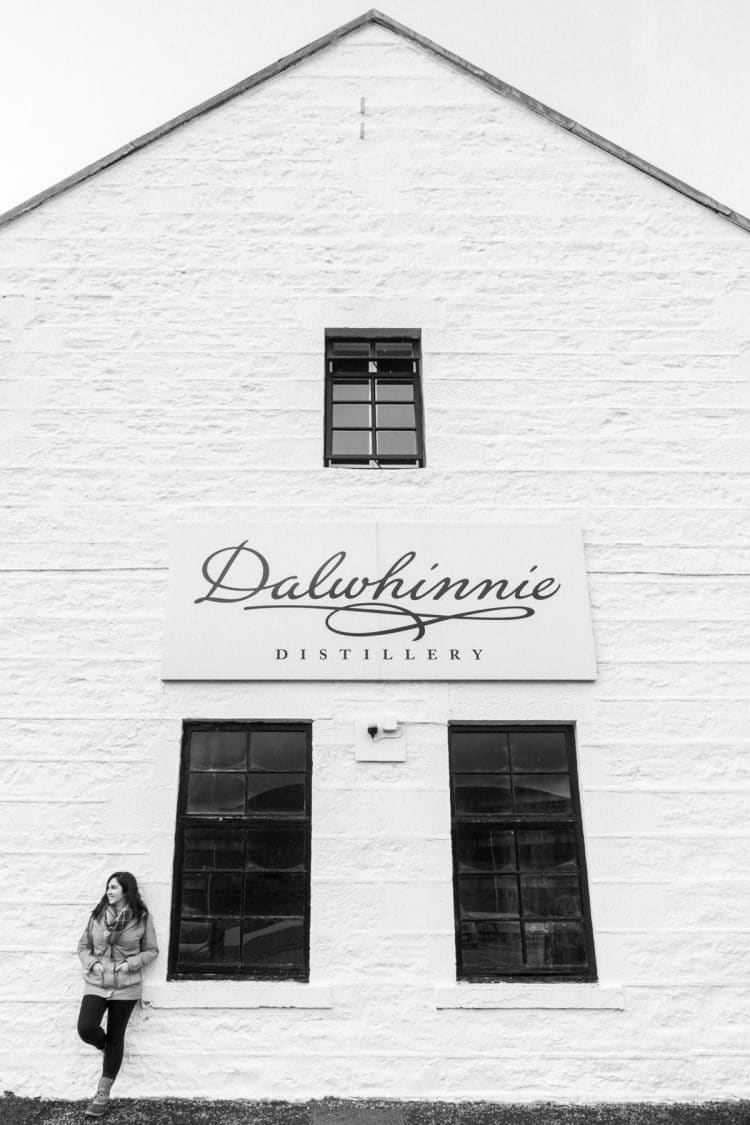 Europe in the fall and winter are really quite lovely, sure the lavender fields of France are long gone and the beaches along the Amalfi are pretty vacant, but the UK is just as charming in the cooler months as it is in the shade of summer.

In the fall, you’ll find the remnants of summer’s green grass mixed with the gorgeous foliage. And in the winter, nothing is quite as charming as snow falling on castles ruins. 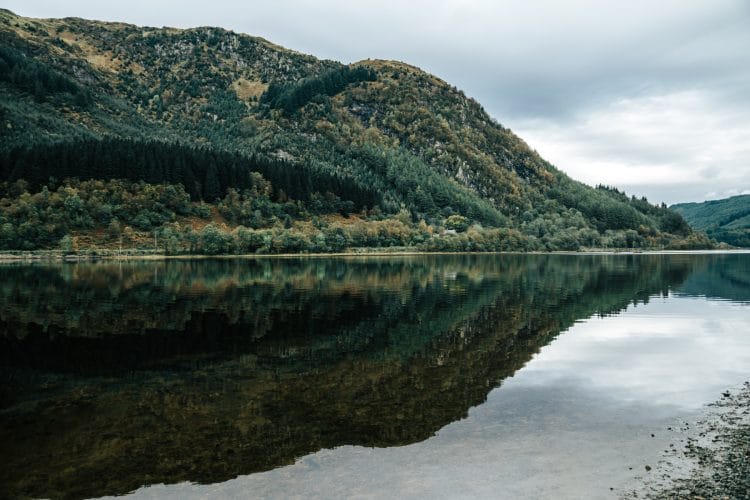 Having been to Scotland before and road-tripped around the country, I knew the stress of driving in the Highlands wasn’t something I wanted to deal with this time around. So we decided to team up with Rabbie’s for a tour from Edinburgh to the Isle of Skye and back. 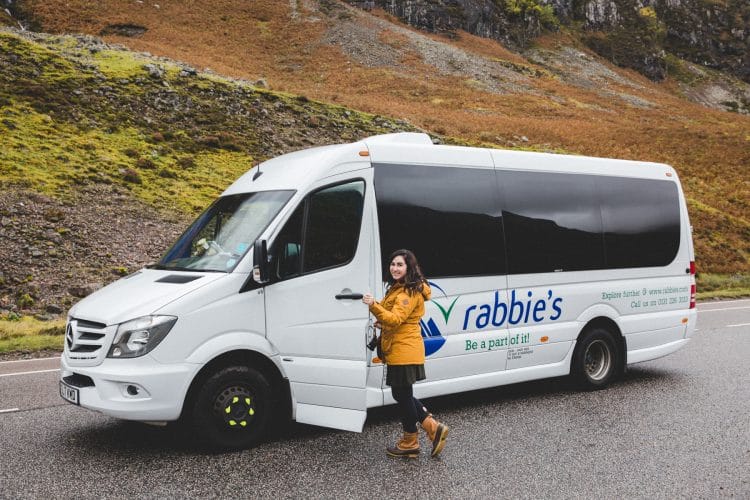 Small groups! That’s right, no massive buses here. I think the reason I’ve always been a bit jaded to tours and I think that’s because you’re usually packed into a bus of 60 people or more and it almost never goes well. But Rabbie’s operates with small, 16-passenger buses, and this means that if you’re on a multi-day trip with them, you’re likely going to get to know all your companions and maybe even meet some new friends.

This might not seem like a big deal until you have to go to the bathroom real bad and you have another 3 hours to go before your next rest stop, I’ve been there, I know. But with Rabbie’s, we stopped at least every 2 hours, which was fantastic!

You Book, You Go!

One of the best things about Rabbie’s tours is that there’s no minimum number of travelers. So even if that 16 passenger van isn’t full (ours was), you’re still going on that tour!

Unlike pretty much every tour bus I have ever been on, Rabbie’s has a USB charger at every seat! That way you never have to worry about your phone, camera batteries, or whatever else being charged when you want it.

You Lead The Way!

If there’s something you really want to see or do along the way that isn’t on your original itinerary, let your guide know and they will do their best to make it happen. Whisky tasting? Shopping? Highlands Coos? Let them know! Or guide made all of these stops for us!

Now, I know a lot of tours have entertaining guides filled with knowledge about the area, but what I really loved was that our guide, Stephen, knew everyone’s name by the end of the first day. He engaged with us and made us feel right at home in Scotland. If there was something we really wanted to do, he did his best to make it happen. I also loved how into the tours he got, he had a playlist for our drive and turned on the blue lights from time to time in our little Rabbie’s roller coaster! 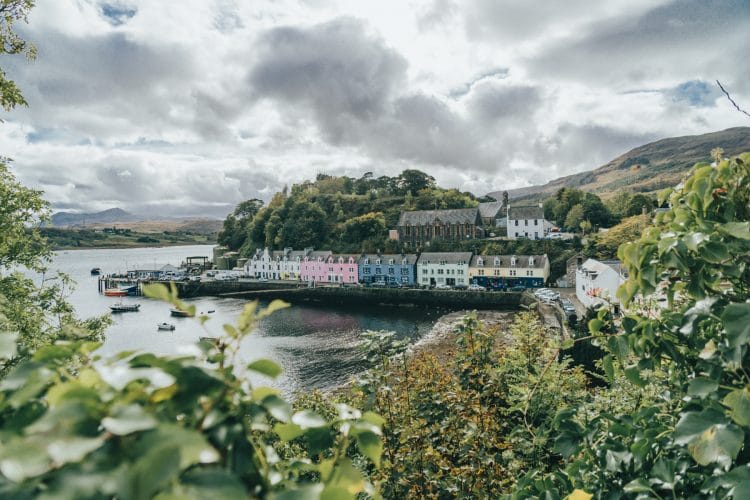 Save This Map To Guide You On Your Journey!

It takes a little over 5 hours to drive from Edinburgh to the Isle of Skye, that is if you’re heading to Portree, the main city on the isle. To get to the northern point would be about 6 hours. The nice thing about this itinerary is that it has built-in stops along the way to break up the travel a bit. 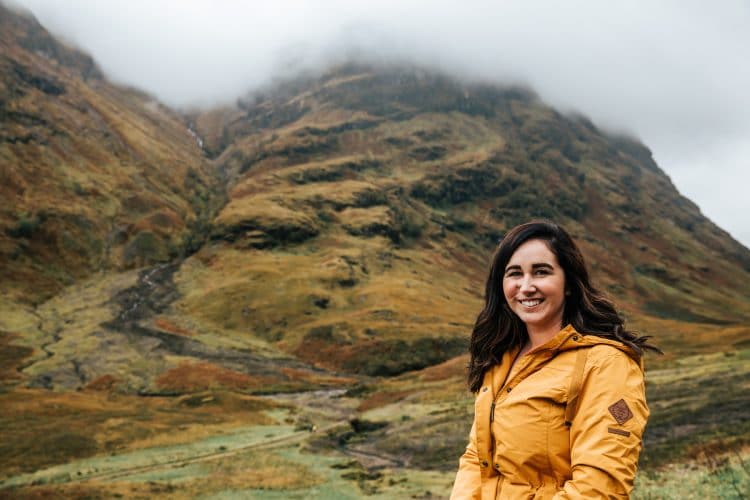 On day one, if you’re doing it right, you should leave Edinburgh around 8:00 am and arrive in the Isle of Skye around 5:00 pm.

On day three, you’ll make your way southward again to Edinburgh with some great stops along the way. You should leave around 8:00 am and arrive back in Edinburgh around 7:00 pm. 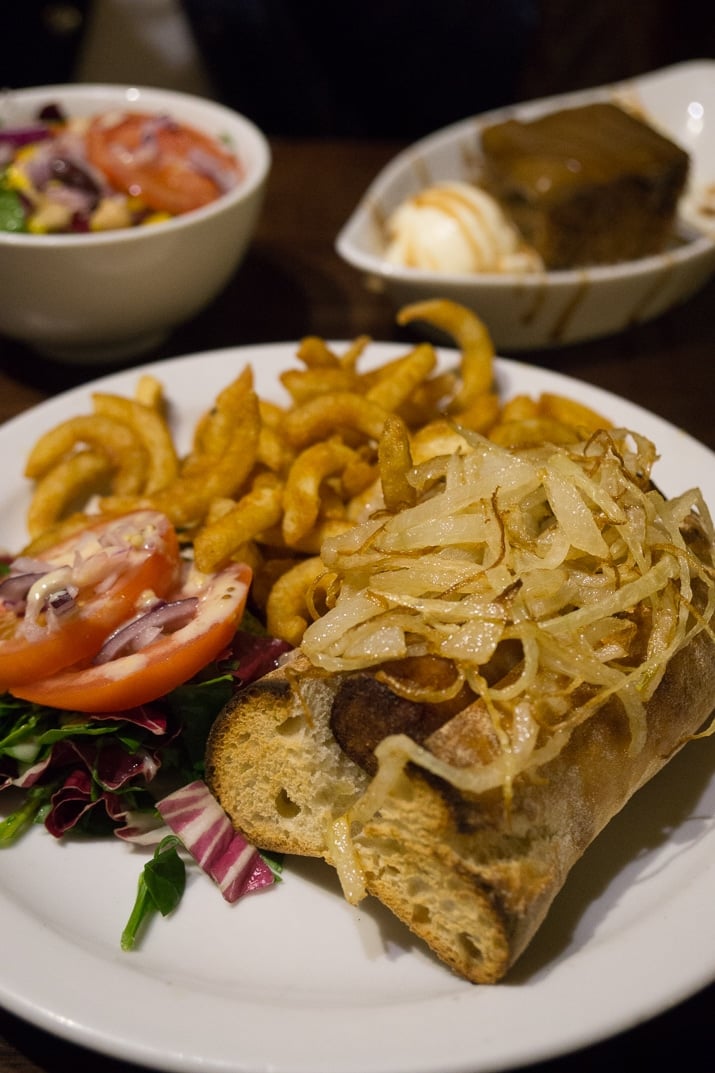 I hope you find this itinerary helpful when planning your trip and I hope you’ll consider booking your tour with Rabbie’s to take a bit of the stress off! Because trust me, Scotland’s breathtaking landscape is truly amazing and it’s hard to take it all in when you’re the one that has to keep your eyes on the road. 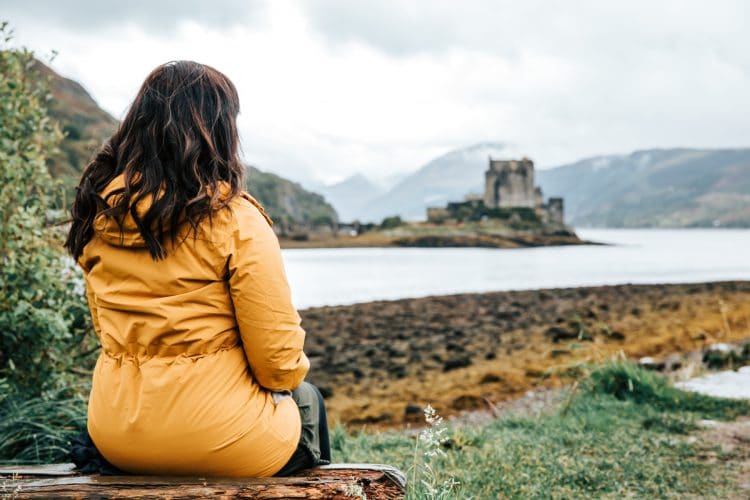 Day 1 – Edinburgh to the Isle of Skye: 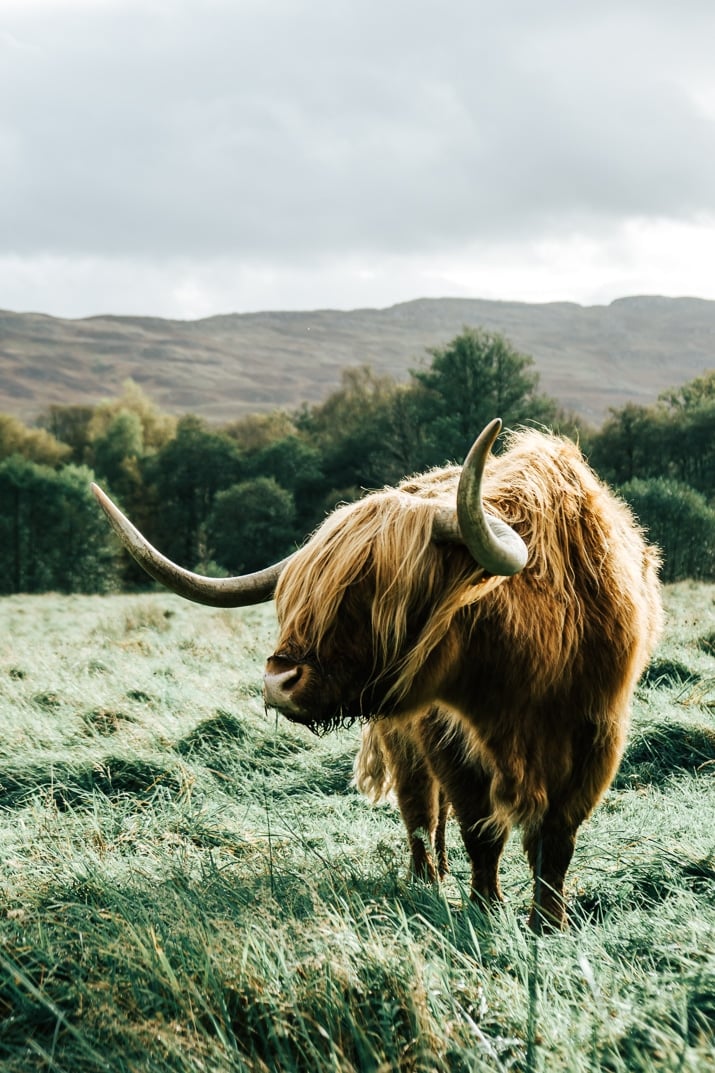 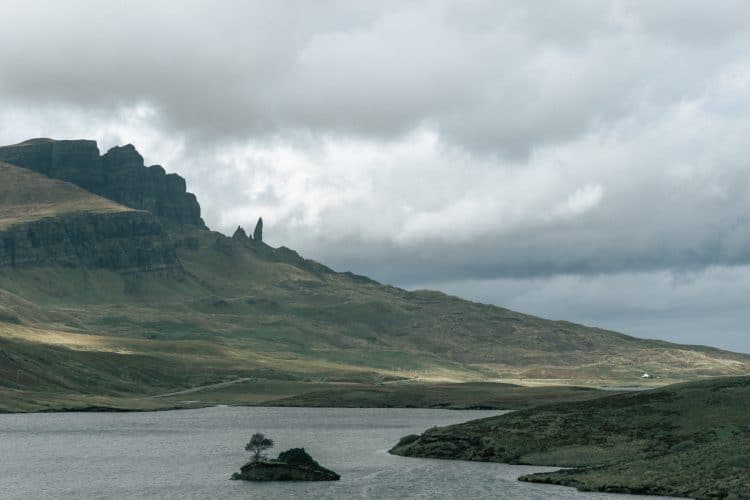 Day 3 – Isle of Skye to Edinburgh:

Wow, so there you have it, a grand 3-day adventure from Edinburgh to the Isle of Skye with all kinds of amazing stops along the way! Are you ready to book your own tour now? What’s stopping you, Scotland awaits!

Exploring Scotland in the offseason has some truly amazing rewards! You don’t have to fight the crowds, you’ll generally have an easier time making last-minute reservations at great restaurants and accommodations, and you’re still likely to get amazing weather! We were there in mid-October and our guide said it was one of the two best days he’d seen in Skye all year on his many trips.

Heading to the UK but not to Edinburgh? Rabbie’s tours depart from Glasgow, Inverness, London and even Dublin! Thier Lake District tour in England looks amazing and next time I think I might do their Outer Hebrides tour. They also offer an Edinburgh City Tour! 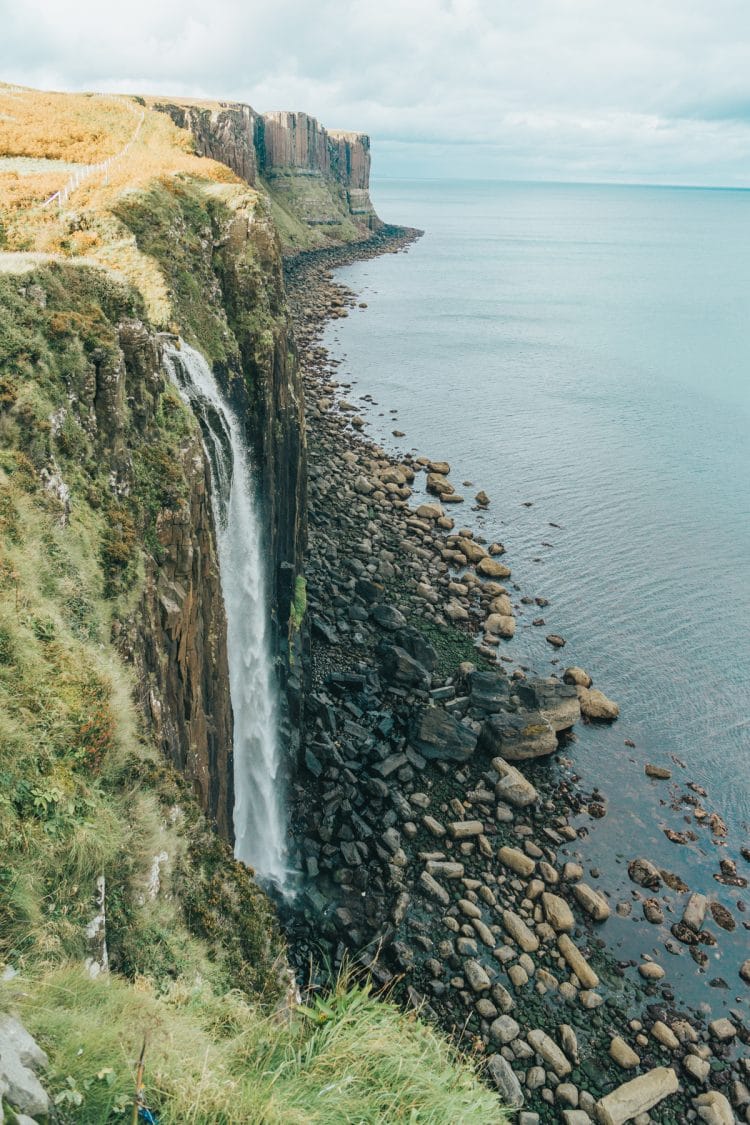 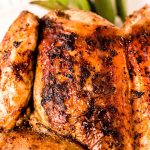