Planning a trip to Israel? Make sure a sunrise hike of Masada is on your itinerary, just an hour outside of Jerusalem, welcome the day from atop this ancient city and spend some time exploring the ruins. Here are a few tips to make the most of your trip! 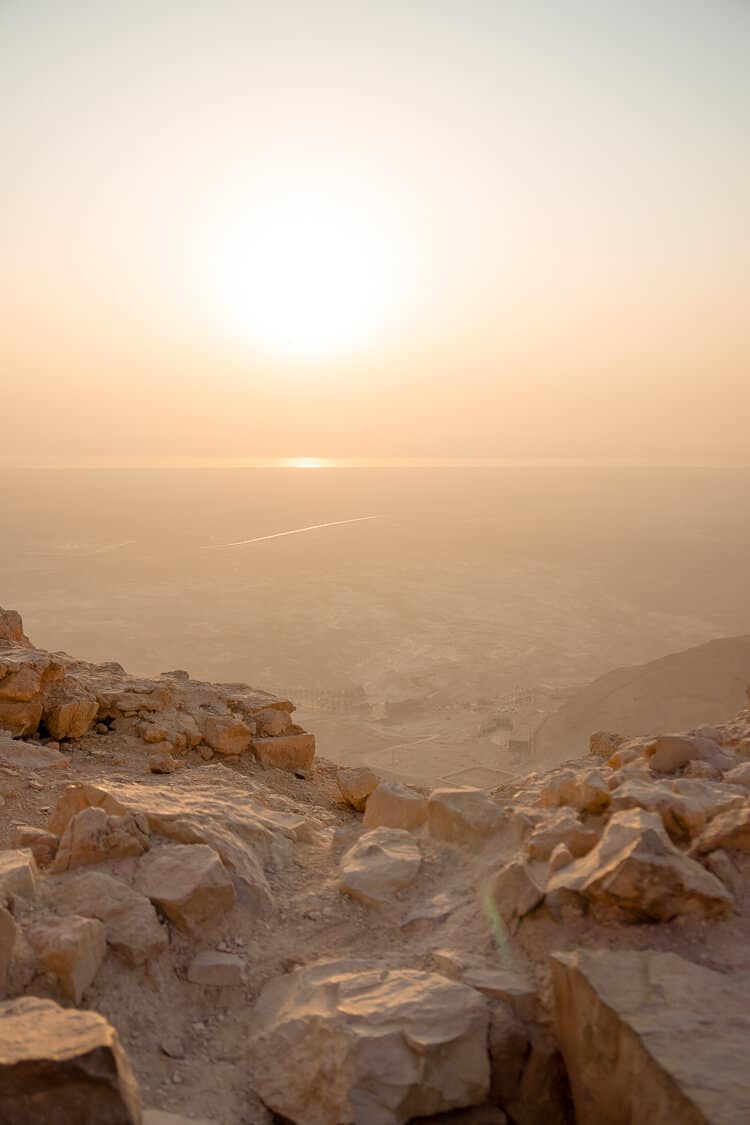 Hiking Masada at Sunrise in Israel

With the soft rose gold light of the morning, you feel like you’re in another time or another world within the ancient fortress on the plateau of Masada. Ancient ruins leave a hint of a lost civilization with a tragic ending and open the mind to meditation and imagination. 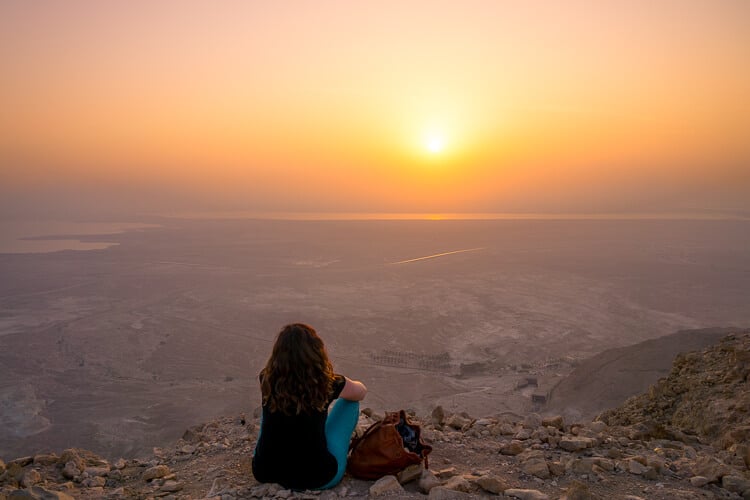 There’s something absolutely liberating about being in a foreign country by yourself. I’ve traveled by myself within the states, but this was the first time I was in a place with a different currency, tongue, and landscape that were completely unfamiliar to me. And I loved every minute of it. 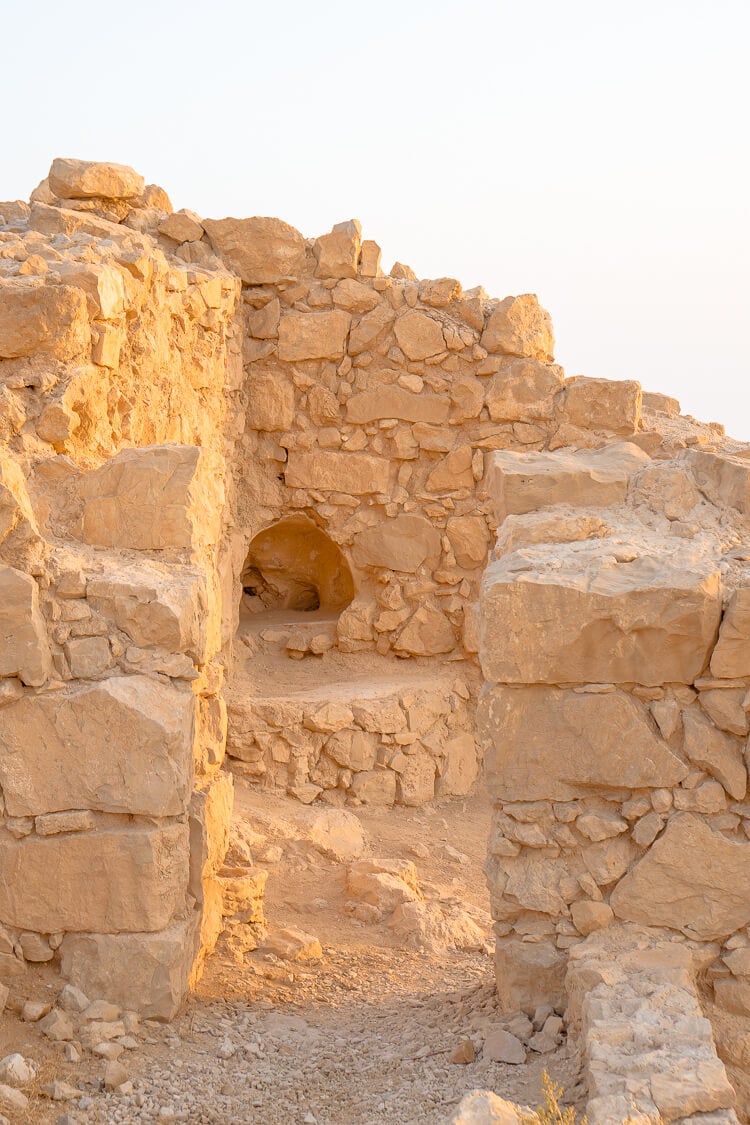 When I found out I’d be going to Jerusalem for work, I wanted to make sure to tack on some extra time to see some places outside the city. I had wanted to stay longer and even go to Jordan, but this last minute trip fell right between my trips to NYC and Poland as well as Thanksgiving. So I got one extra day. One day to get a taste of Israel all on my own. 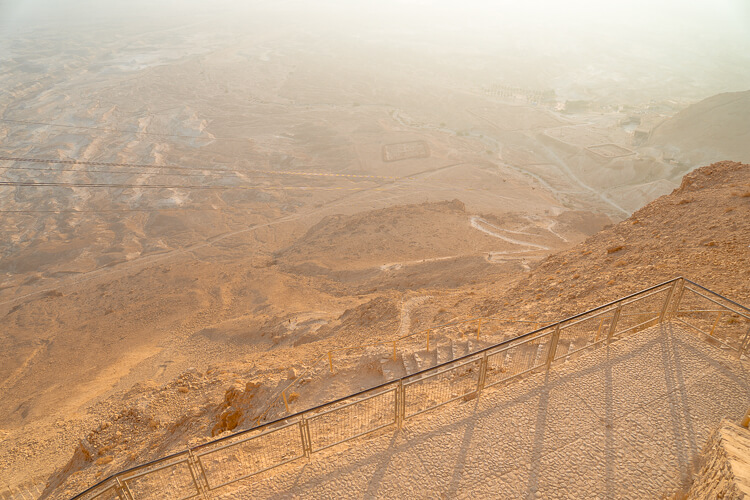 I spent a lot of time figuring out just how I wanted to spend that day, for a tiny little country, there’s so much to do and see. I thought about doing a day tour to Petra, but it had a hefty price tag attached, and I didn’t want to risk a delayed flight or oversleeping or not getting to my hotel in time for the work portion of my trip. I also thought about spending the day exploring Tel Aviv or venturing into Palestine, but it was nature that finally won me over. 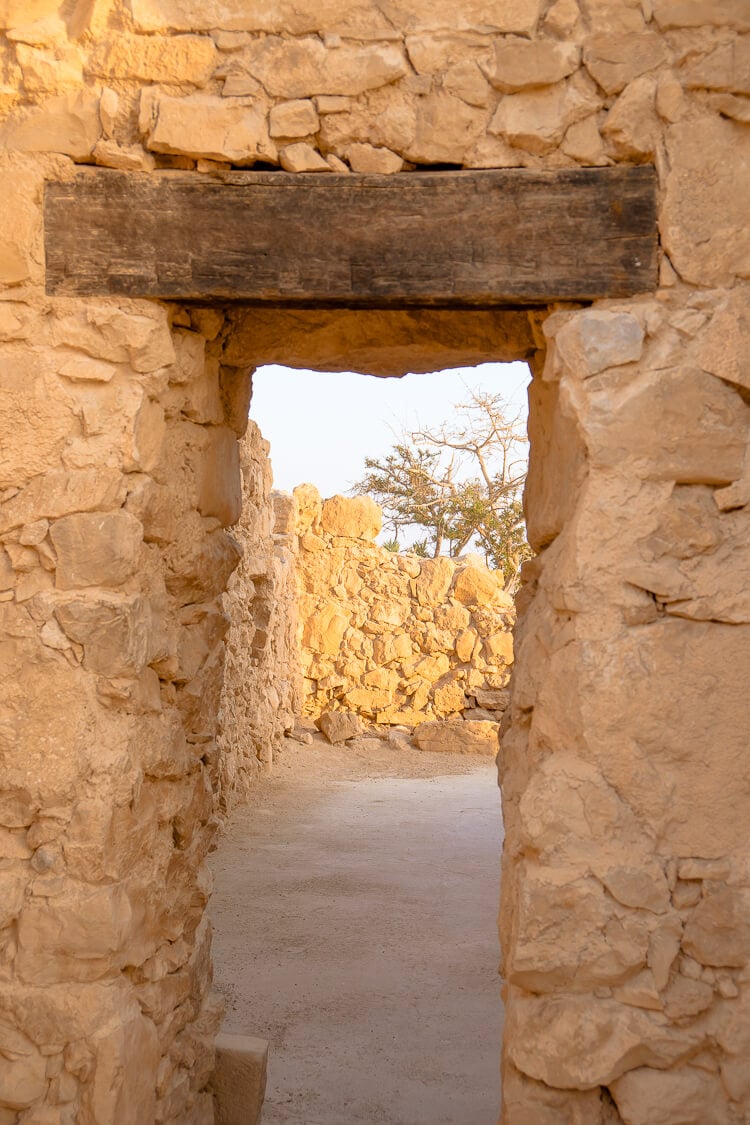 After lots of debating, I finally decided to do a day tour with Abraham Tours. I stayed at their Jerusalem hostel the night before; my flight got in late, and I had work to do once I arrived and then couldn’t sleep because my brain was still on Eastern Standard Time. So with about an hour of sleep, I packed up and headed to the lobby around 3:00 am to meet the group for the Sunrise Tour. 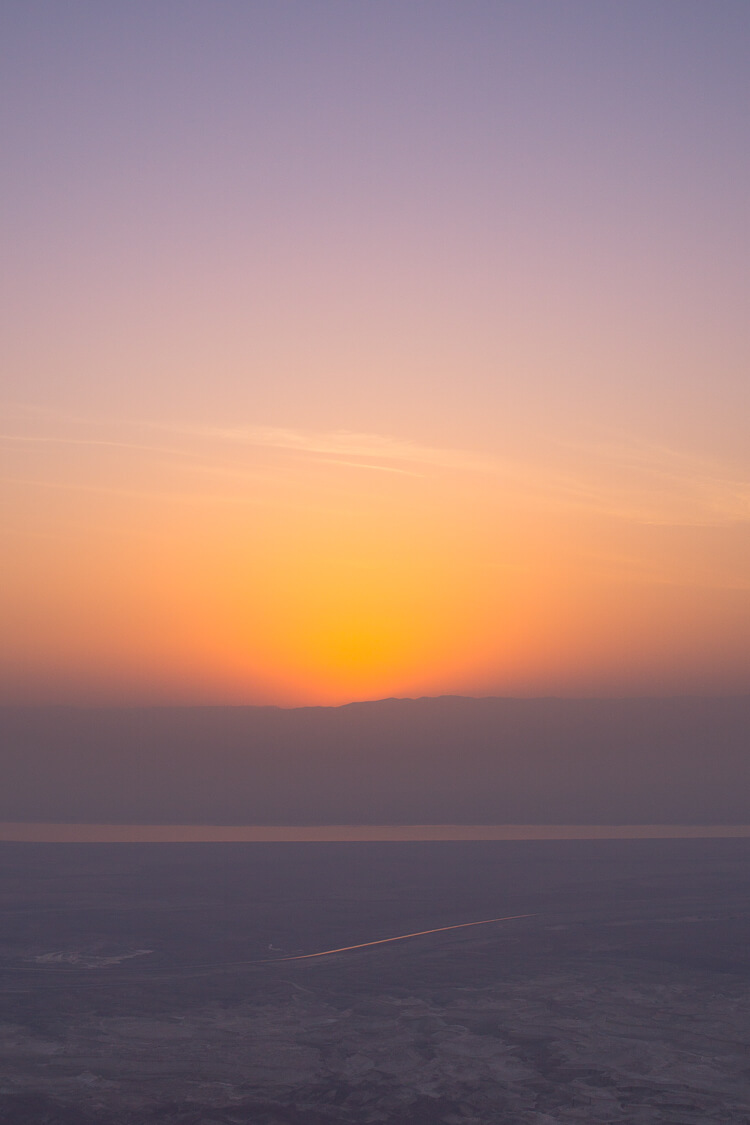 The tour included hiking to the top of Masada, an ancient fortress, then exploring Ein Gedi, an oasis in the desert, then floating and reading a book in the Dead Sea, a check off the bucket list. Every bit of the tour was incredible, even the hike up, because rolling down the steep hill and ending it all was incredibly tempting at one point 😉 But I made it to the top before sunrise, and it was worth the fatigued legs and bazillion stairs I had to climb. Or at least that’s what I tell myself now that I’m home laying on the couch writing this. 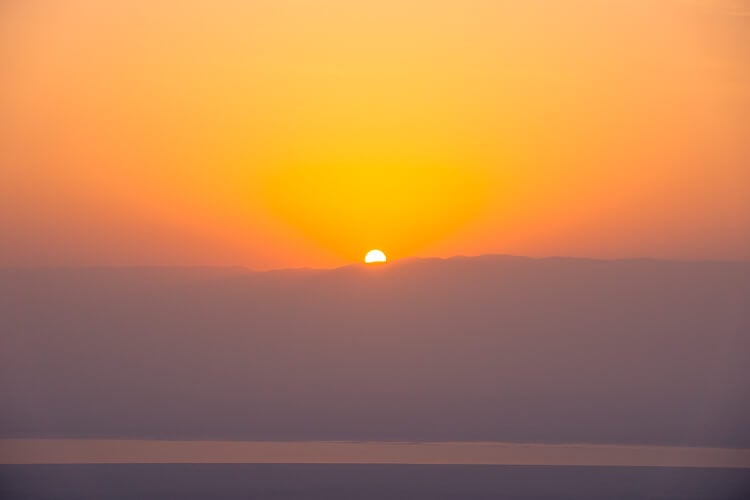 Masada is a rugged natural fortress, of majestic beauty, in the Judaean Desert overlooking the Dead Sea. It is a symbol of the ancient kingdom of Israel, its violent destruction and the last stand of Jewish patriots in the face of the Roman army, in 73 A.D. It was built as a palace complex, in the classic style of the early Roman Empire, by Herod the Great, King of Judaea, (reigned 37 – 4 B.C.). The camps, fortifications and attack ramp that encircle the monument constitute the most complete Roman siege works surviving to the present day. – UNESCO 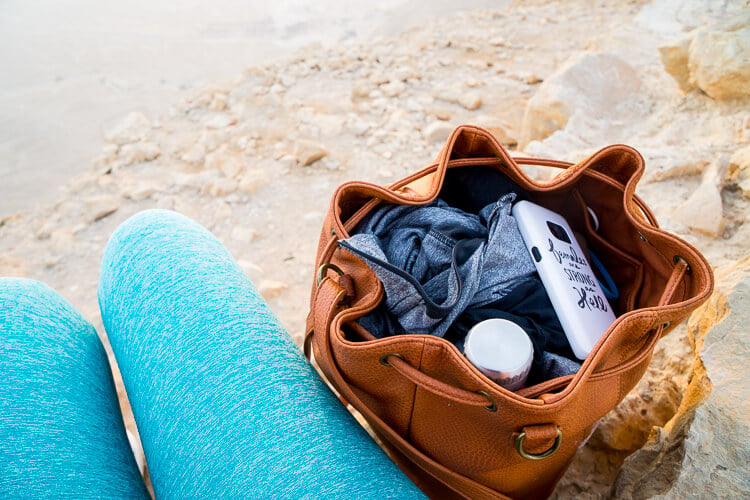 Masada was built in the year 30 BCE by King Herod, in 68 BCE it was the last stronghold of the Jewish zealots in their revolt against Rome. In 73 BCE, the 960 inhabitants of Masada committed mass suicide instead of being enslaved by the Romans. Their acts are considered that of courage, heroism, and martyrdom.

Not long after, Masada fell off the map and remained untouched for more than 13 centuries due to it’s remote and high location within the Judean Desert. It was rediscovered in the late 1800s and in 2001 it was named a UNESCO World Heritage Site. 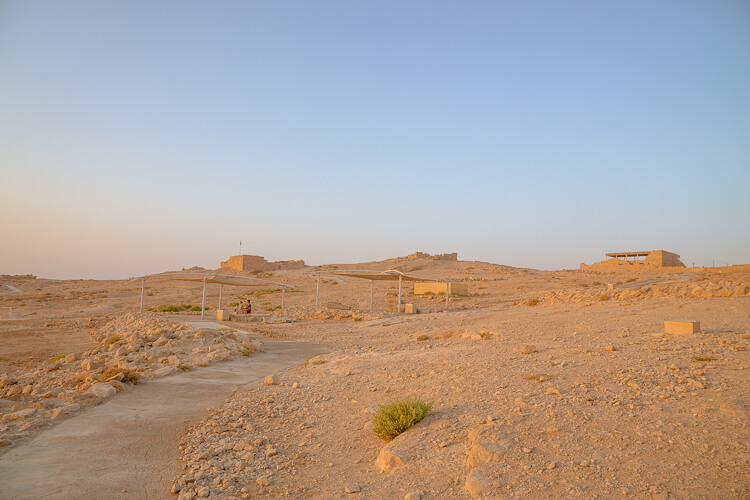 After watching the sun rise over the Moab Mountains, I had a little time to explore the ruins. It definitely didn’t feel like enough time and if you’re going on your own, I would highly recommend scheduling out an hour or two for the top to really take it all in. There are also some modern canopy structures to provide shade and during the summer months, Masada has a sound and light show a few nights a week. 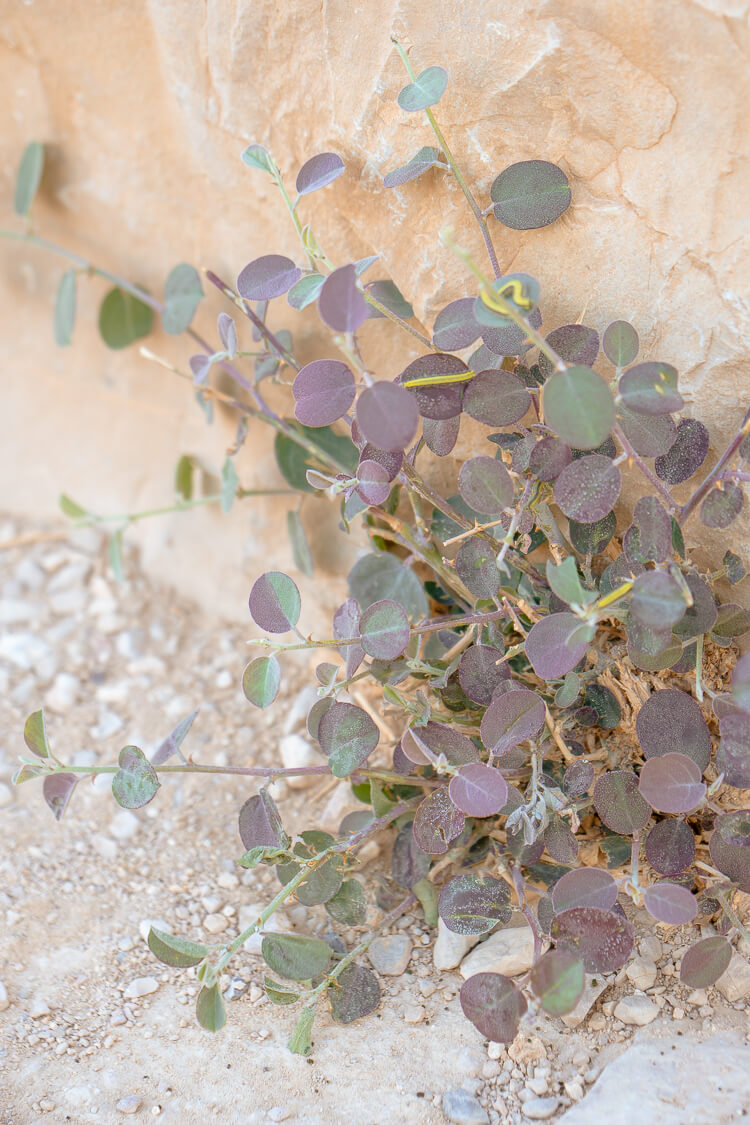 I know I joked about wanting to die, but if I weren’t so out of shape from all the damn beach vacations and pina coladas I’ve indulged in this year, it wouldn’t have been that bad. The trail itself, Snake Path, wasn’t bad at all, but the stairs, oh man, the stairs. That’s what almost killed me. So yeah, they’ll give your thighs and calves a run for their money, but it’s actually a nicely groomed path.

This was an incredible experience, but there were some things that would have made the hike easier for me and many of my fellow group members, so I thought I would share those tips with you in case you’re getting ready to make the trek yourself. 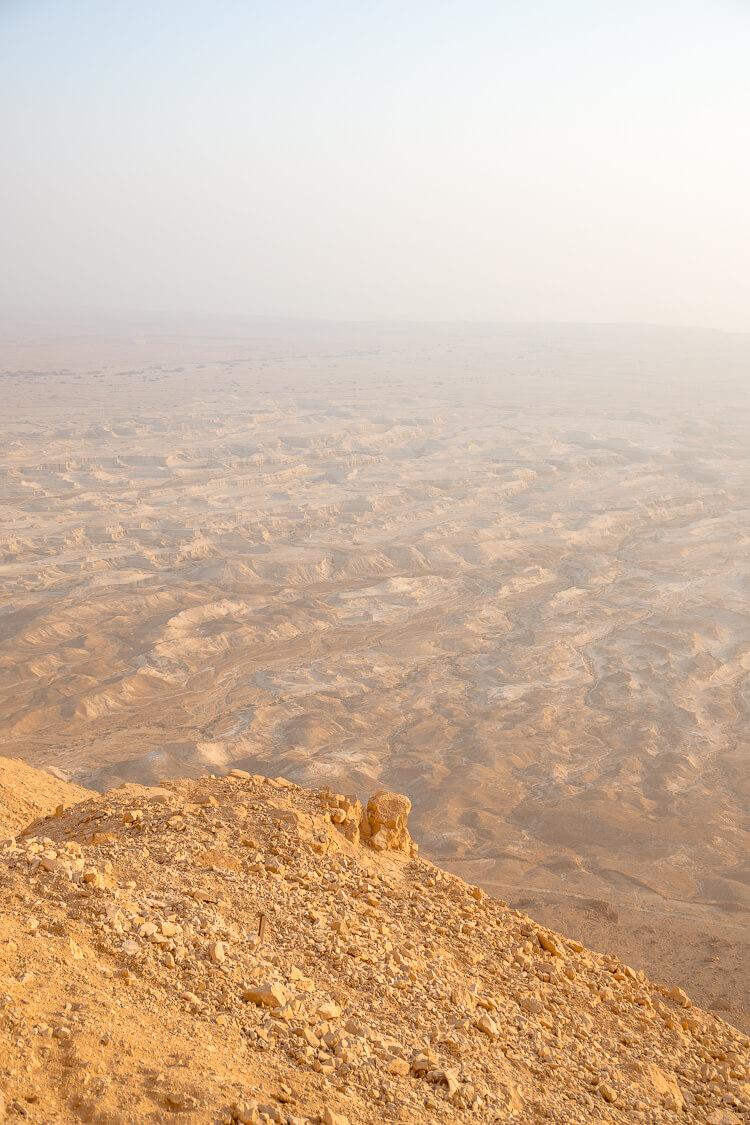 Best time of year to go to Masada:

Masada is open year round, April – September 8:00 am – 5:00 pm and October – March 8:00 am – 4:00 pm, you will not be allowed to climb to the summit should you arrive less than an hour before closing time. If hiking in the summer, the midday hours should be avoided due to severe heat. 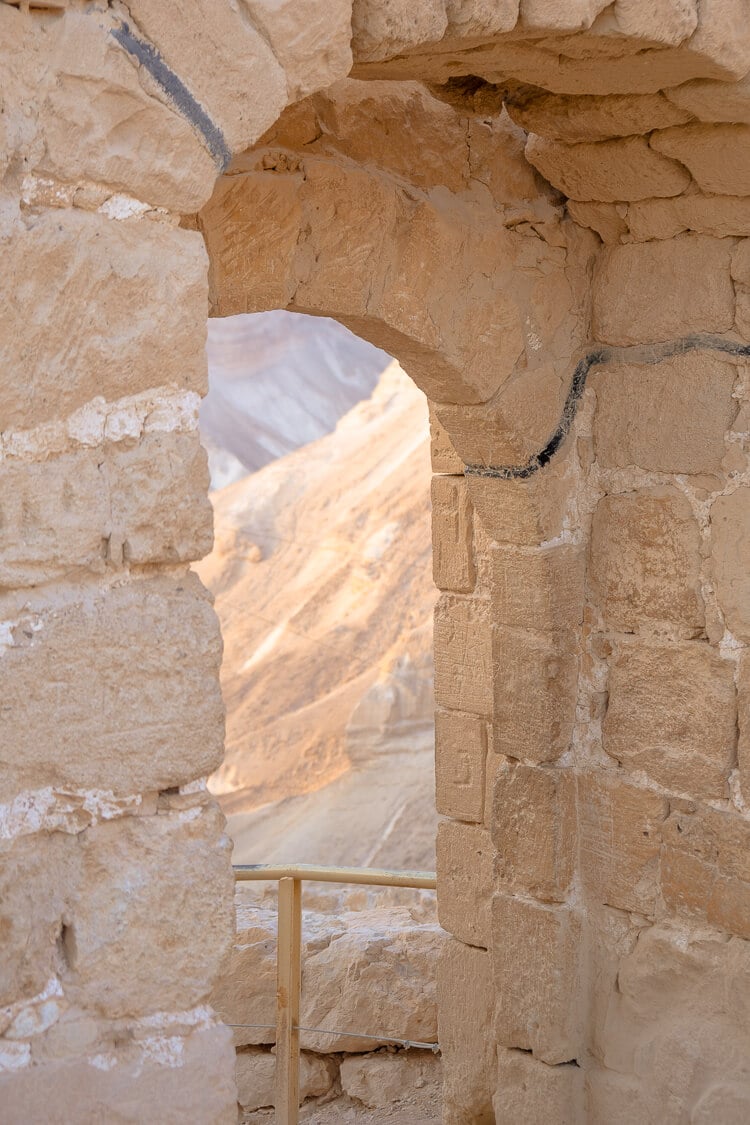 For the purpose of entrance fees – adults are those over 18 years old, youths are 5-18 year-olds and Israeli senior citizens are men over 67 and women over 64 years old.

How to Get to Masada: 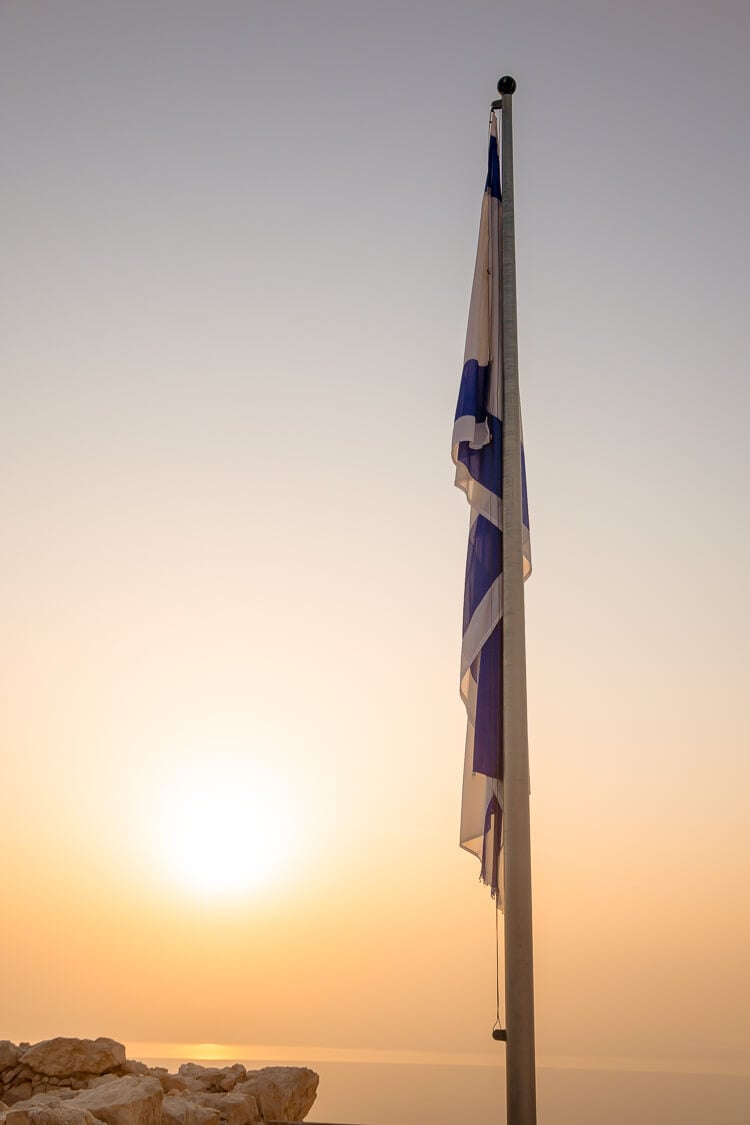 What to Bring to Masada: 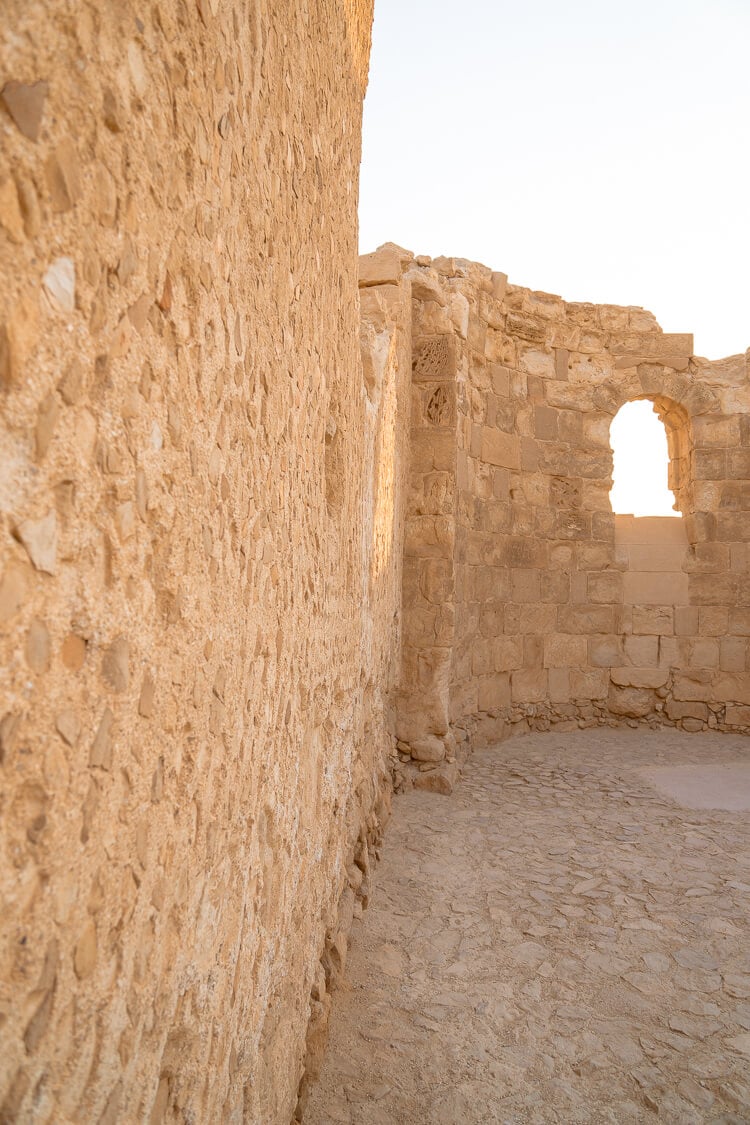 Tips for the Hike up Masada: 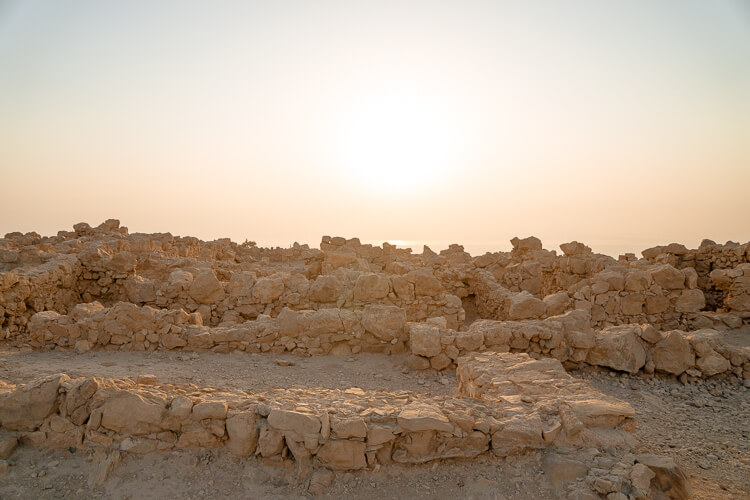 I think that just about covers my tips for the best, most successful hike to the top of Masada to watch the sunrise. And if you’re planning a trip to Israel, make sure that this is on your list, you won’t regret it.

And even though you’ll want to have your phone and cameras out, capturing the beauty of the morning light. Don’t forget to take a few moments to just shut down and absorb your surroundings, soak up the ancient history and warm morning sun, and remember just how lucky you are to be alive right now. 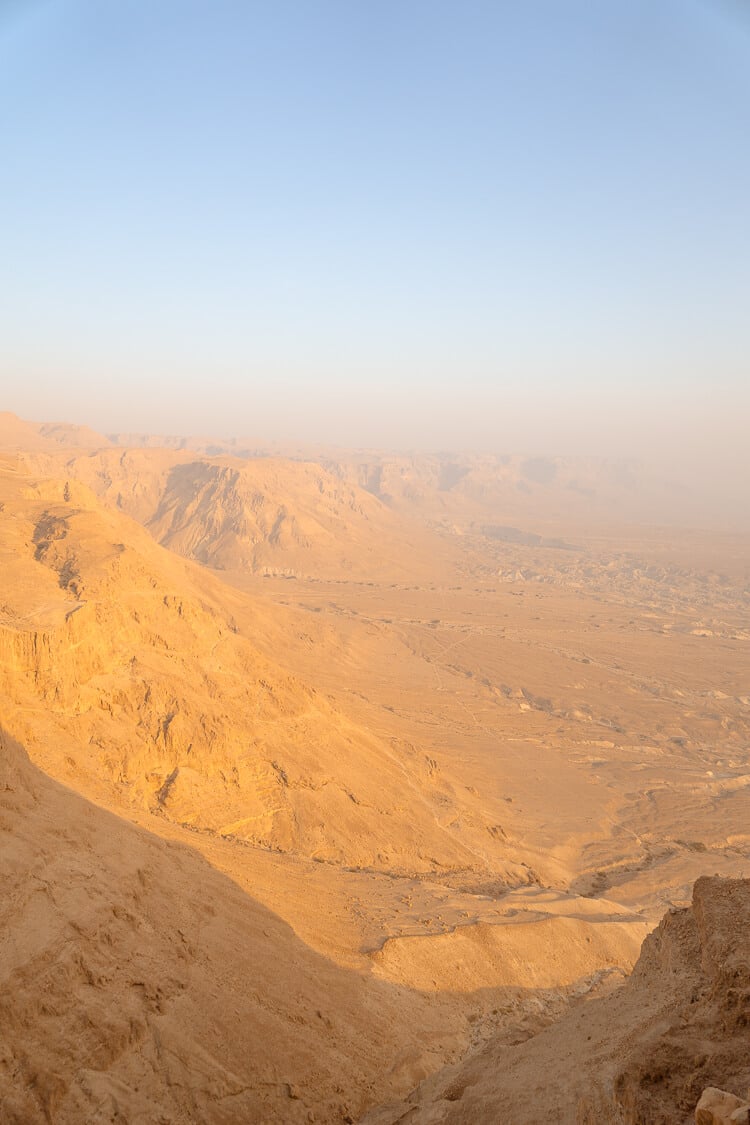