This Homemade Funfetti Cake is made with a fluffy white cake loaded with rainbow sprinkles and wrapped in a white chocolate whipped cream frosting and even more sprinkles! 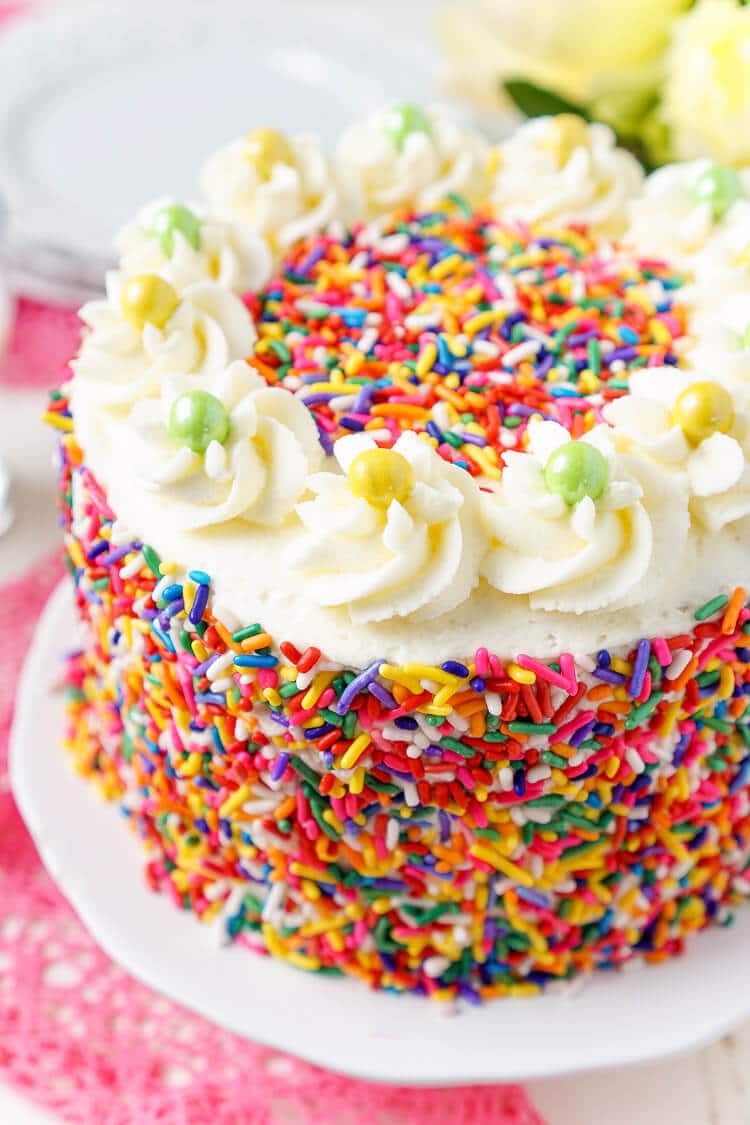 Who would have thought that the Oscars would inspire me to make not one, but TWO, cakes! And oddly enough they came out of what are probably two of the darker nominees this year. We had Boston Cream Pie for Spotlight and now I’m sharing this Funfetti Birthday Cake inspired by Room! 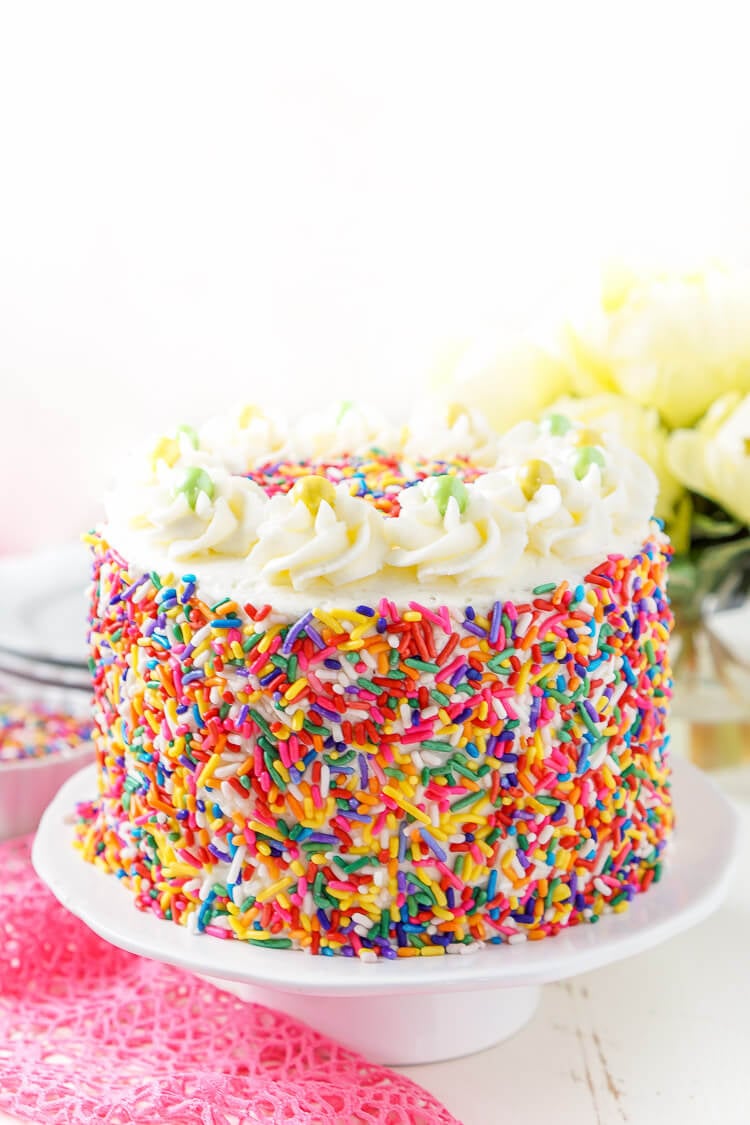 Early in the film, it’s Jack’s 5th birthday and he and his mom make a birthday cake. Now obviously, when you’ve been locked in a room for seven years there isn’t a whole lot to work with and their cake definitely didn’t look like this one. But I’d like to imagine that on his 6th birthday Jack got a pretty spectacular cake like this! Also, I left off the candles to make it more authentic to the film 😉 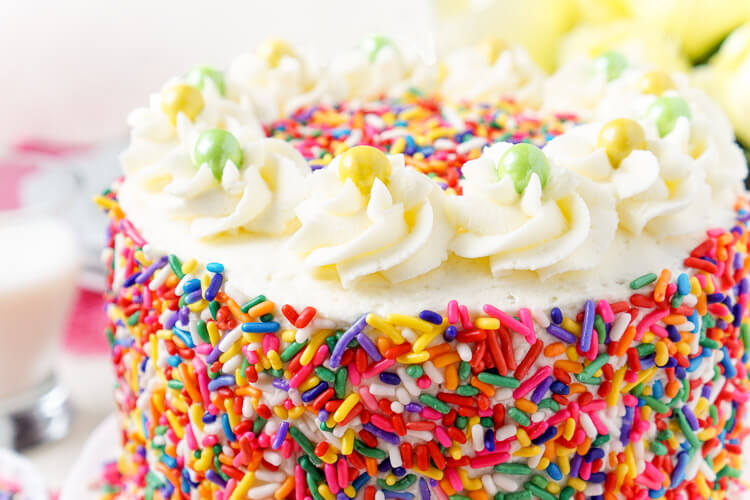 We watched Room tonight and it was the last of the Best Picture nominees for us to see. And I hate to say it, but it was the most disappointing, even Bree Larson who won the Golden Globe for Best Actress for her role didn’t impress us. 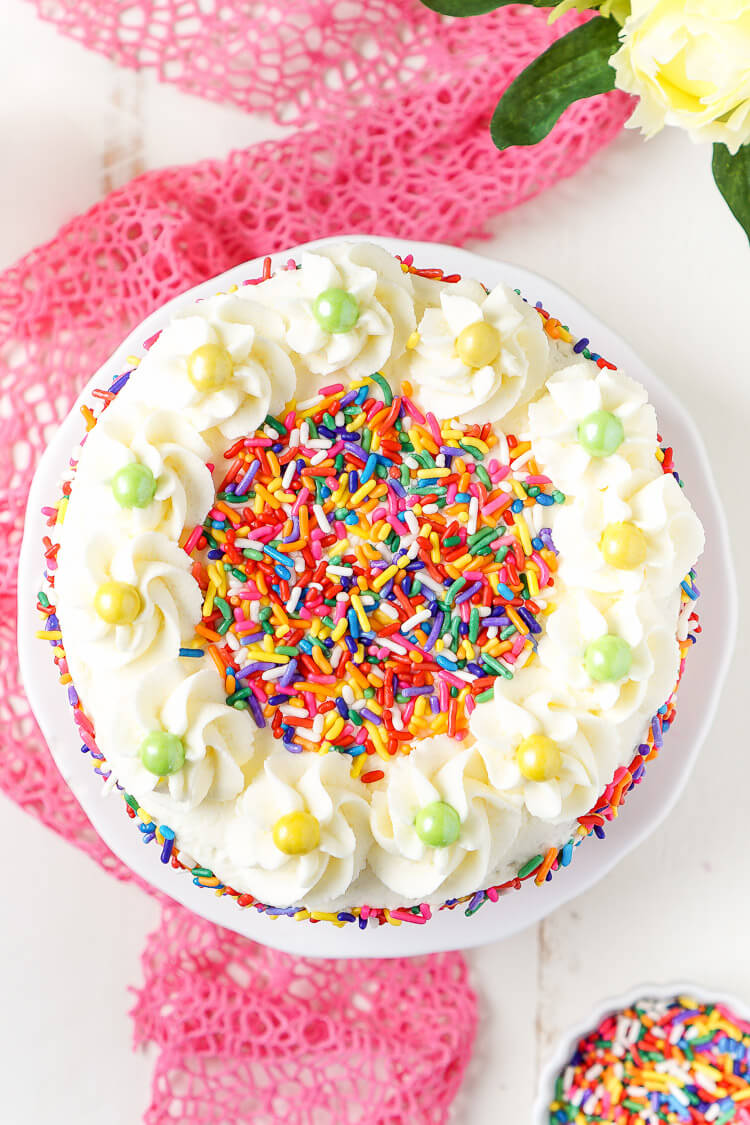 Matt described it as Boyhood with a Saw beginning, not quite that extreme, but you get the idea. And a friend of ours even joked that the last half turns into a bit of a Lifetime movie and I’d have to agree. Neither of us has read the book, so I can’t speak to how much may or may not have been changed in the adaptation, but overall we felt it was more or less “incomplete”. 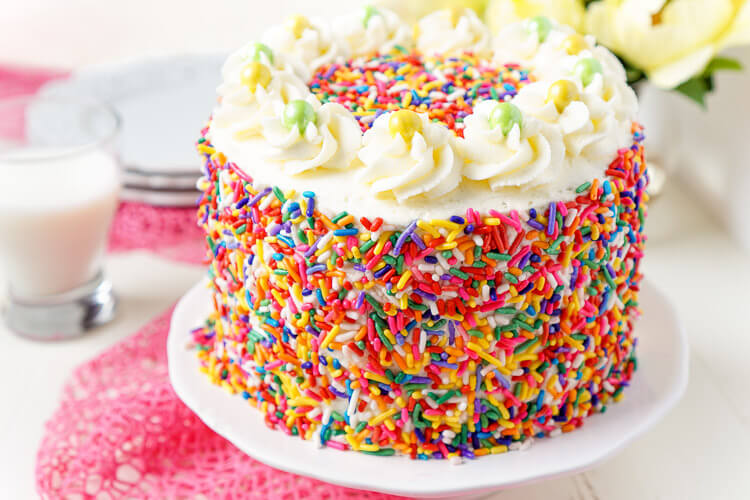 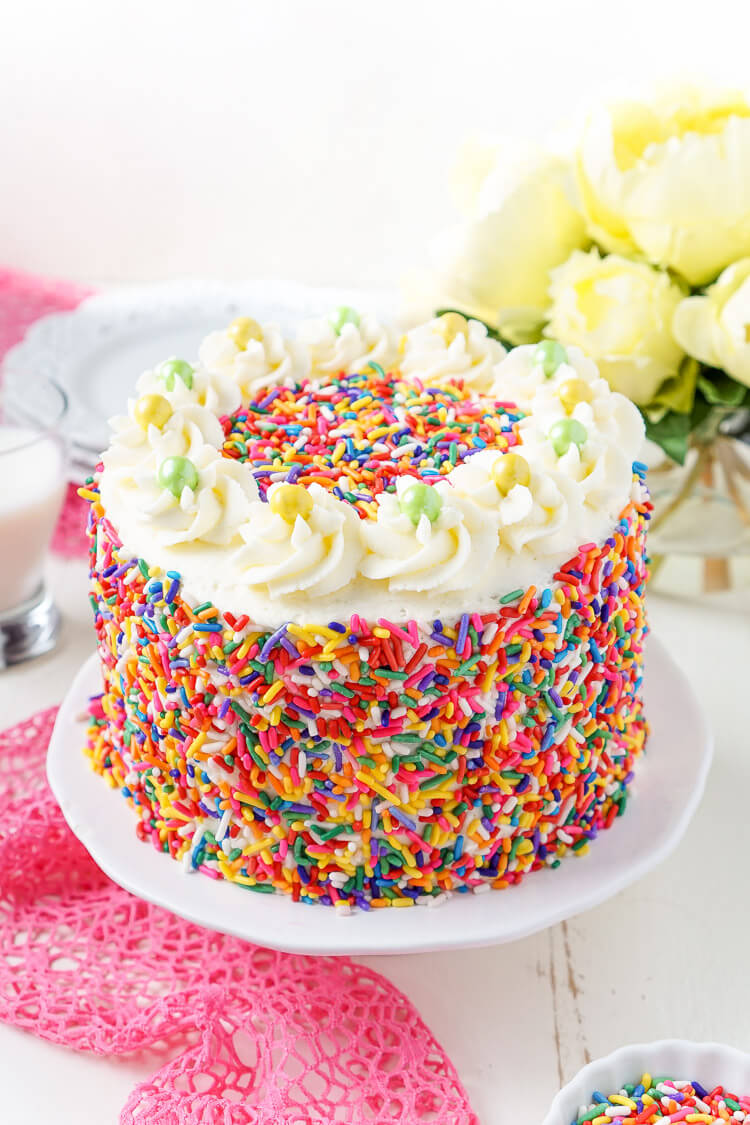 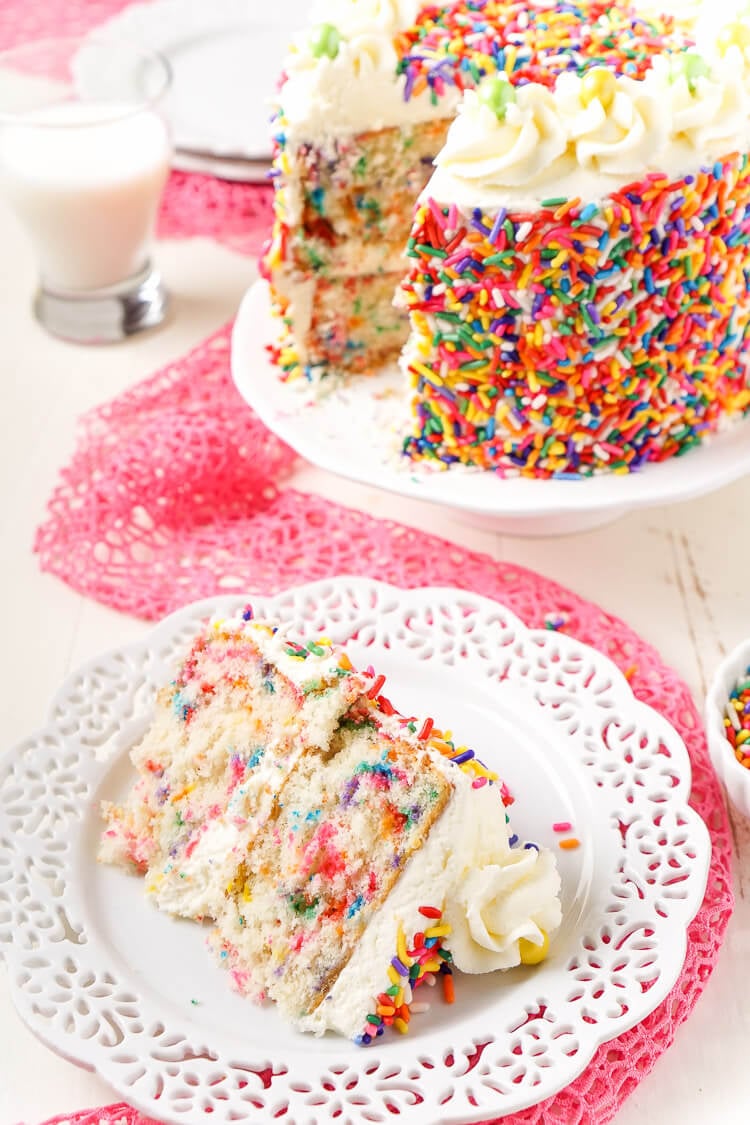 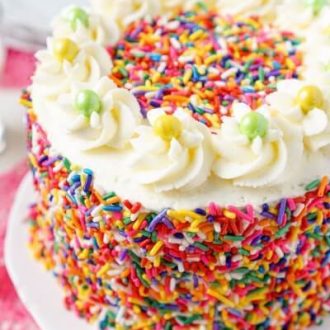