Whiskey Honey Pulled Pork is slow cooked to perfection and loaded with flavors of sweet honey, tart cider, and whiskey for a delicious meal! 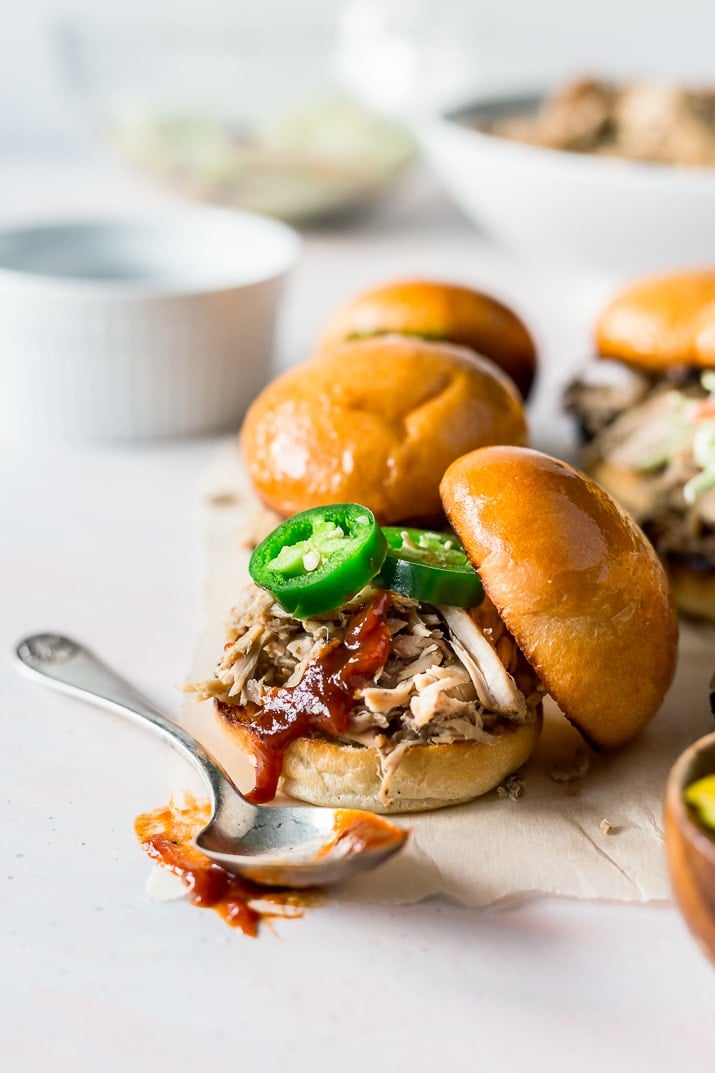 Pulled Pork is a dish that we LOVE in our house! Since we moved to the city, we’ve been hitting up the European Farmer’s Market and getting a pork roast every other week. We slow cook it and it usually lasts us another three or four meals, there are so many things you can use it for, and we love mixing up the flavors and dishes!

Pulled Pork is such an easy dish to throw together and you can either prep it in the morning and have it cook in the slow cooker all day, or you could even cook it in an Instant Pot which would bring the cook time down to about an hour. I love my Instant Pot because on the nights when I’m really craving something like pulled pork sandwiches or Pot Roast, I can actually make those dishes FAST! 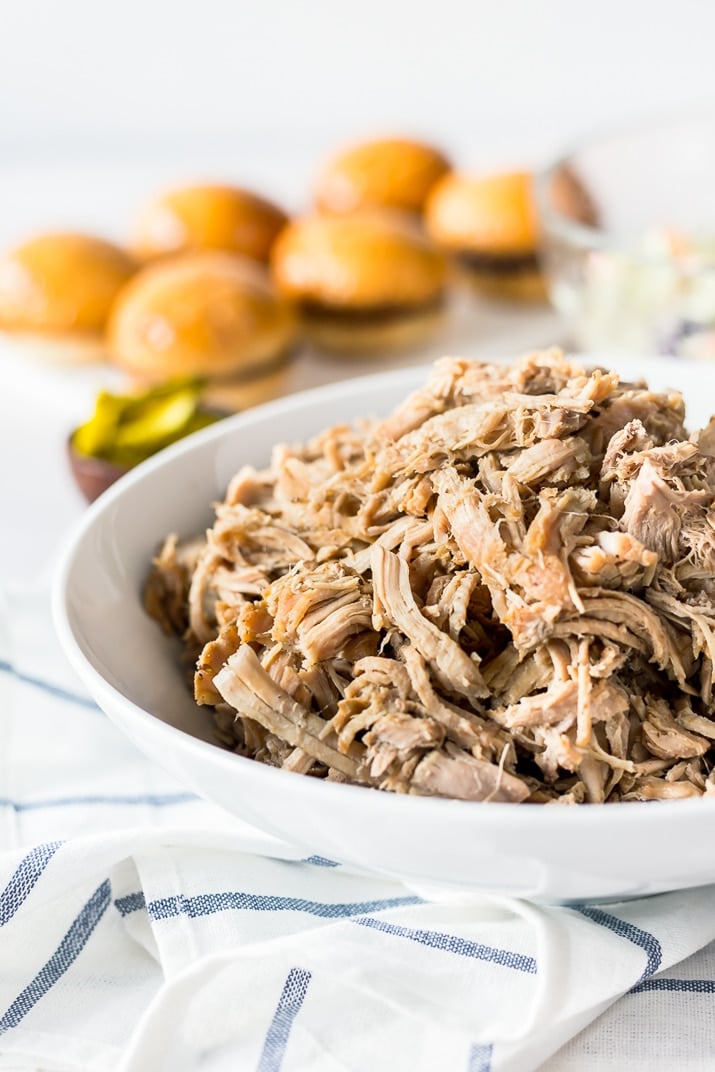 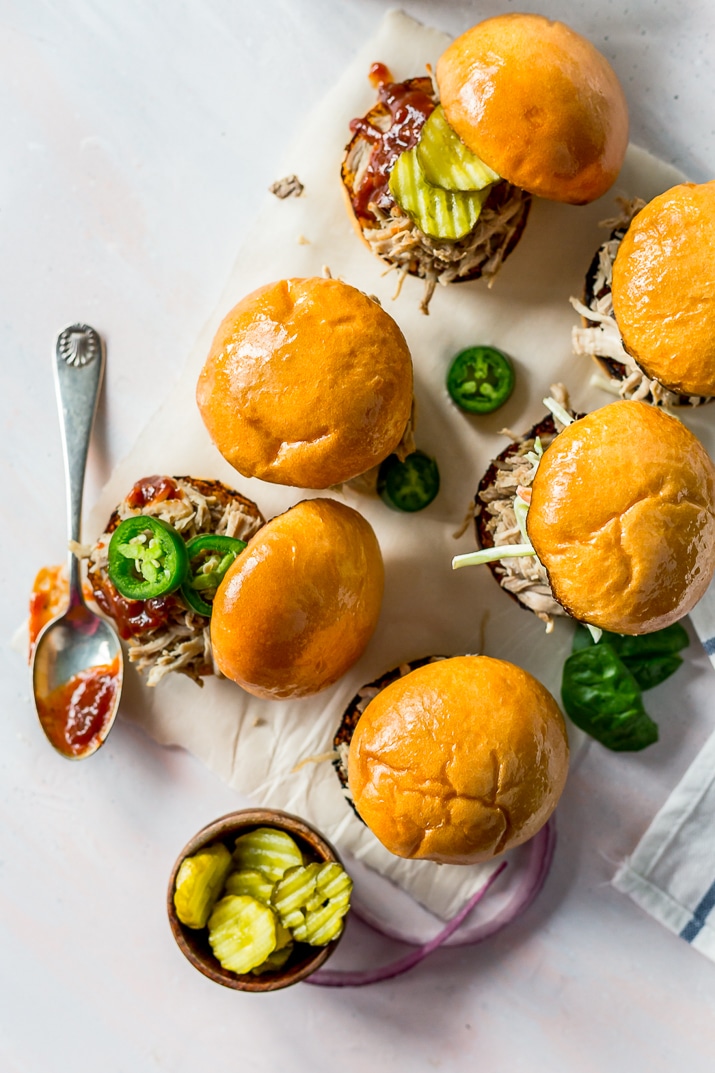 I know many of you probably aren’t quite ready to whip out your slow cookers and pack away the grills, but football season is upon us and the cooler months aren’t far behind. And trust me, this is a pulled pork recipe you’ll want to keep on hand for game day parties and cold snowy days. 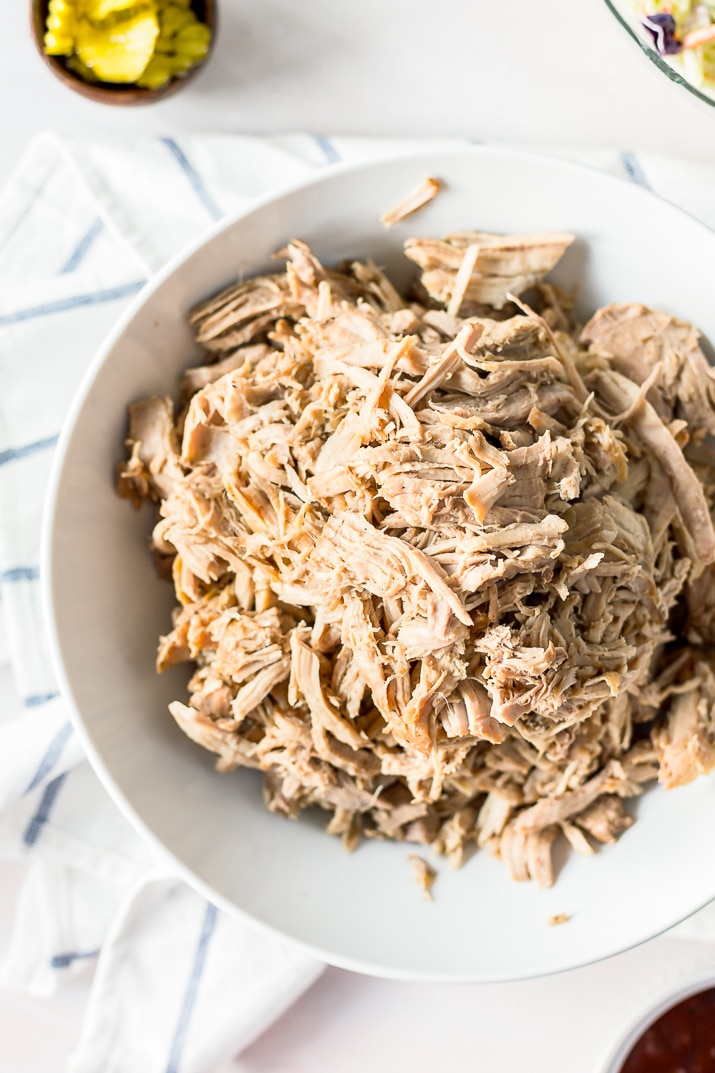 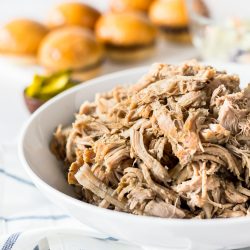