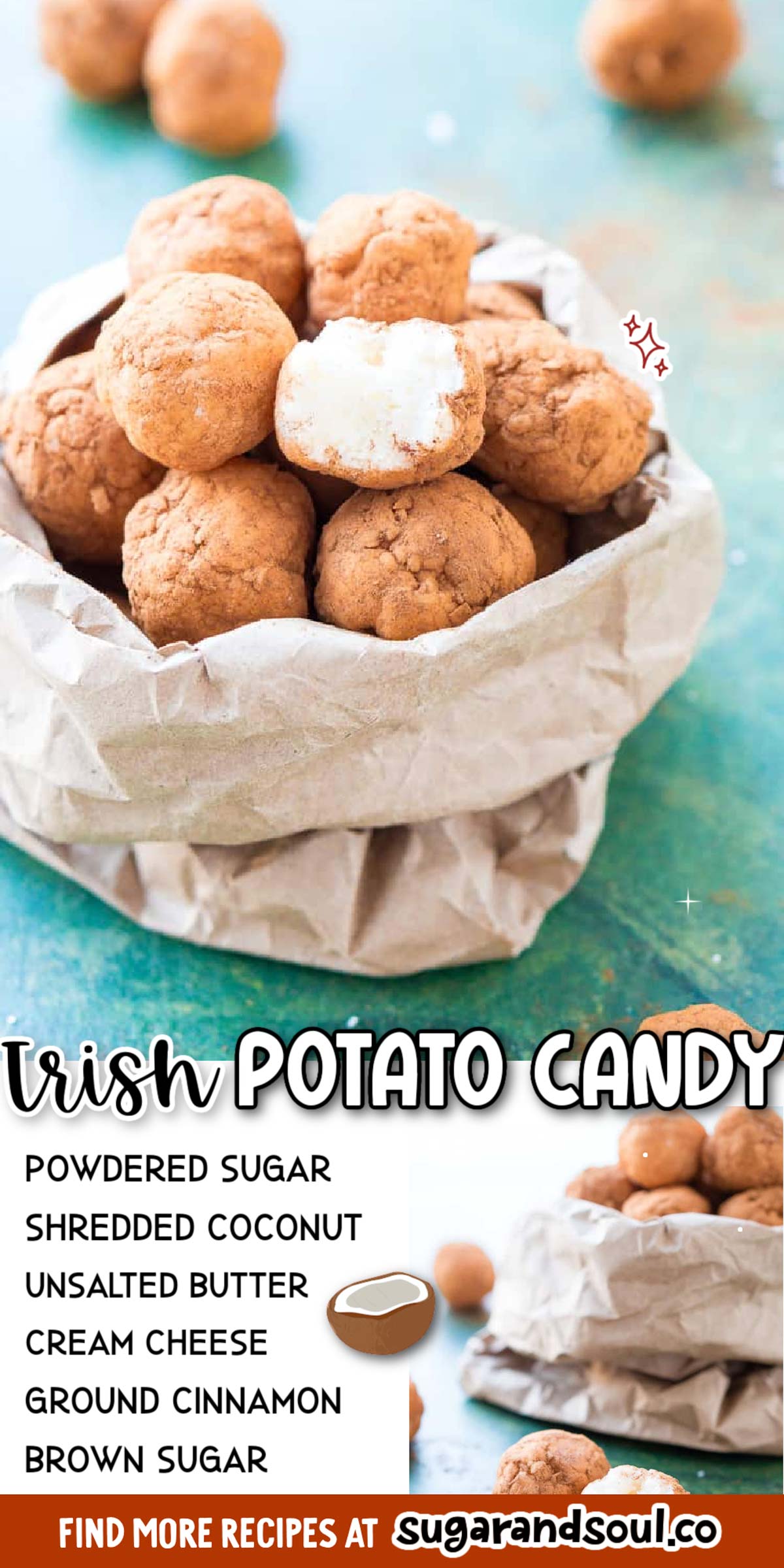 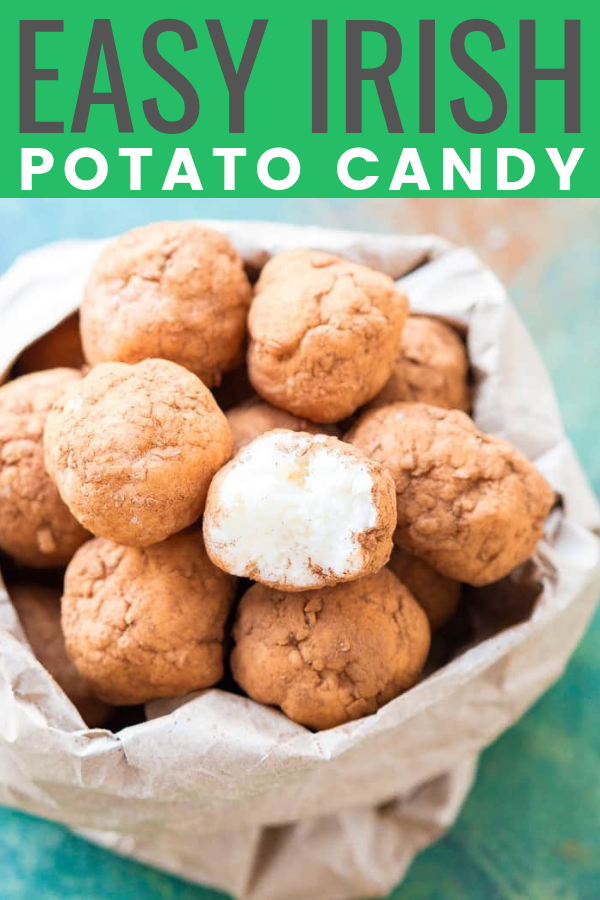 This Irish Potato Candy is perfect for celebrating St. Patrick’s Day with! Made with butter, coconut, cream cheese, sugar, and cinnamon and they look like baby potatoes!

Make them and serve them with St. Patrick’s Day Punch at your party!

Irish Potato Candy. It didn’t originate in Ireland. It isn’t made out of potatoes. It’s more of a treat than a candy. So the name seems a little misleading, huh?

These sweet treats actually originated in Philadelphia and they’re made from coconut, cream cheese, sugar, and cinnamon.

They got their name because they look like potatoes, and they really do, don’t they?

And if there’s one thing Ireland is known for other than beer and beautiful scenery, it’s potatoes. They really do look like a sack of potatoes and they’re just so cute!

Although we Americans know March 17th to be a day full of leprechauns, pots of gold, and green-colored mischief, the day was originally created to remember Saint Patrick, the patron saint of Ireland.

In the US, people consider it a day to honor their Irish heritage, but in Ireland, well, it’s pretty well known that they’re almost all Irish!

Still, the holiday always makes me reminisce about the trips I’ve taken to Ireland!

Anyway, these little treats are not only festive, but they also bring back wonderful memories. Plus, I love potatoes in all forms, whether they’re fried, mashed, as candy, you name it!

I love how easy these potatoes were to make and that there wasn’t any cooking or baking required.

They were a great little treat, the cream cheese, and coconut pair perfectly with the confectioner’s sugar so they’re sweet but not too rich.

These little grab-n-go bites are perfect to bring to parties or to work to share with your colleagues. Trust me, all it takes is a little food to become the office favorite. 😉

This dessert treat is super easy to make because it doesn’t require any cooking or baking!

You can use Irish Potato Candy to play a funny little trick on friends and family: they look like potatoes, but one bite proves that they’re actually light, fluffy, and sweet candies!

I think it’s a sneaky trick that an impish leprechaun might pull, don’t you think?

The cinnamon can be quite strong, but you can also substitute the cinnamon for and blend of cinnamon sugar or cocoa powder and sugar if you’d prefer it.

The recipe makes quite a few two-bite treats, so there’s plenty to share! 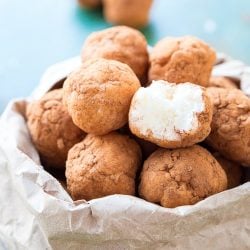 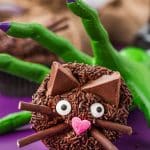 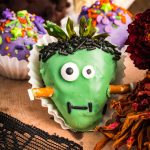 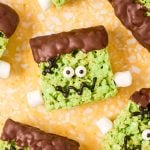 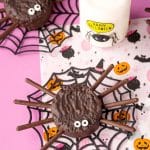 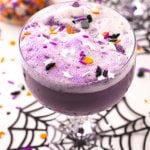