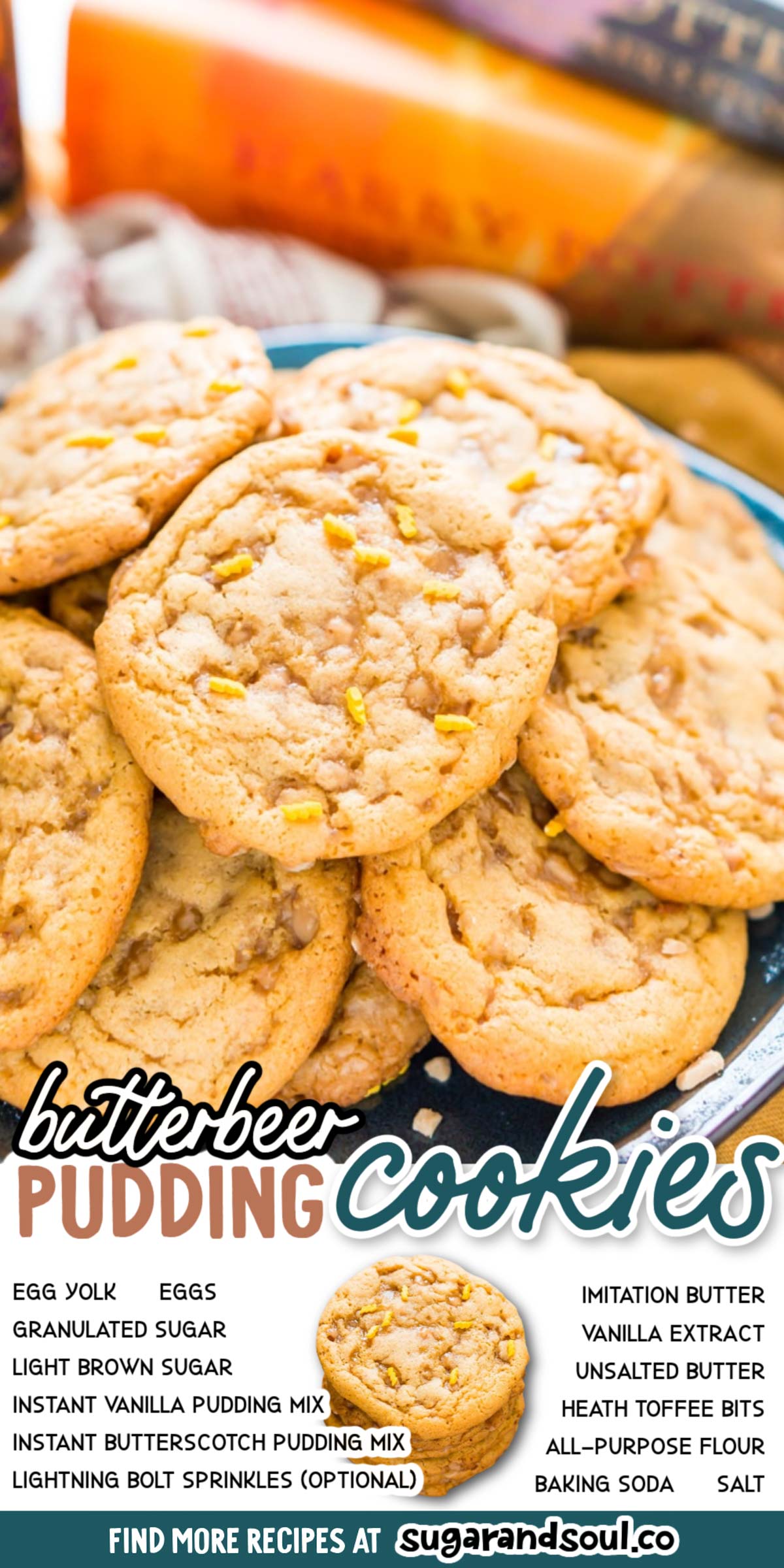 I researched it and the numbers make sense, but Harry is supposed to be my age! It was a little upsetting to find out there was a ten-year age gap between us, but he was probably never going to leave Ginny for me anyways…

Just us, the dog, and some cookies are all we need to be swept up in the wizarding world for a few hours and not worry about the hubbub of the holidays.

I have the Ravenclaw Hardcover and it’s so gorgeous, I can’t wait to collect the others! I’ve also been collecting the Illustrated Editions and the MinaLima Editions (so gorgeous)! 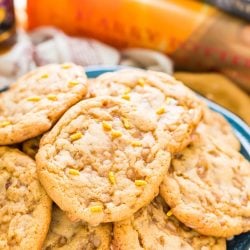 Rebecca Hubbell
These Harry Potter inspired Butterbeer Cookies are a sweet old-fashioned blend of vanilla and butterscotch loaded up with toffee bits. Baked to perfection with a soft chewy center and lightly crisp edges, they won’t last long!
4.92 from 49 votes
Prevent your screen from going dark
Print Recipe Pin Recipe Rate this Recipe