sign up!
Home » Recipes » How To Steam Lobster
Jump to Recipe Print Recipe 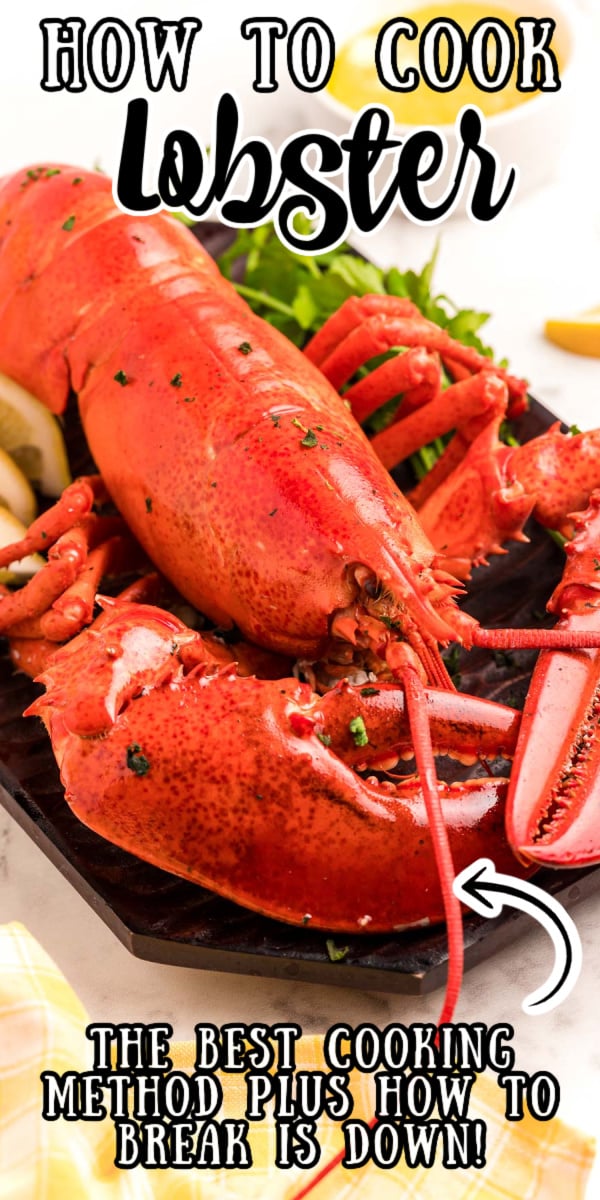 How To Steam Lobster is an easy cooking method resulting in amazingly tender and delicious lobster meat in just 20 minutes of cooking time!

How To Steam Lobster will walk you through the process of how to easily and quickly cook your lobsters for all your summer get-togethers! Bright red lobsters with pearly white tender meat will impress all your guests as their mouths water while dipping each bite of this tasty delicacy in melted butter!

I don’t just stop at how to cook the lobsters though! I also let you in on an easy way to crack open the lobsters to get to the meat in a quicker way other than wrestling with a lobster cracker!

Once you discover how easy it is to steam your lobsters you’ll be ordering some lobster bibs, stocking up on butter, and calling up some friends to host your very own backyard lobster feed!

Cooking lobster requires minimal ingredients and just a few helpful tools to carefully but quickly get to the meat! For this recipe you’ll need:

All that’s left is choosing how to eat your lobster meat! One of the most popular ways is enjoying it served with melted butter and lemon wedges.

You can also use the lobster meat in a delicious Lobster Roll or creamy Lobster Bisque! How about adding it into your favorite Mac and Cheese recipe?

How To Steam Lobster

How To Break Down Lobster

Removing the meat from the lobster may seem like a lot of work! But by using just kitchen shears and bamboo sticks I’ll walk you through an easy way to get to that tasty lobster meat!

How To Store Steamed Lobster

To do so place the meat in freezer bags and store for 3-5 months in the freezer. To thaw it just place it in a bowl overnight in the refrigerator.

How Do I Know If The Lobster Meat Is Cooked?

When the lobster meat is opaque and pearly white it’s done cooking. If the meat is still translucent just place it back in the pot to finish cooking.

Can I Reheat Steamed Lobsters?

Yes you can! Just place the whole lobster on tin foil, belly up, and place some butter on the belly and tail. Then wrap the lobster up in the tinfoil and place it on a baking sheet.

Reheat in the oven at 350 degrees F for about 10 minutes. Lobster is done when the meat is warmed.

You can also place the whole lobster into a pot of boiling water to reheat it.

How Much Lobster Meat Is In One Lobster?

On average you will get about 20-25% of the total lobster weight back in meat. Generally, a 2 pound lobster will yield about 6-8 ounces of lobster meat.

Can I Steam More Than One Lobster At A Time?

How To Steam Lobster is a great way to enjoy tender, delicious seafood in no time! Check out more of my tasty Seafood Recipes that I think you’ll enjoy just as much!

How To Cook Lobster 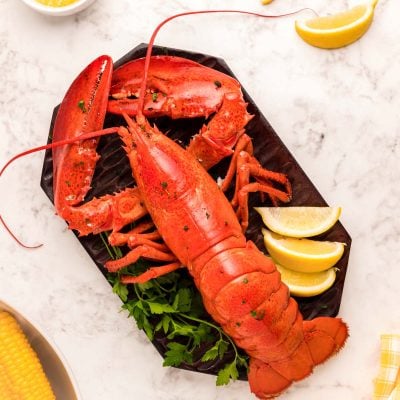 How to Steam Lobster

How To Steam Lobster

How To Break Down Lobster