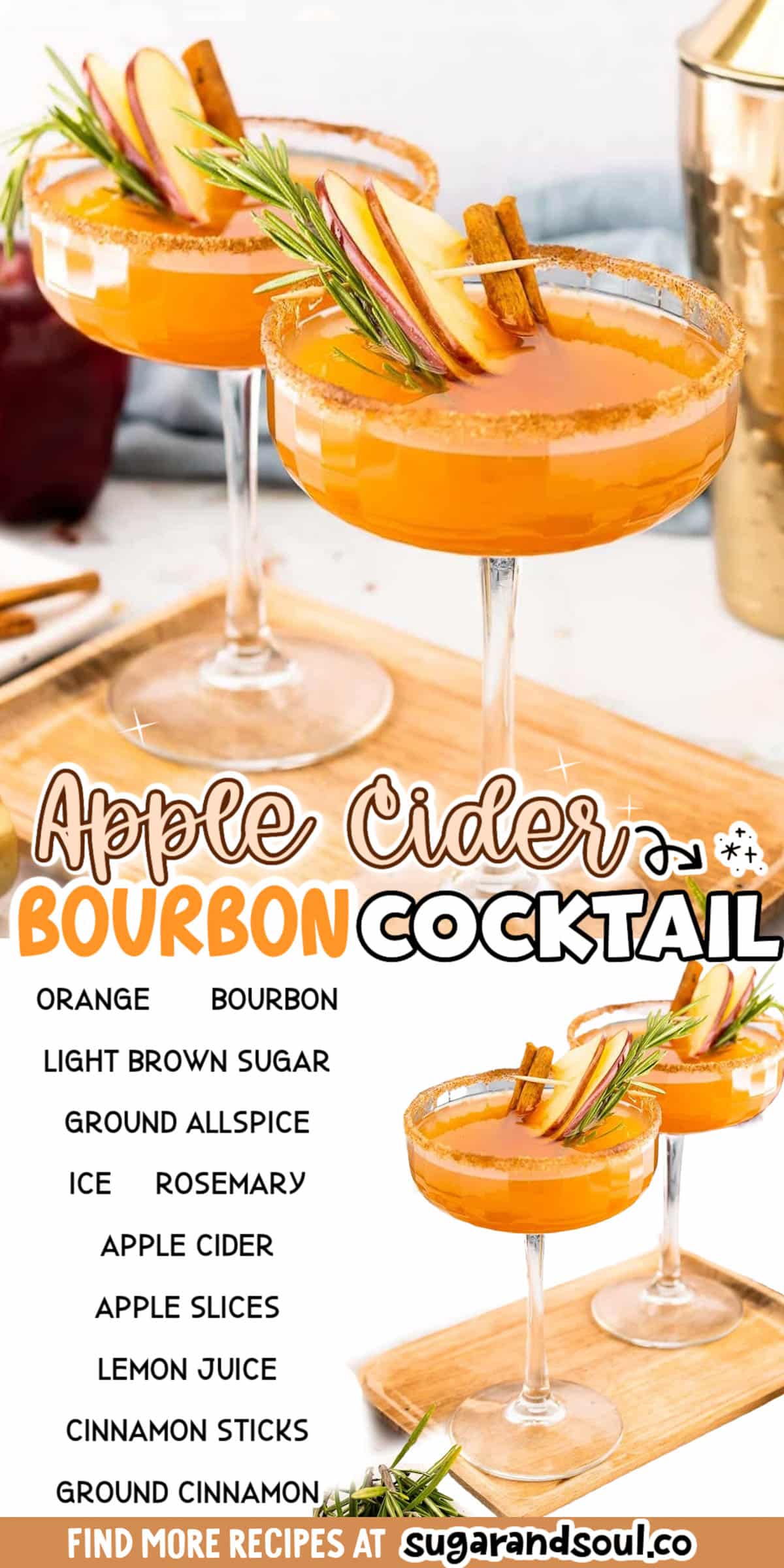 Sip on another apple cider drink that’s mixed with alcohol! My Caramel Apple Cider Mimosas and Apple Cider Mojito are both crowd-pleasing options you’ll enjoy as much as this cocktail!

Get yourself in the mood for Fall with this flavorful Apple Cider Bourbon Cocktail! Even though it’s made with simple ingredients you’re sure to get tons of positive feedback from friends and family!

Your favorite bourbon mixes with spiced cider that’s made right on your stovetop! Allowing you to not only taste the flavor of the fall season but it will also fill your home with a wonderful aroma!

The spiced cider can even be stored in the fridge for up to a week! Allowing you to make this Cinnamon Bourbon Apple Cider Cocktail in minutes whenever the craving hits!

If you’ve never had apple cider, it’s essentially unfiltered apple juice. However, it’s a bit more tart in flavor while also being less sweet than juice.

Apple cider is definitely the best choice for this Apple Cider Bourbon Cocktail! Its tart, lightly sweet flavor matches well with the brown sugar, sweetening it up to the perfect flavor.

If you can’t get your hands on a jug of cider you can replace it with apple juice. If you have to take that route, you’ll want to reduce or even eliminate the brown sugar.

Another nicely garnished drink is my Mulled Wine! Since it’s made with whole spices, it’s also a great recipe to enjoy with the changing of the seasons!

If you need a non-alcoholic option that’s still tasty and garnished well, I have you covered! My Slow Cooker Mulled Apple Cider and Kinder Punch are both bursting with the flavors of Fall!

Can This Recipe Be Made Into A Large Batch?

Yes, you can double this Apple Cider Bourbon Cocktail recipe and serve it out of a pitcher or punch bowl. Doubling the recipe will yield 6 drinks and make this a great cocktail to serve for Thanksgiving!

If you’re looking for a larger amount you may want to consider tripling the recipe!

Is There A Substitution For Cinnamon Sticks?

Not really since ground cinnamon would change the drink and become overwhelming. You can omit it, but I will say that the cinnamon stick dresses the drink up wonderfully! So, if you can get your hands on some I’d recommend grabbing them! If you do need to use ground cinnamon in the cider, I would probably skip it on the rim.

What Can I Use If I Don’t Have A Cocktail Shaker?

A cocktail shaker can easily be replaced by a mason jar with a lid, blender bottle, or protein shaker.

What Bourbon Should I Use?

You can use your favorite, but we do prefer Elijah Craig Barrel Proof or Michter’s US 1. Maker’s Mark is a good budget-friendly choice. We also like Jim Beam Black Label which we use in our Blueberry Bourbon Smash recipe.

Can I Make This A Hot Apple Cider Cocktail?

I haven’t tried this Bourbon Apple Cider Cocktail recipe as a warm cocktail, but I don’t see why you couldn’t try it! Once the spiced cider cools down a bit from simmering just run it through a fine mesh strainer (affiliate link) and skip allowing it to cool. Then add in the bourbon and lemon juice. Serve and enjoy! 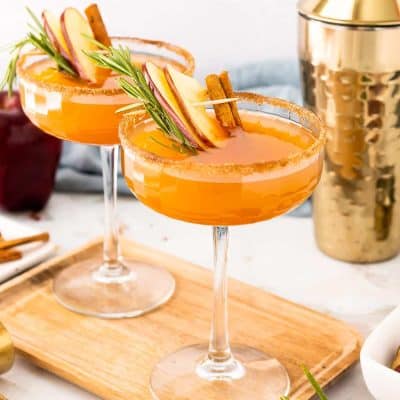